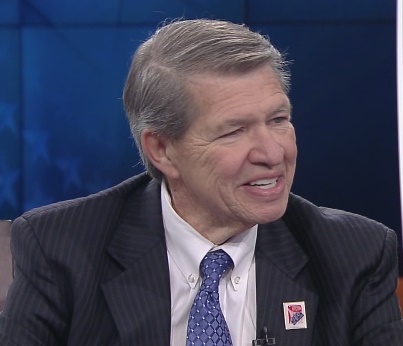 A key promoter of the IndyCar race in the Seaport District of Boston next year has a history of tax problems, including a federal criminal conviction for failing to file personal income taxes, according to public records.

Mark Perrone, the veteran racing executive who has worked for years to stage an IndyCar event in New England, pleaded guilty in US District Court in Boston in 1999 to two counts of willful failure to file timely income taxes in 1991 and 1992, according to court records, and was sentenced to two years probation and a $10,000 fine.

During the 1990s, the Internal Revenue Service and the state of Massachusetts put liens on his home in Ipswich multiple times for unpaid taxes, according to records at the Essex County Registry of Deeds. In 2003, court documents show Perrone was released from liens involving a balance of $323,288 that he owed the federal government for taxes between 1994 and 2000.

In 2014, Perrone again had liens placed on his home from the federal and state governments for nearly $16,600 in back income taxes and penalties from 2010 through 2012, according to Registry records. Also in 2014, a Texas mortgage servicing company initiated foreclosure proceedings on the Ipswich house.

In an interview Tuesday, Perrone said he is current on all his back taxes and his home is not under foreclosure. Perrone attributed his tax problems in the 1990s to his accountant at the time, whom he declined to name.

"It's not something I'm hiding. I'm fully aware of it; I'm fully out in front of it," Perrone said in a brief interview. "I basically had a dispute and I probably put some faith in an accountant I shouldn't have. I was responsible because I signed the returns. It's settled."

Perrone is chief executive of Boston Grand Prix LLC, which earlier in December signed a letter of intent with several state agencies that paves the way for the event to be held in September 2016.

But Perrone said he stepped back from the company several months ago because of health issues and is now playing a "very limited" advisory role.

A spokesman for Boston Grand Prix said Perrone's tax issues have no bearing on the event. The spokesman said the race "very well funded" by a "local group of private investors," but declined to provide details or documentation of the company's finances.

A former sports agent who once represented National Hockey League star Cam Neely, Perrone stressed that no taxpayer money would be used for the race. A spokesman pointed to the letter of intent that included a pledge by the company to assume 100 percent of the race's cost.

Taxpayers, Perrone said, "should have absolutely no concern whatsoever."

Perrone had earlier tried to bring an IndyCar race to Providence, R.I., and then in Foxborough at Gillette Stadium. A May press release from INDYCAR — formally, Indy Racing League LLC — said Perrone was "instrumental" in getting Mayor Martin J. Walsh to sign a deal with the company to hold the race in Boston in 2016, and annually for up to four years after that.

In a statement, a spokeswoman for Walsh said, "The City of Boston has been involved in detailed discussions with the Boston Grand Prix, which will continue until the event to ensure the maximum financial protection for the city." She did not respond to questions about whether the city was aware of Perrone's past.

Governor Charlie Baker's office did not respond to numerous requests for comment.

In advocating for the race, Walsh bemoaned Boston's culture of "no," saying residents here are too quick to automatically reject new things. His administration later criticized Boston Grand Prix for taking too long to consummate deals with state agencies.

IndyCar promoters have said the Seaport event will bring prestige and legions of fans to Boston, boosting the local economy. Races in other cities have a mixed track record — the long-running Grand Prix in Long Beach, Calif. is a cherished annual tradition, but efforts to establish a similar series in Baltimore ran into difficulty.

The Seaport race initially drew opposition from neighboring condo owners, who said it was illegal and would cause traffic and parking headaches for them. Boston Grand Prix later reached a settlement with the residents. Dan Adams/Boston Globe