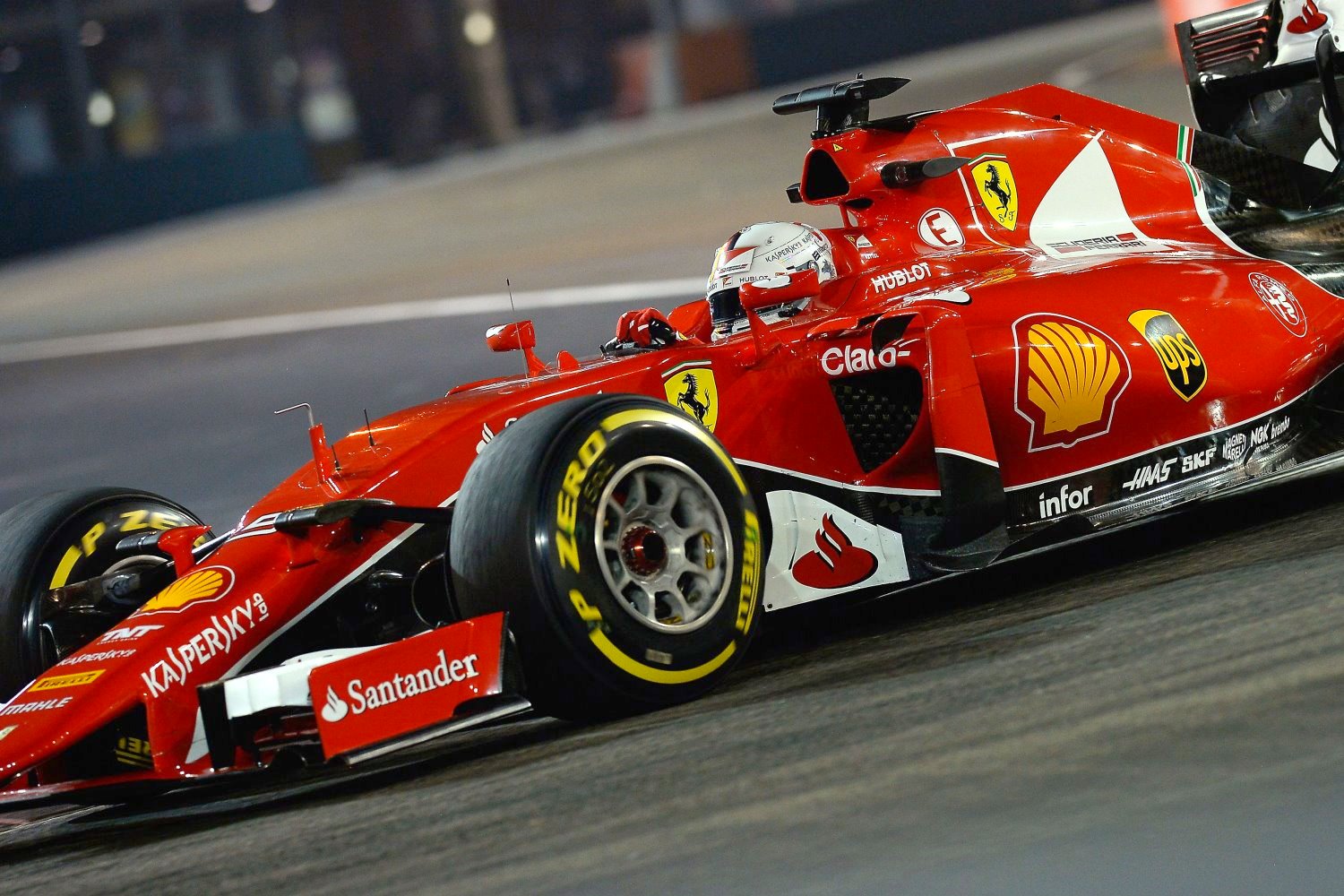 Formula One has everything a sports league could ever want. It boasts a storied history and a global, high-income fanbase. Its team owners are willing to shell out a combined $2.5 billion to fund their operations, and they do so fully willing to take a loss. And, put simply, F1 features the most exhilarating auto racing on the planet.

Chris Smith of Forbes writes – Yet F1â€²s investors have watched as the series has shed billions in value over the last few years, and a carousel of potential buyers interested in the undervalued series has yet to deliver a single person who liked what he found when he got a closer look. A deeper examination shows that F1 is mired in structural issues, ranging from financial inequalities among teams to an archaic corporate model, that are very likely the reason the series once valued at $12 billion is now worth just 70% of that.

The problems start on the track. The 2015 Formula One season featured yet another boring finish to yet another one-sided season. Only three drivers won a race, just six others ever made it onto the podium and Lewis Hamilton clinched his championship with three races left to go. That's hardly a new trend. Two teams have split the last six championships, and there hasn't been a truly exciting finish since 2012.

The race to be the sport's most valuable team is equally one-sided. Ferrari remains atop its throne and is now worth $1.35 billion, the same as last year and double the next most valuable team. Though Mercedes is surging fast on the heels of its second straight title win – the German outfit is now the second-most valuable team at $675 million – McLaren and Red Bull have both stalled.

We estimate that only Ferrari's owners came away with a profit, and even then it was a meager 4% of $450 million in revenue. Of course that's business as usual in the world's most expensive sport. F1 teams rarely operate with profit as a goal; rather, breaking even is typically a best-case scenario. Team owners instead rely on the sport's global audience for brand exposure and marketing value in lieu of straight dividends.

That explains why the top teams are more than happy to spend to win, but it's also become a big reason why so few teams are able to compete in what's increasingly a world of the haves and have-nots. Williams, now worth $400 million, is the only team outside the top four that's closer to the top than the bottom, thanks largely to a recent surge in performance and a new title sponsorship from Martini. For the rest of the field there isn't much good news.

Last year Caterham went under after a failed attempt at crowdfunding, marking at least the fifth time an F1 team has either folded or sold for pennies on the dollar in the last decade. Marussia only survived its recent bankruptcy thanks to a last-minute investment. Bottom-feeder teams struggling to keep up is nothing new, but last year also saw mid-tier teams Lotus, Force India and Sauber reportedly threaten to boycott the United States Grand Prix over the sport's financial pressures.

And that's to say nothing of the troubles involving the sport's head honcho. Billionaire Bernie Ecclestone, who elbowed his way into the executive ranks in the 1970s and remains the face of the sport, has long been credited for F1â€²s global success. But he's also become something of a liability given his seemingly constant legal entanglements.

In August 2014 a German court ordered Ecclestone to pay $100 million to settle bribery charges relating to a $44 million payment that allegedly greased the wheels of an F1 ownership stake sale. That embarrassment was compounded by the return of a British tax avoidance investigation that had initially been settled in 2008. Citing new evidence from the German bribery case, British tax investigators are currently seeking $1.6 billion from Ecclestone for his purported involvement with Bambino Holdings, an off-shore family trust that owns nearly 9% of Formula One.

Ecclestone has so far denied wrongdoing in both situations, though hands-on involvement is certainly his forte. He's been instrumental to managing F1's commercial rights negotiations, he's responsible for the individual deals that have each F1 team locked into the grid through 2020 and neither of those accomplishments compares to the spiderweb of F1 holding companies that Ecclestone has strung together over the years:

This chart doesn't even capture every subsidiary under the Delta Topco umbrella. F1 Licensing, for instance, is a direct subsidiary of F1 Asset Management based in the Netherlands, while Switzerland's Allsport Management is indirectly owned by Beta Holdings. And if you think that's confusing, try keeping track of the $14 billion in outstanding loans made between those holding companies.

A lack of on-track competition, teams that are hemorrhaging cash, an overly complicated corporate structure and a maligned magnate always in the headlines for the wrong reasons — it certainly doesn't sound like a recipe for success. And that combination might go a long way toward explaining how F1 has seemingly lost $4 billion overnight.

When lead F1 shareholder CVC Capital Partners sold 21% of its stake to investors — namely Waddell & Reed, BlackRock BLK -0.99% and Norges Bank — in May 2012, purportedly in advance of a market float in Singapore, the deal valued the series at $7.6 billion. The next month W&R invested a further $500 million, placing a $9.1 billion enterprise value on F1. Those Singapore plans were put on hold, but a year later reports suggested an imminent IPO would value the series at $12 billion.

Today? Plans of a public float have evaporated, and the valuation is plummeting. The latest in a seemingly endless line of sale rumors is that Stephen Ross, the billionaire owner of the NFL's Miami Dolphins, is partnering with Qatar to buy out CVC's controlling stake. In October the Financial Times went so far as to report that a tentative deal was in place that would value F1 at $8.5 billion, a sizable drop from the $12 billion peak. And two months later a deal has yet to materialize, suggesting this may just be CVC's latest failed attempt to get out of the sport.

The series valuation isn't the only number trending in the wrong direction. Formula One World Championship, the company that owns and exploits the commercial rights to F1 races, reported total revenue of $1.35 billion last year. That's a record high for the company, which also has no employees and thus spends close to nothing on operating expenses. In other words, the vast majority of income was profit: $1.13 billion.

But from that total some $863 million, or more than 75% of earnings, passed to the teams in the form of prize money. That left $265 million for stakeholders, a sizable dip over previous seasons (the company's EBITDA was $426 million two years ago). Tacking on F1â€²s marketing and hospitality interests adds a combined $430 million in revenue, but those are mostly break-even businesses; pre-tax profits totaled just $5.2 million.

That's not a great sign, and other indicators aren't much better. Sponsorship interest in the sport remains mostly flat, with only Williams' new $15 million-per-year Martini deal counting as a true highlight. Former stalwart McLaren still doesn't have a title partner, and these days teams are more likely to poach a corporate partner from another team rather than find a new investment from outside the sport.

Race viewership continues to fall. The worrying trend kicked off in a major way in 2012 when, seeking a bigger payday, F1 chose to split its British TV deal between free-to-air BBC and subscription network Sky Sports. But while F1 picked up a bigger rights fee, the move away from over-the-air race broadcasts cut British viewership in half overnight. It's continued to slip every year since, and those deals run through 2018. Similar moves to pay-to-watch networks in France and China reportedly cost the sport nearly 50 million more viewers.

One of the rare highlights has actually been American TV viewership, which has steadily climbed over the last few seasons. It's great timing given that F1's four-year TV deal with NBC has just one season left. And considering how valuable live sports telecasts have become, the sport's growing stateside popularity could be enough to fuel a bidding war between NBC and Fox, in turn granting a solid boost to F1â€²s bottom line.

But the United States doesn't hold the answer to F1's problems. Ultimately the series needs better competition if it wants to regain some of the global interest that's eroded in recent years, and it's not enough to hope the long-awaited rivalry between Sebastian Vettel and Lewis Hamilton, promising as it seems, will finally materialize.

Rather, given how directly linked on-track performance is to spending, it means leveling the playing field on a financial front. This isn't a new suggestion — the FIA was arguing for a spending cap as far back as 2009 — but it may be necessary, especially as the cost of competing continues to rise. Whether that means capping budgets or establishing a more equitable distribution of prize money is something for the sport's leaders to decide (and how they'll get powerhouse Ferrari to play along may be even harder to figure out), but for now it seems one of the world's most popular sports has only itself to blame for leaving billions on the table. Chris Smith/Forbes