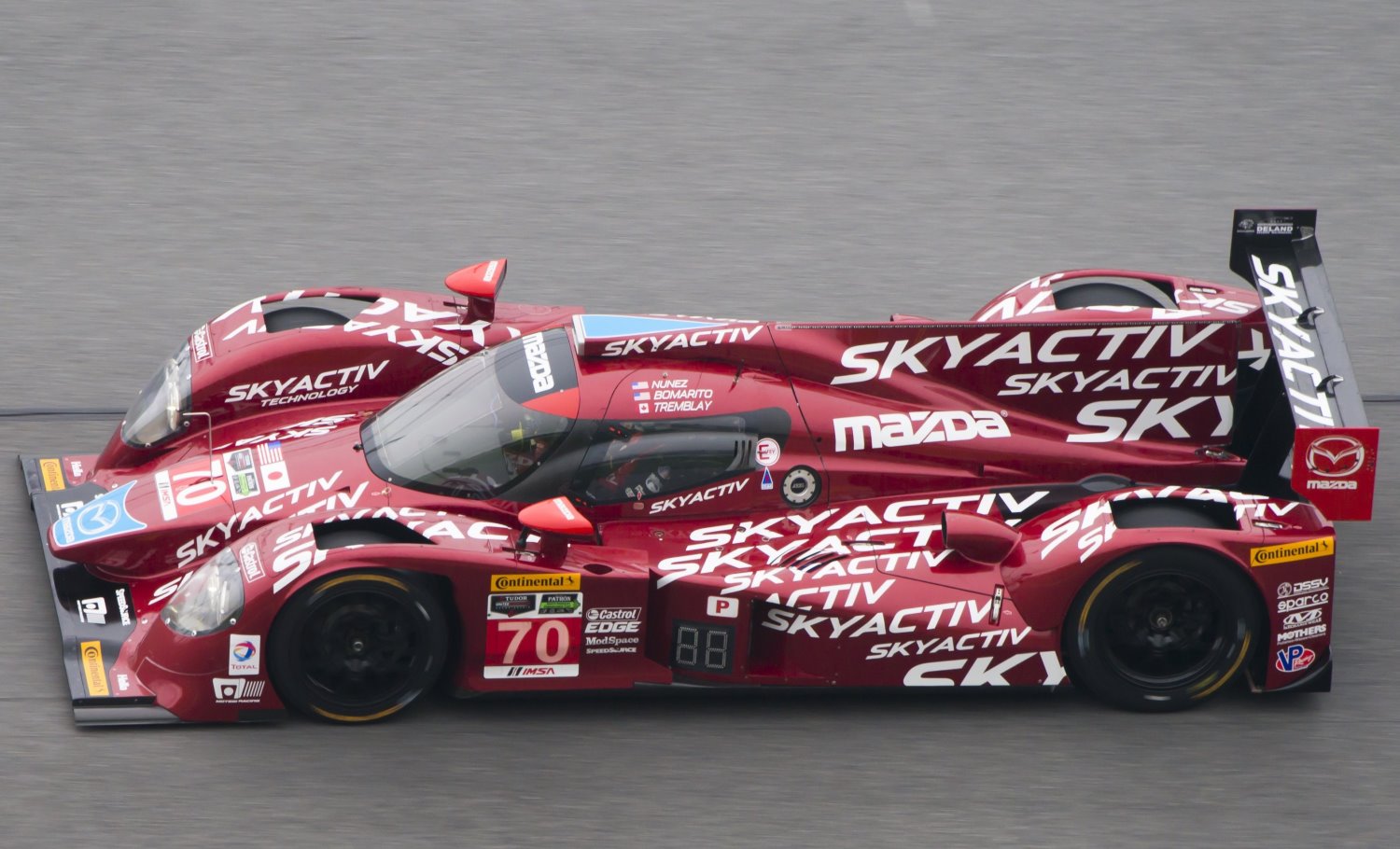 While some things will change for the Mazda Prototype team in the 2016 IMSA WeatherTech SportsCar Championship, the full-season driver lineup will remain the same. Behind the wheel of the two Soul Red Mazda Prototypes will be factory drivers Jonathan Bomarito, Tristan Nunez, Tom Long and Joel Miller. Additional drivers for the four endurance races, including the Rolex 24 at Daytona, will be revealed in the near future.

"We couldn’t be happier that each of our Mazda Prototype drivers return to the team for 2016," said John Doonan, director of motorsports for Mazda North American Operations. "In addition to being top-notch drivers, we couldn’t ask for a better group of gentlemen to represent the Mazda brand in the premiere level of our Mazda Road to 24 sports car program. Each of them has a never-ending positive attitude that doesn’t waver. We expect more success on the race track this year, and we believe we have four racers who can bring those results to Mazda."

The Mazda Prototype team is the top step of the Mazda Road to 24 (#MRT24), a ladder-system of scholarships in sports car racing. The Mazda scholarship program allows drivers to move up from grassroots racing into a number of pro racing categories. Each of the four Prototype drivers have come through a variety of Mazda racing categories to reach the top level of sports car racing.

Jonathan Bomarito (Twitter: @JBomarito) The 33-year-old native of Louisville, Tenn. returned to the Mazda fold in 2015 after nearly winning the GTLM drivers title in 2014 with the SRT team. The versatile racer has six career victories in the top categories of American road racing. He has a long history with Mazda, most prominently winning the GT class at the Rolex 24 at Daytona in 2010 in a rotary powered Mazda RX-8. This is his second season behind the wheel of the Mazda Prototype.

Tom Long (Twitter: @TomLongRacing) In January, Long became the first Mazda driver and the first with diesel power to lead overall in the 53-race history of the Rolex 24 at Daytona. Long, a noted driver coach, finished seventh in the Prototype class driver points last year and enters his third season in the top IMSA sports car category. The 33-year-old resident of Charlotte, N.C., is a former Pro Miata (now Battery Tender Mazda MX-5 Cup) champion, and has been the lead development driver for the brand-new Mazda MX-5 Global Cup car that will make its professional racing debut in 2016.

Joel Miller (Twitter: @JoelMilleracing) The native of Hesperia, Calif. paired with Long to finish seventh in the Prototype driver standings in 2015. Miller is a rare professional driver who is also a mechanical engineer, receiving his degree from the University of California, Riverside. Miller, 27, is the featured presenter of the Mazda STEM (Science, Technology, Engineering and Math) program called Racing Accelerates Creative Education (R.A.C.E.). The racing-themed educational presentation has reached more than 16,000 high school students across the United States since 2014, and is a part of the Mazda Drive for Good, a national program that gives back to local communities and charities. Miller moved to sports cars after an open-wheel career, and is the official driver coach/mentor for the Mazda Road to Indy open-wheel driver development program.

Tristan Nunez (Twitter: @TristanNunez) Nunez has been a Mazda driver since his professional career began in 2012. The resident of Boca Raton, Fla. turned 20 years old in the off-season, and still retains records as the youngest race winner and series champion in U.S. professional road racing history. Nunez won the championship in the 2012 Cooper Tires Prototype Lites powered by Mazda series, and the open-wheel Walter Hayes Trophy at Silverstone in England the same year. Nunez created his own distracted-driving program, the Dnt txt n drV Foundation, and has made many presentations across the country to young students, emphasizing the dangers of distracted driving.

Mazda became the first (and still only) Asian manufacturer to win overall at the 24 Hours of Le Mans in 1991. The winning rotary powered Mazda 787B prototype carried the number 55, which will return to Mazda Prototype racing in 2016 – which also marks the 25-year anniversary of the groundbreaking Le Mans victory. Bomarito and Nunez will be teammates in the 55 car, with team strategist and chief engineer Marcus Shen.

Miller and Long will pilot the No. 70 Mazda Prototype, which is also an historic number for the automaker. The No. 70 twice won the Rolex 24 at Daytona in the GT category in 2008 and 2010. Zach LaGrone is the strategist and lead engineer for the team.