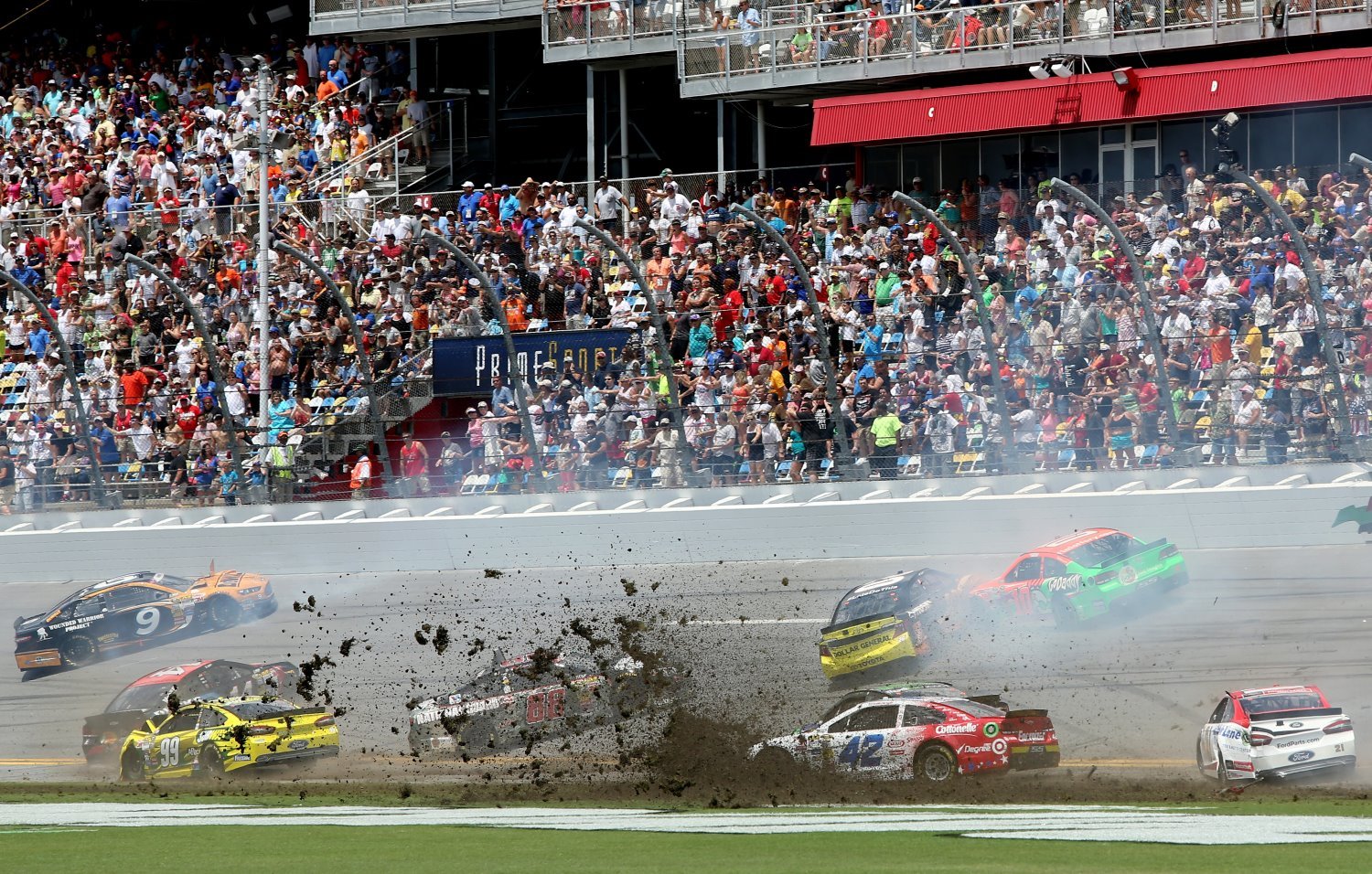 Looking ahead to 2016, track president Joie Chitwood III Chitwood says the track will be safer for competitors and fans thanks to additional SAFER barriers and grandstand seats built higher and away from the catch fence.

The Speedway had two chilling moments in 2015. Toward the end of the Speedweeks' Xfinity Series race, driver Kyle Busch broke his leg and foot when he crashed hard into the inside retaining wall.

In response to the crash, Chitwood said every inside retaining wall around the 2.5-mile tri-oval now has steel and form energy reduction (SAFER) barrier protecting drivers when racing resumes in January. Since the end of Speedweeks, the track has added >8,600 linear feet of SAFER installation, which is designed to absorb the shock of impact of a crashing race car. Then on the last lap of July's Coke Zero 400, which was delayed several hours by rain, Austin Dillon's car launched from the track surface into the catch fence, injuring 13 fans, sending one to the hospital.

With the Daytona Rising design, fans will be less likely to deal with catch fence debris in the event of an incident. "With the new stadium, the set-back and raised first row provides an additional element to make sure we have our fans in a safer environment for the racing on the track" Chitwood said. "Whether it is SAFER barrier, the set-back of the seats and height of the first row, I think we have done a really good job for 2016. The goal is to make sure fans have a safe and great experience, no different for our drivers." Daytona Beach News-Journal