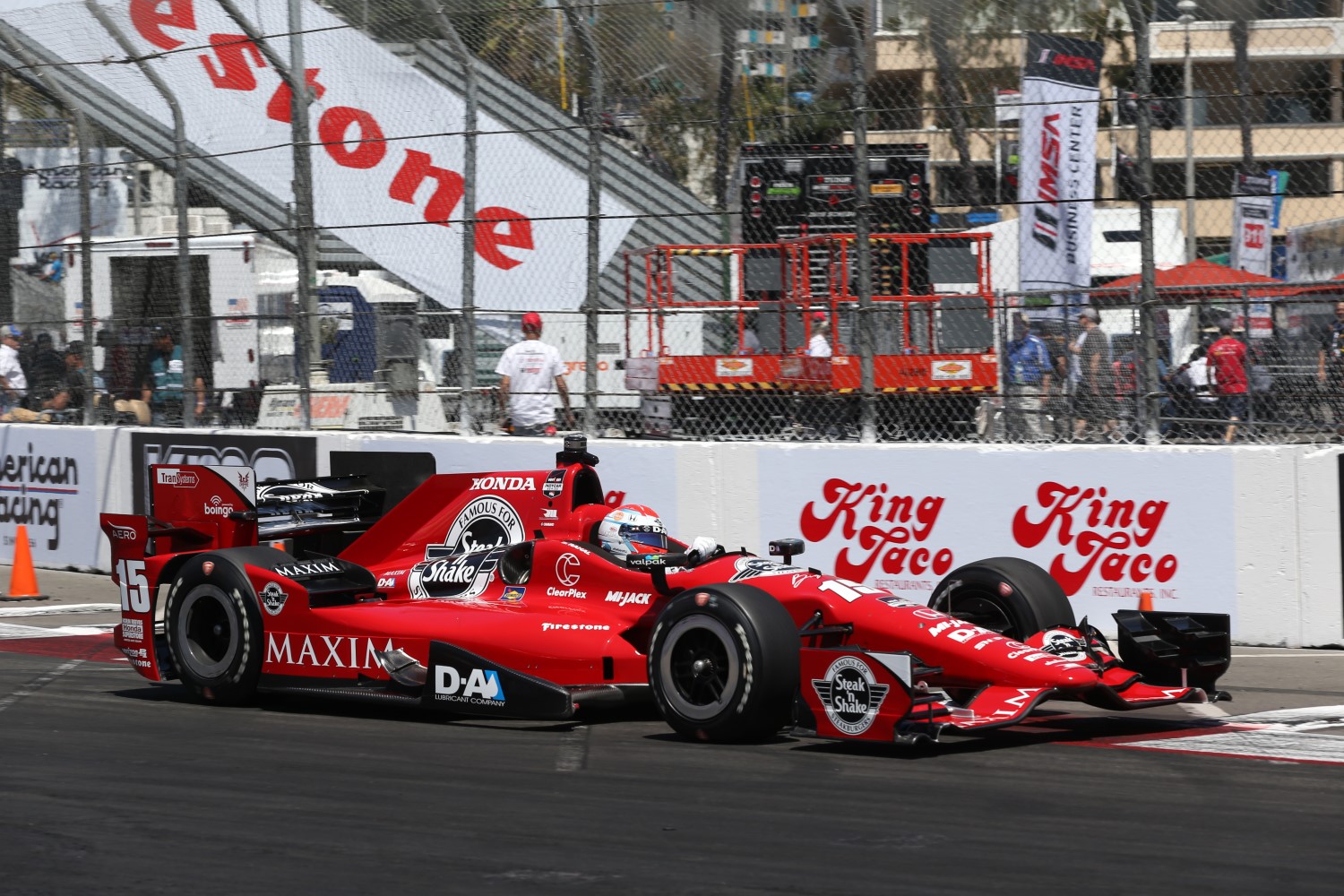 BROWNSBURG, Ind. (December 10, 2015) – Rahal Letterman Lanigan Racing (RLL) announced today that Steak 'n Shake, a classic American brand and home of the original Steakburger and hand-dipped milkshakes, will return for a second season of sponsorship after a successful partnership in 2015.

Steak 'n Shake will be the primary sponsor of Graham Rahal's Honda entry at five 2016 Verizon IndyCar Series events including races in St. Petersburg, two events at Indianapolis Motor Speedway, Mid-Ohio and Sonoma. Maxim Magazine branding will continue to be prominently featured on the race car. Both are owned by Biglari Holdings Inc.

"We are absolutely excited about extending our partnership with Rahal Letterman Lanigan Racing for the 2016 IndyCar series," said Sardar Biglari, Founder, Chairman and Chief Executive Officer of Biglari Holdings Inc.

Steak 'n Shake began their racing involvement as the primary sponsor for six races at five venues in 2015 as well as an associate sponsor for the full season. The company added primary sponsorship for the penultimate rounds of the season to support Graham Rahal's championship bid. The sponsorship featured elements like an exclusive Steak 'n Shake bow tie-themed fire suit, in-store fan events and social media engagement. Graham also created a signature Steak 'n Shake milkshake, which he drank after each podium finish during the season.

"We are very pleased that Steak 'n Shake will be back with us in 2016," added Bobby Rahal, co-owner of Rahal Letterman Lanigan Racing. "The 2015 IndyCar Series season was a great one for us both on track and off and our partnership with Steak 'n Shake was one of the many highlights. We are looking forward to building on that success together in 2016."

RLL was a championship contender entering the season-finale of the 2015 Verizon IndyCar Series with Graham Rahal, who was ranked a career-best second place entering the double-points race at Sonoma Raceway and the highest Honda-powered driver. He was in sixth place with nine laps to go but was hit from behind and ultimately finished 18th in the event and fourth overall in series standings. Rahal earned a series-high six podium finishes including wins at Auto Club Speedway and Mid-Ohio Sports Car Course in 2015.

The 2016 Verizon IndyCar Series season begins on March 13 with the Firestone Grand Prix of St. Petersburg which will be televised live on ABC at 12:30 p.m. ET. The season consists of 16 events and includes a return to historical venues, Phoenix International Raceway and Road America, as well as an inaugural event in Boston. Rahal Letterman Lanigan Racing