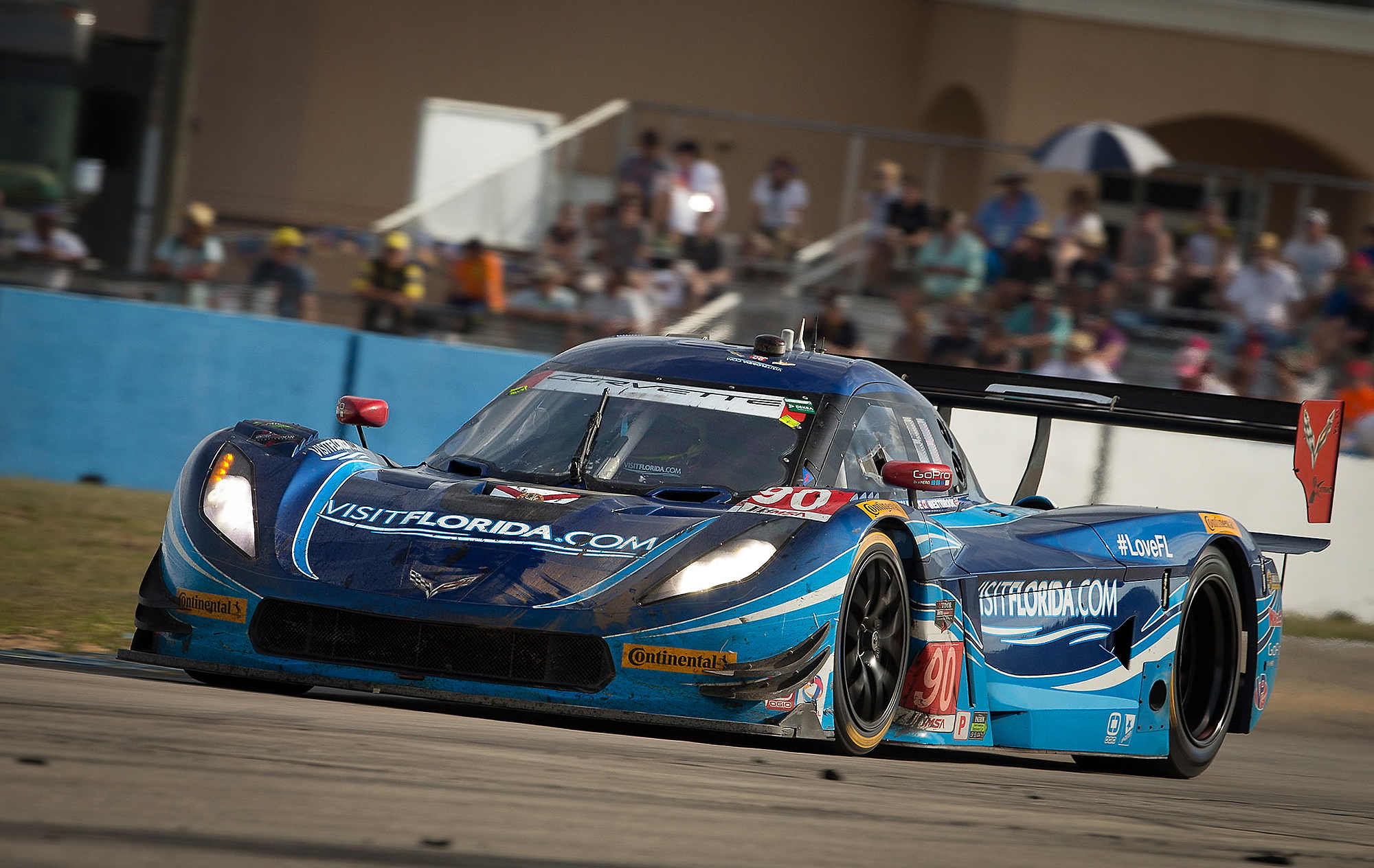 After scoring third in the 2015 running of the Rolex 24 At Daytona, Visit Florida Racing is aiming for victory in the 2016 edition of the classic endurance race at Daytona International Speedway to open the 2016 IMSA WeatherTech SportsCar Championship.

The open-wheel ace will join Goossens and Dalziel for three rounds of the Tequila Patron North American Endurance Cup with the Rolex 24 At Daytona, 12 Hours of Sebring, and the season-ending Petit Le Mans at Road Atlanta.

The 2014 Indianapolis 500 winner will also be tabbed for sprint race action as he teams with Goossens at the Long Beach Grand Prix to stand in for Dalziel, who will be fulfilling his World Endurance Championship commitments at Silverstone that weekend.

Having won the 2010 Long Beach Grand Prix in IndyCar competition, Hunter-Reay knows the quick way around the 1.968-mile, 12-turn street circuit. With more race wins than all other active American IndyCar drivers combined, Hunter-Reay has a proven track record.

Though new to the Visit Florida Racing team, the 2012 IndyCar Champion has a vast amount of experience in the sportscar ranks. He’s made 28 IMSA starts with wins at Miller Motorsports Park and Sebring. The 2011 Sebring 12 Hour LMP2 class winner has also stood on the podium in the Rolex 24 At Daytona three times (2010, 2013, & 2014) as well as at Road Atlanta in 2014.

"This is an incredible opportunity to join Visit Florida Racing at the top of their game with such an outstanding driver lineup in Marc (Goossens) and Ryan (Dalziel)," said Hunter-Reay. “I believe we have a strong shot at winning the big endurance races and I’m also looking forward to the double duty challenge at Long Beach, which is one my favorite race tracks. The atmosphere and approach from within the Visit Florida Racing team seems to be a great fit for me and there are lots of very talented people there who are hungry for more wins. I’ve worked, and shared success, with both Marc Goossens and Ryan Dalziel in the past so we’re going to be able to shortcut the process and get to work immediately on car setup. I couldn’t have asked for better teammates heading into the 2016 IMSA season."

Visit Florida Racing was a perfect fit for Hunter-Reay, who has long called Fort Lauderdale, Florida home with his wife and two young sons. When not at a racetrack, Hunter-Reay can be found enjoying the Florida sunshine boating and big-game offshore fishing.

"This is also a great opportunity to represent Visit Florida as an ambassador," added Hunter-Reay. “I’m a proud Floridian having grown up here and now raising a family in Fort Lauderdale, I’m extremely proud of my home state and all it has to offer."

“Ryan (Hunter-Reay) is a phenomenal talent, and with us wanting to have our long-distance guy also be our Long Beach guy, he was a perfect fit so we’re really happy," said team owner Troy Flis. “We know he can just get in the car and get on with it, and of course he’s worked with Marc (Goossens) and Ryan (Dalziel) in the past so that will only add to our ability to be strong as a team. It’s even better that he’s from Florida and is a great ambassador for the state."

Hunter-Reay will join Dalziel and Goossens in the No. 90 Visit Florida Racing Corvette DP for the annual Roar Before the 24 test days January 8-10 ahead of the 54th running of the Rolex 24 At Daytona on January 30-31.