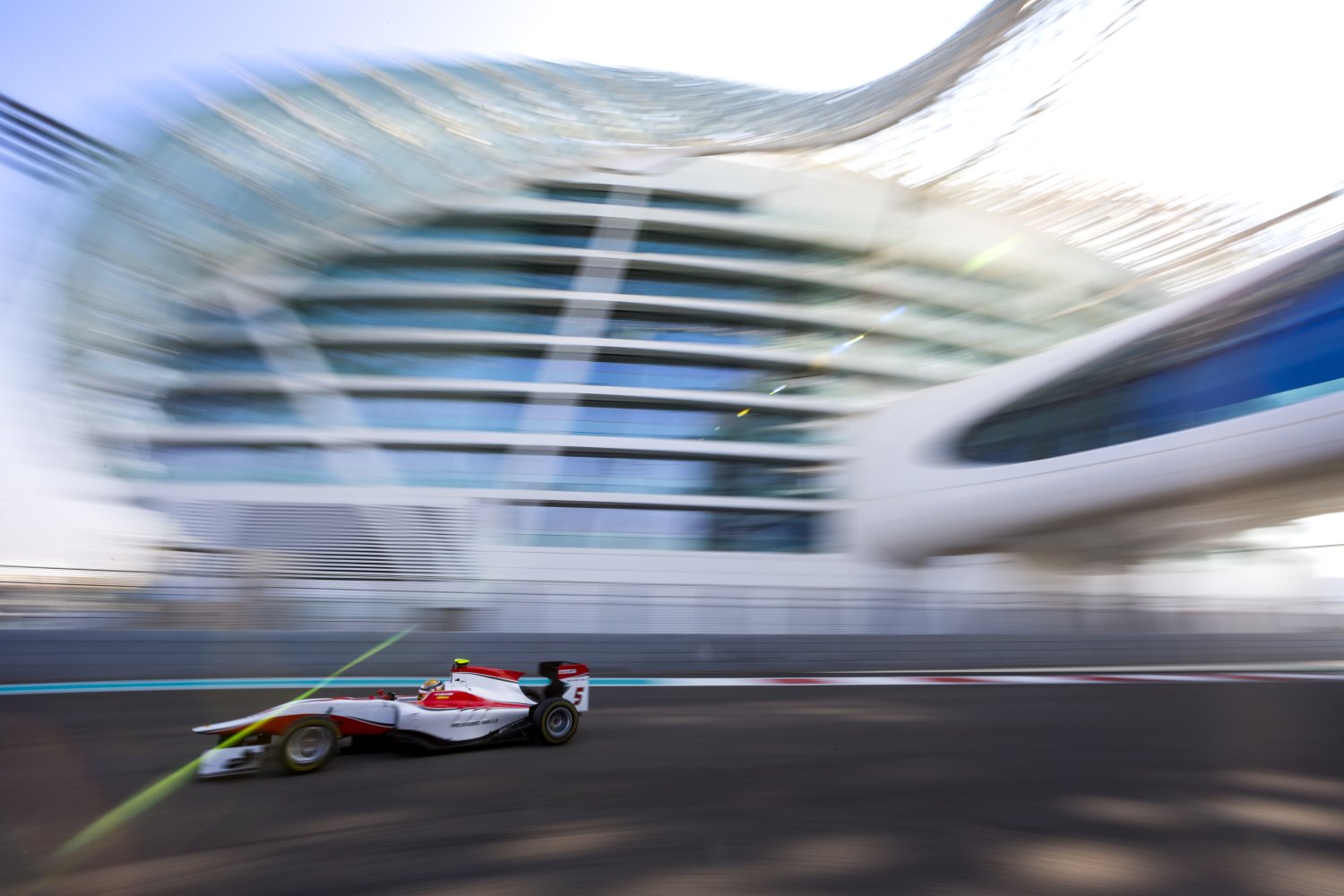 Monegasque driver Charles Leclerc posted the quickest time in both the morning and afternoon session on the third and final day of post-season testing. His best laptime of 1:54.571 was 0.220ss faster than Kevin Joerg (testing for Arden International). Jake Hughes was third (Arden).

On day three of testing around the Yas Marina Circuit in Abu Dhabi, there was one new face to the line-up: Argentine Marcos Siebert came in to test the #20 Jenzer Motorsport machine. Koiranen GP's Matthew Parry led early on in the session ahead of Leclerc – the Monegasque driver returning to the French squad for the final day of the test.

Parry was first to dip into the 1m55's until Hughes went top. The Arden tester improved on his next lap to increase the deficit to Parry to 0.164s. There was a short stoppage in proceedings when Santino Ferrucci (Status Grand Prix) stopped on track.

Once the track was green, Joerg wasted no time in heading to the top of the timesheet to lap three tenths faster than Hughes. There was a second red flag period when Nabil Jeffri (Koiranen GP) made contact with the barrier at Turn 20 and damaged his rear wing.

As the final session of the season got underway – Boschung set the initial pace before Leclerc returned to the top spot. Hughes was first to break into the 1m55's before Albon bettered his time with Joerg up to third. Leclerc again showed his pace to re-take P1 with him and Albon trading the top spot numerous times as they both gained time. Swiss rookie Joerg lapped a tenth faster than the pair, but it was only a matter of moments before Leclerc reclaimed the head of the timesheet with the best time of the three day test-session. The Monegasque debutant was first set to set a time within the 1:54's which was six tenths faster than Joerg.

The Arden tester responded to close the margin down to two tenths as the clock ticked down but we and the remainder of the field were unable to challenge the marker laid down by Leclerc. At the checkered flag behind Leclerc and Joerg were: Pulcini, Tereshchenko, Albon, Parry, Aitken, Steijn Schothorst (Trident) and Santino Ferrucci (Status Grand Prix).