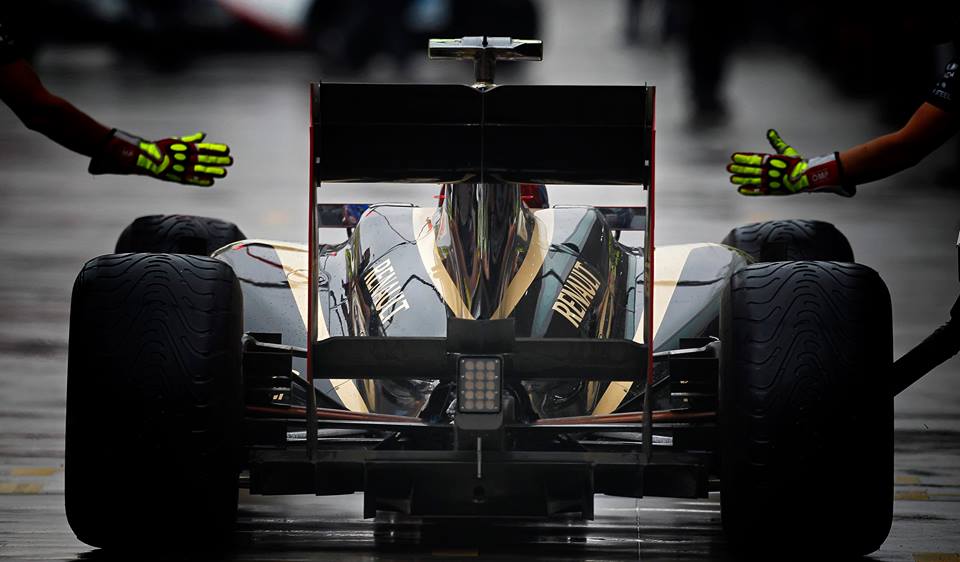 From CEO Carlos Ghosn:
Following the September announcement of the signing of a Letter of Intent with Lotus, teams at Renault continued to evaluate the possibility of a return to Formula 1. Particular attention was paid to competing successfully with its own team in a financially sound way starting in 2016.

“Renault had two options: to come back at 100 percent or leave. After a detailed study, I have decided that Renault will be in Formula 1, starting 2016. The final details supplied by F1’s main stakeholders gave us the confidence to accept this new challenge. Our ambition is to win–even if it will take some time," said Carlos Ghosn, Chairman and CEO, Renault.

As a full team, Renault will take maximum benefit from its victories. The payback as an engine supplier proved to be limited. The return on the investment necessitated by the new engine regulations and the return in terms of image were low.

Work continues on finalizing the terms of the acquisition of the Lotus F1 Team in the shortest time frame possible. The principal contracts were signed on December 3, 2015. The Lotus F1 Team effectively stands out as the best partner. Renault and Lotus F1 have known each other for 15 years and were world champions together in 2005 and 2006.
Renault has had uninterrupted involvement in Formula 1 for almost 40 years. In 1977, it revolutionized the championship with the introduction of turbocharging, a technique that soon became the norm in the sport. Renault has since taken part in more than 600 grand prix, claiming 168 race wins, 12 Constructors’ titles and 11 Drivers’ crowns.

Renault’s decision to continue its involvement in Formula 1 is confirmation that it sees motorsport as an essential part of the brand’s identity. Formula 1 is the ultimate symbol of the passion for automobiles. Passion defines Renault as expressed by its brand signature, ‘Passion for Life’. In addition to attracting many customers, Formula 1 also fuels employee motivation. As the pinnacle of motor sport, Formula 1 demands technological and operational excellence. The championship serves as a showcase for the technological expertise that Renault dials into its products for the benefit of its customers.

Formula 1 is a means for Renault to accelerate development and remain at the forefront of the sport’s technological progress. It simultaneously allows Renault to build bridges between the advanced technologies seen in the world championship and its road cars, particularly in the fields of electric and hybrid vehicles. Consistent with its commitment to F1, Renault will develop its R.S. range by stepping up investment in order to be active on every continent and in even more segments with vehicles that meet the needs of their different markets.

Formula 1 serves to promote awareness of the Renault brand and its image in all its markets across the world. Formula 1 is one of the sports that enjoys the most media coverage worldwide thanks to a following on five continents, particularly in emerging markets. It attracts 450 million television viewers annually and its scope for growth is enormous thanks to opportunities founded on new technologies, social networks, video games, etc. that have yet to be fully exploited.

In January, we will provide more detailed information about Renault’s F1 program ahead of the 2016 championship that begins next March.