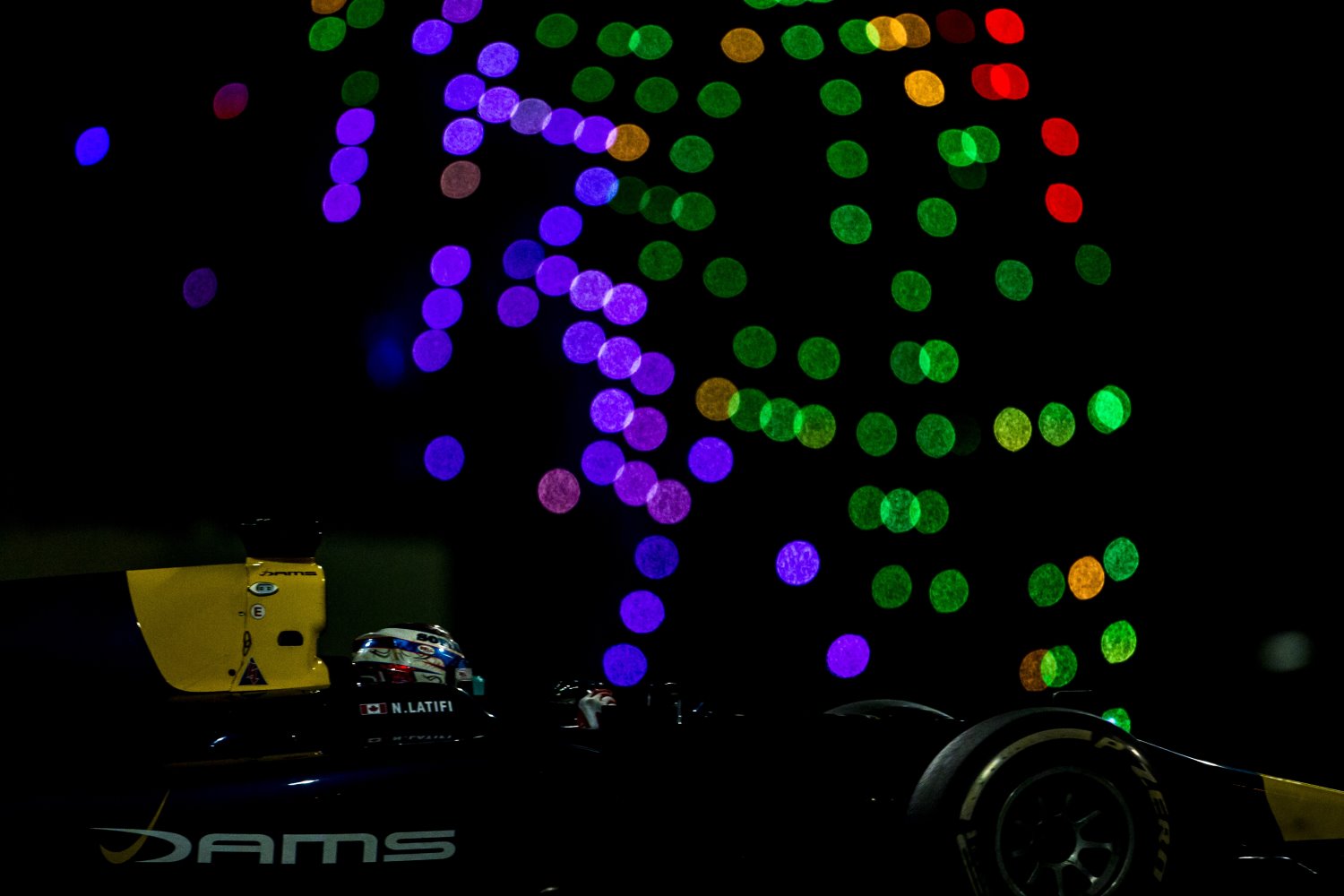 Nicholas Latifi topped the second day of post-season testing at Yas Marina Circuit: at the wheel of a DAMS car, the Canadian clocked in a laptime of 1:47.860 in the final stages of the evening session. Norman Nato and Sergey Sirotkin completed the top three.

Day 2 of post-season testing opened at 12.00 in hot temperatures and with the twenty-four cars on Medium tires. Some familiar faces returned to the field whilst some drivers switched teams. It was Richie Stanaway who set the pace in the opening minutes for Carlin, but Pierre Gasly who has switched to RUSSIAN TIME for the day, went top with a laptime 0.244s better than the New Zealander. However, the Frenchman did not sit pretty at the top for too long after Latifi (DAMS) found some extra pace. P1 was then claimed by Negrao at the wheel of the Rapax car with a laptime of 1:49.103.

Forty minutes into the session, the proceedings were briefly halted to collect some debris at Turn 1. At the re-start, Latifi went quickest leaving Negrao 0.078s behind. But with one hour left in the session, Markelov also improved to head the time-sheet just before a second red flag period which was caused by Mitch Evans stopping his Campos car on the track. The track went live again but was quickly red flagged for a third time after Gasly stopped at the exit of Turn 7.

The evening session opened at night time and in cooler temperatures. There was one driver change as Antonio Giovinazzi replaced Stanaway at Carlin. Alex Lynn set the early pace ahead of Markelov before Yelloly dipped under 1m49s to go top, but Markelov improved on the next lap to edge the Brit out. Thirty minutes into the session, Felix Rosenqvist made contact with the barrier halting the proceedings whilst the marshals repaired the tech pro.

The track went live again with 1h20min left before the checkered flag. Sirotkin was able to improve and put his Rapax car at the top of the timings as his teammate Negrao moved up to P2. In the closing stages, Latifi found some extra pace to break the 1m48s barrier and with a laptime of 1:47.860 claimed the top spot. Nato also improved to take P2 – one tenth slower than the Canadian driver.

Behind the pair, Sirotkin, Lynn, Yelloly, Negrao, Gasly, Markelov, Evans and King completed the top ten. Tomorrow’s session will once again start at 12.00 and will run until 14.30. The proceedings will resume then at 18.00 and will end at 20.30.