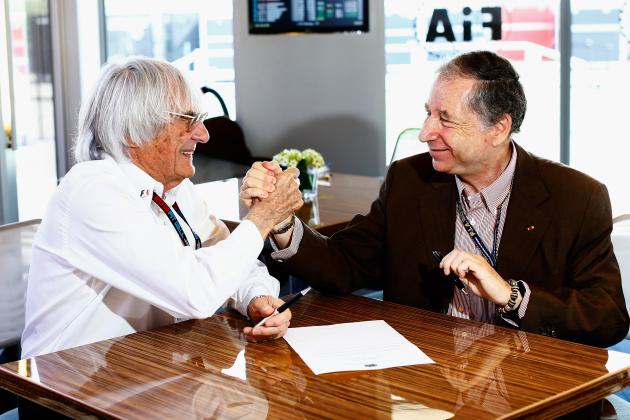 UPDATE To help struggling Renault and Honda, the FIA also said a similar level of in-season engine development would be allowed in 2016 through the current system of 'tokens', which had been due to go down to 25 but would remain at 32.

The allowance will then drop to 25 in 2017 and 20 in 2018, which will discourage any new engine manufacturers from entering F1.

12/02/15Today the FIA World Motorsports Council also approved a mandate for FIA President Jean Todt and F1 CEO Bernie Ecclestone to make recommendations and decisions regarding a number of pressing issues in F1 such as governance, power units and cost reduction.

Todt and Ecclestone expressed their intention to establish conclusions on these matters by Jan. 31. In addition, the council was advised that FIA had agreed for Ferrari to supply a fourth customer team with a '15-specification power unit in '16 which is slated for Toro Rosso.

As reported earlier the other change made today was to the 2016 F1 schedule.