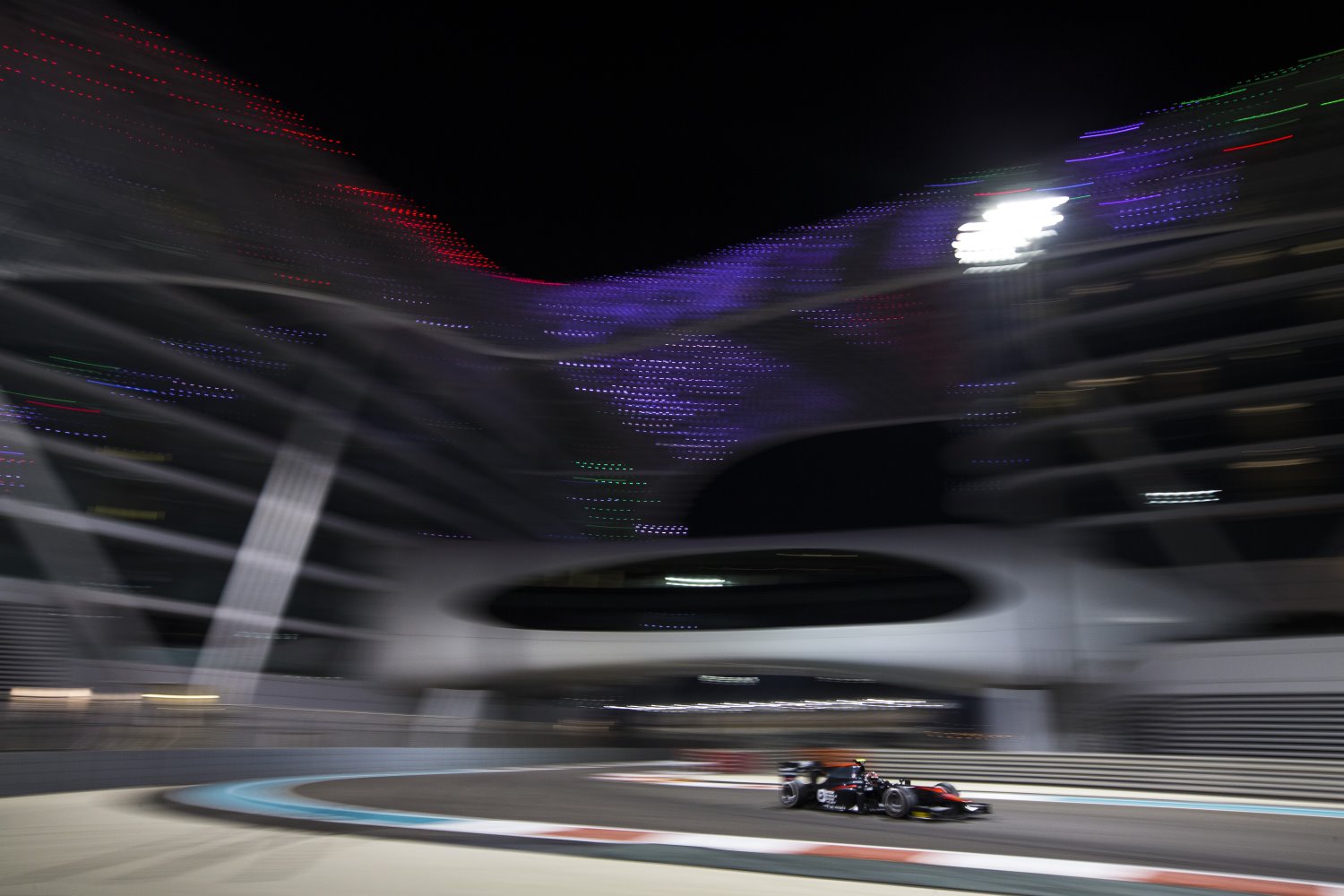 Nobuharu Matsushita dominated day 1 of post-season testing at Yas Marina Circuit: the Japanese ace set the quickest laptime of both sessions at the wheel of his ART Grand Prix car. Nicholas Latifi and Pierre Gasly completed the top 3.

It was night time when the pitlane went green again. Jordan King set the early pace, but Matsushita returned to P1 with a 1:48.909 – four tenths better than his teammate Rowland who moved up to P2. The Brit then found some extra pace reducing the gap to the Japanese, but not enough to claim the top spot.