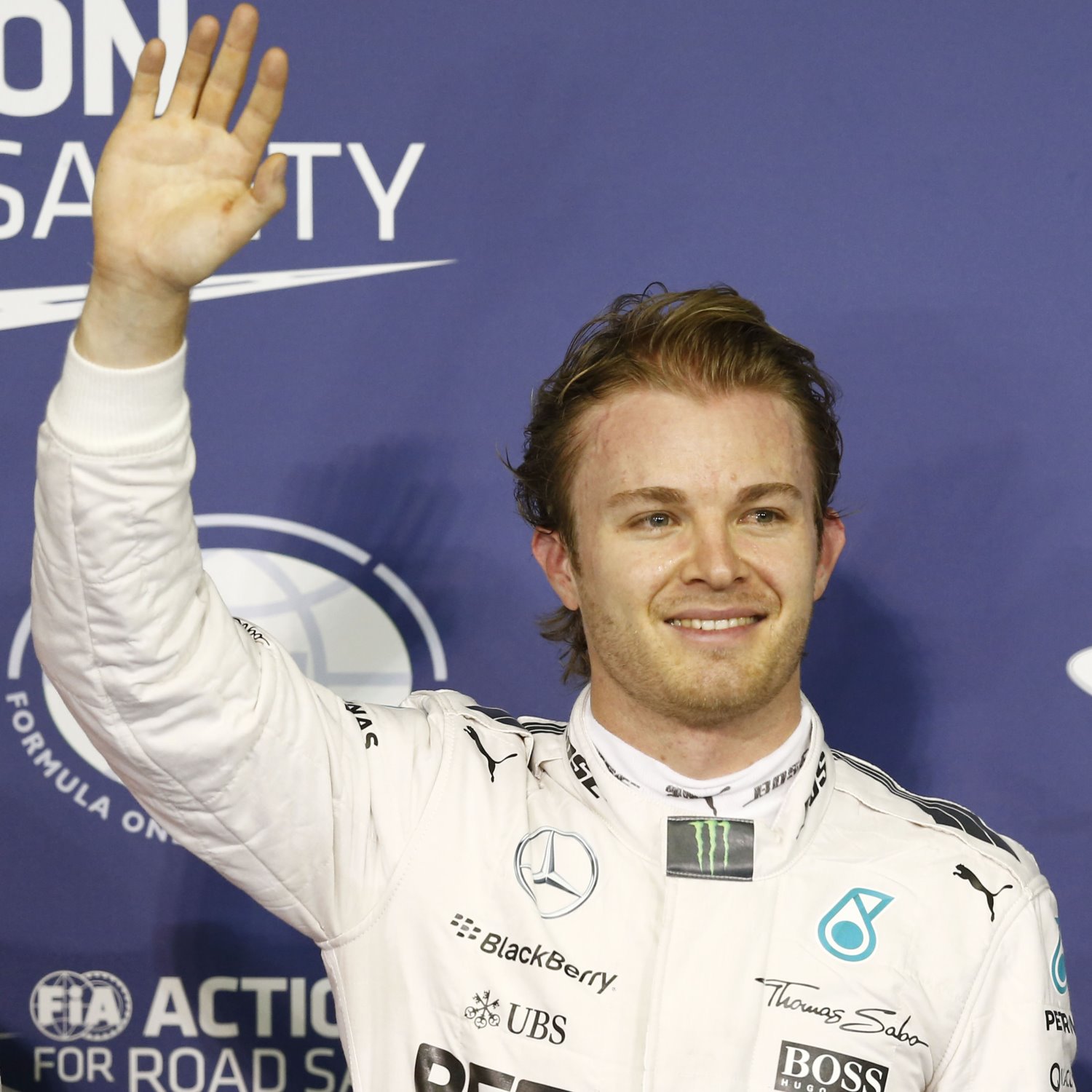 "I think being world champion sounds a lot better than winning the race".

That was Lewis Hamilton's reply in the post-Abu Dhabi Grand Prix press conference when both Mercedes drivers were asked which of them would go into the winter break the happier man. Nico Rosberg's three victories on the bounce have all come with the footnote that Hamilton had already wrapped up the world championship at the U.S Grand Prix in late October. Hamilton's response was a gentle reminder of that fact to the German in Abu Dhabi.

The phrase "garbage time" is used in American sports to describe the final part of a game when the result has already become a forgone conclusion. Both teams rest starters and, as a result, the quality of play drops and players who might not have done otherwise find themselves the recipient of glory at the end of a contest. While Mercedes did not ease up in its pursuit of three consecutive one-two finishes there is a big difference between beating a championship rival and beating a man who has already won the championship.

Hamilton's lackluster end to the season has not been fully explained, though the fact that he has struggled on Saturdays since the Singapore Grand Prix suggests he makes a fair point when suggesting set-up changes made after that race have swung the balance towards Rosberg. But even in spite of those changes, in Japan and Austin Hamilton responded to losing out on pole position by aggressively taking first position from his team-mate at Turn 1. The latter infuriated Rosberg but was proof of Hamilton's desire to lay it on the line to win the title. The same aggression was not apparent at the first corner in Mexico, Brazil or Abu Dhabi.

In two seasons, Rosberg has still not caught and passed Hamilton for the lead of a grand prix on the race track. He passed him off the line in Austria after executing a better start and in Monaco when Hamilton exited the pit lane following Mercedes' disastrous decision to pit the British driver during a late safety car period. But in two years and 38 races there has not been an instance where Rosberg has chased Hamilton down and forced the British driver to yield. That cannot continue next year if he wants to be champion.

Coming into 2015, Rosberg insisted race craft was the main area he needed to work on and his qualifying struggles early in the season suggested he was focusing more on his set-up for Sunday afternoons in an attempt to complement that. He is correct that he has just been quicker than Hamilton in the final races of the season, especially in qualifying, where he has registered six straight pole positions. Qualifying turned out to be even more important this year than last with the Mercedes W06 difficult to follow and with the team reluctant to give the second-placed man an alternative strategy.

Hamilton's dissatisfaction with the W06 from Japan onwards might have been genuine, but whatever advantage Rosberg gained from supposed changes to the car might disappear when the team unveils its W07 early next season. Mercedes' trialing of an 'S-duct' on the nose in Brazil came as boss Toto Wolff said the team is considering some revolutionary ideas for next year's car to keep Ferrari at bay.

There are also Hamilton's off-track activities to consider. The Brit's personal life was once again made newsworthy in Abu Dhabi after McLaren CEO Ron Dennis said he would not be allowed his current lifestyle at McLaren. This was in reference to the world champion arriving at the Brazilian Grand Prix after being involved in a minor car crash he attributed to heavy partying. If this had any impact on Hamilton's end of season form it is no fault of Rosberg's but is significant in explaining the story to the end of 2015.

Perhaps, if it is the case, Hamilton should look at Vettel's incredible finish to the 2013 season, where the German's record nine consecutive victories included the final three races of the year when he had already been confirmed champion. But every driver and individual is different — for example, it's hard to imagine Kimi Raikkonen not having a yacht party or two had he won the title before the final round in 2007.

Rosberg deserves credit for getting his head down after a race- and championship-costing mistake in Austin and beating one of the best drivers of the modern era comprehensively on three consecutive race weekends. But, in a calendar as long as the modern Formula One season, it must be asked where that determination was between June and November or for the first four races of the season, or even where it was after the Belgian Grand Prix last season, when Hamilton swung the championship in his favor by winning six out of the seven remaining races.

There is no doubting Rosberg is supremely quick — this is a man who set the fastest lap on his F1 debut, beat Michael Schumacher in his three comeback seasons and out-qualified Hamilton last year. On his day he is incredibly difficult to beat, but to join Damon Hill as a second generation world champion he will have to ensure those days are far more frequent next year than they have been in 2014 and 2015. Nate Saunders/espn.co.uk