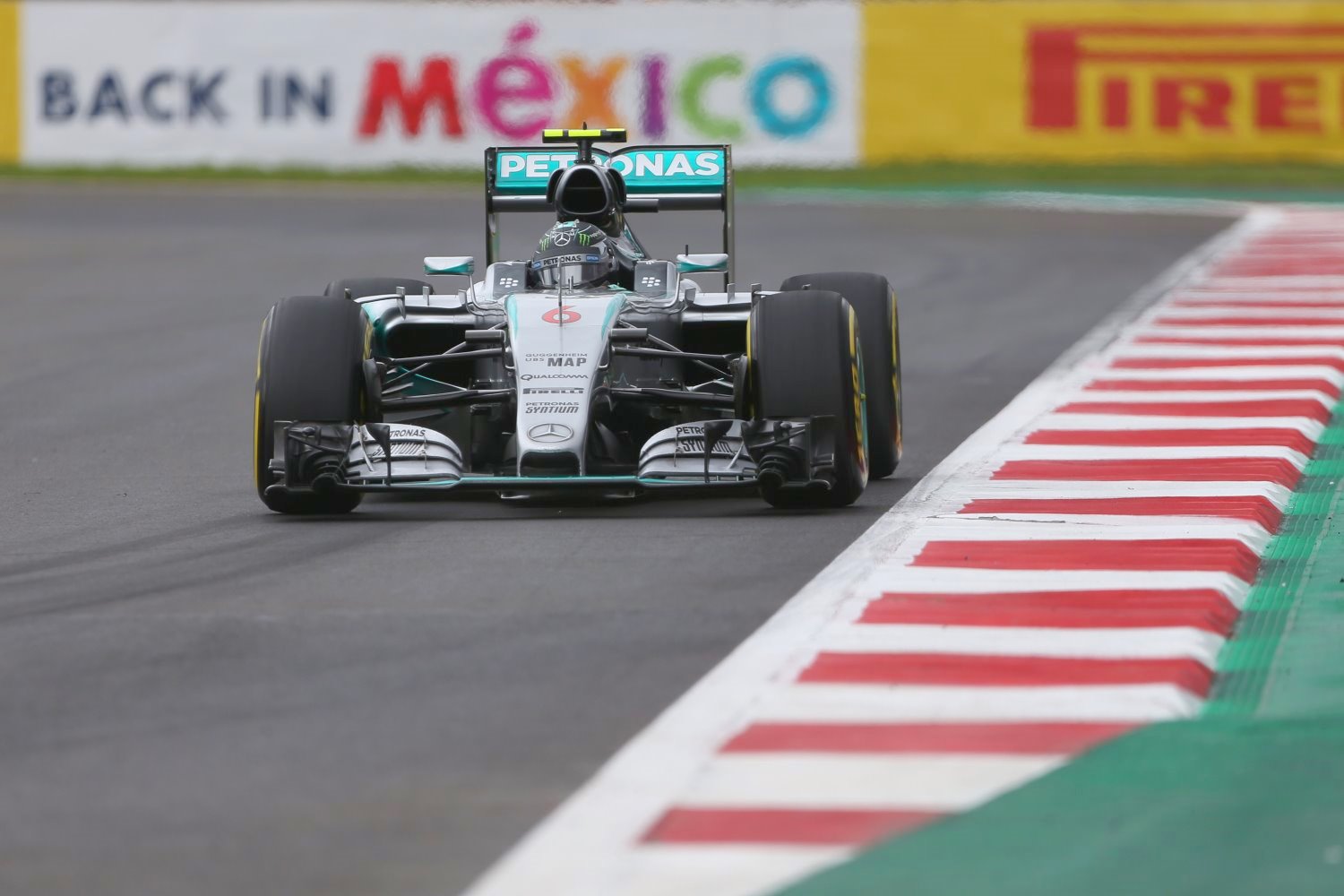 Nico Rosberg, using the power of the Mercedes engine, finished 0.014secs ahead of teammate Lewis Hamilton to top final practice for the Mexican GP.

Having set the pace on the first day around the revamped Autodromo Hermanos Rodriguez Rosberg was again the driver to beat on soft tires, stopping the clock at 1min 21.083secs.

Though slippery initially following overnight rain, improving track conditions meant times came tumbling down over the course of the hour, with Rosberg proving the most consistent as he worked down his time, doing just enough to keep Hamilton at bay by a mere 0.014secs.

Indeed, qualifying looks set to be one of the closest of the season, with just two tenths covering the top four of Rosberg, Hamilton, Daniel Ricciardo and Sebastian Vettel, while less than a second makes up the top ten.