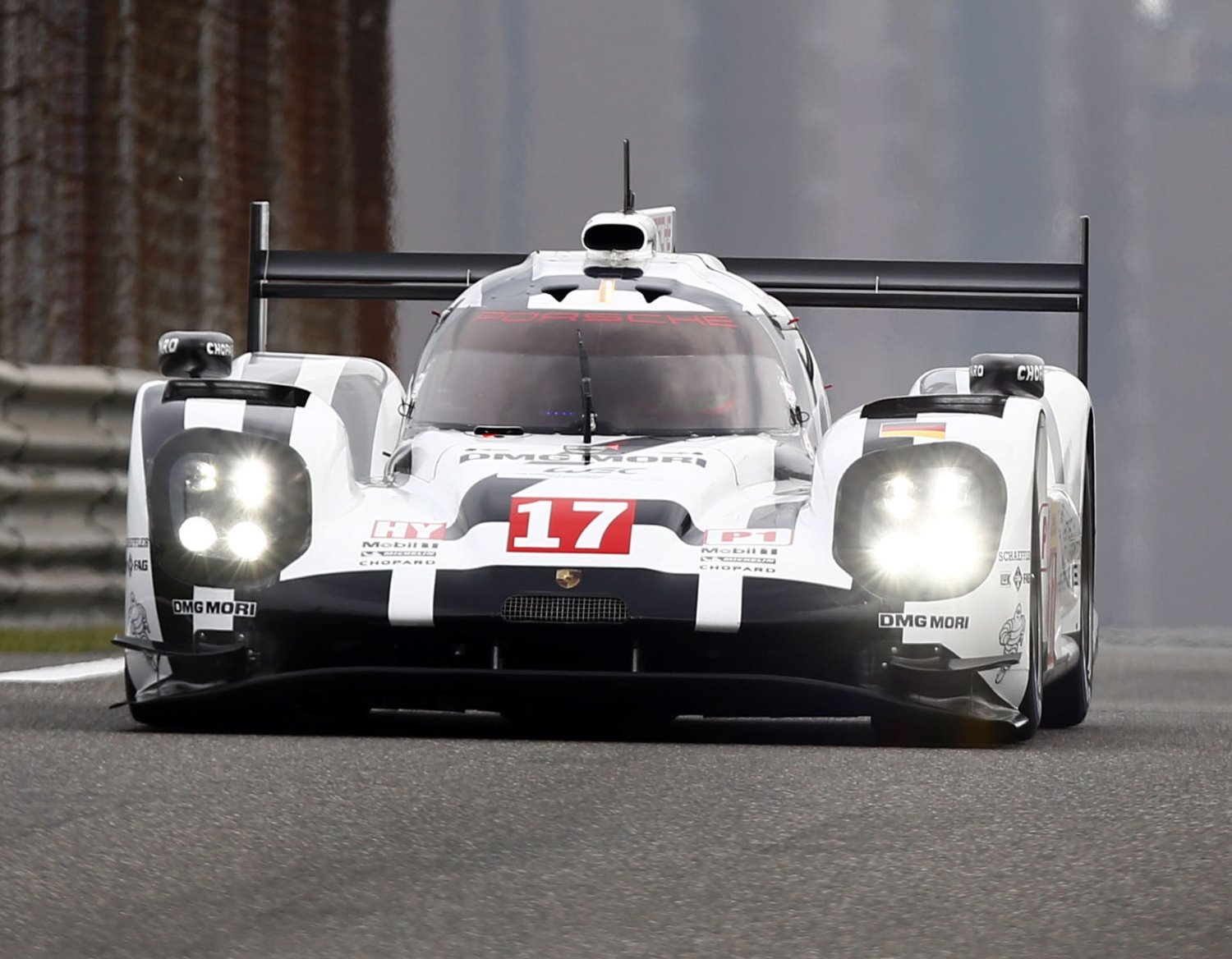 As expected when you have globs more HP than anyone else, Porsche was 1-2 on the opening day of the Shanghai World Endurance Championship event.

Mark Webber recorded the fastest time of the day in the #17 Porsche 919 Hybrid with a 1m45.111s in the second 90-minute session, which put him over two tenths up on team-mate Neel Jani in the #18 Porsche.

The best time from Toyota, a 1m47.373s set by Mike Conway was more than two seconds off the pace.

Porsche Quotes after free practice:
Alexander Hitzinger, Technical Director: “Our first day here went according to plan. We started with a base-line set-up and then checked the various options. Generally our car is the same specification here as it was at the previous race in Fuji. Therefore it is just fine tuning what we do. Everything went smoothly and the long-runs were good."

Drivers Porsche 919 Hybrid number 17
Timo Bernhard (34, Germany): “Free practice one already proved the huge progress we have made compared to last year. The Porsche 919 Hybrid’s drivability and balance are much better now. But, naturally, we drivers always ask for more and it was amazing how quick the team got the changes in place for FP2. In the afternoon I did 35 consecutive laps and this was efficient as well."

Brendon Hartley (25, New Zealand): “From the first to the second practice we managed to improve the set-up in many ways such as aerodynamics, hybrid management and four-wheel-drive handling. The result is positive as the lap-times show."

Mark Webber (39, Australia): “We have had a very smooth and positive first day. Timo did a good long-run which is encouraging for the race. Brendon and I did shorter runs today. Our lap-times are a lot quicker than last year as they need to be because the Audi is still there and strong."

Drivers Porsche 919 Hybrid number 18
Romain Dumas (37, France): “I’m not happy. In the second session I was only for a few laps in the car and the traffic was terrible. I hardly can say anything."

Neel Jani (31, Switzerland): "There are a lot of rubber marbles on the track that the tires pick up. This obviously affects the car’s behavior and I think this could turn into a major topic during the weekend. In FP2 I did 30 laps on a single set of tires. In the beginning I had such a high amount of grip that I couldn’t use it all, but then the pick-up was constantly changing the balance. It was an important experience and we now have to draw our conclusions from that."

Marc Lieb (35, Germany): “For me our car feels pretty good but we are slower than the sister car. So we now have to find out where and why we lose time."