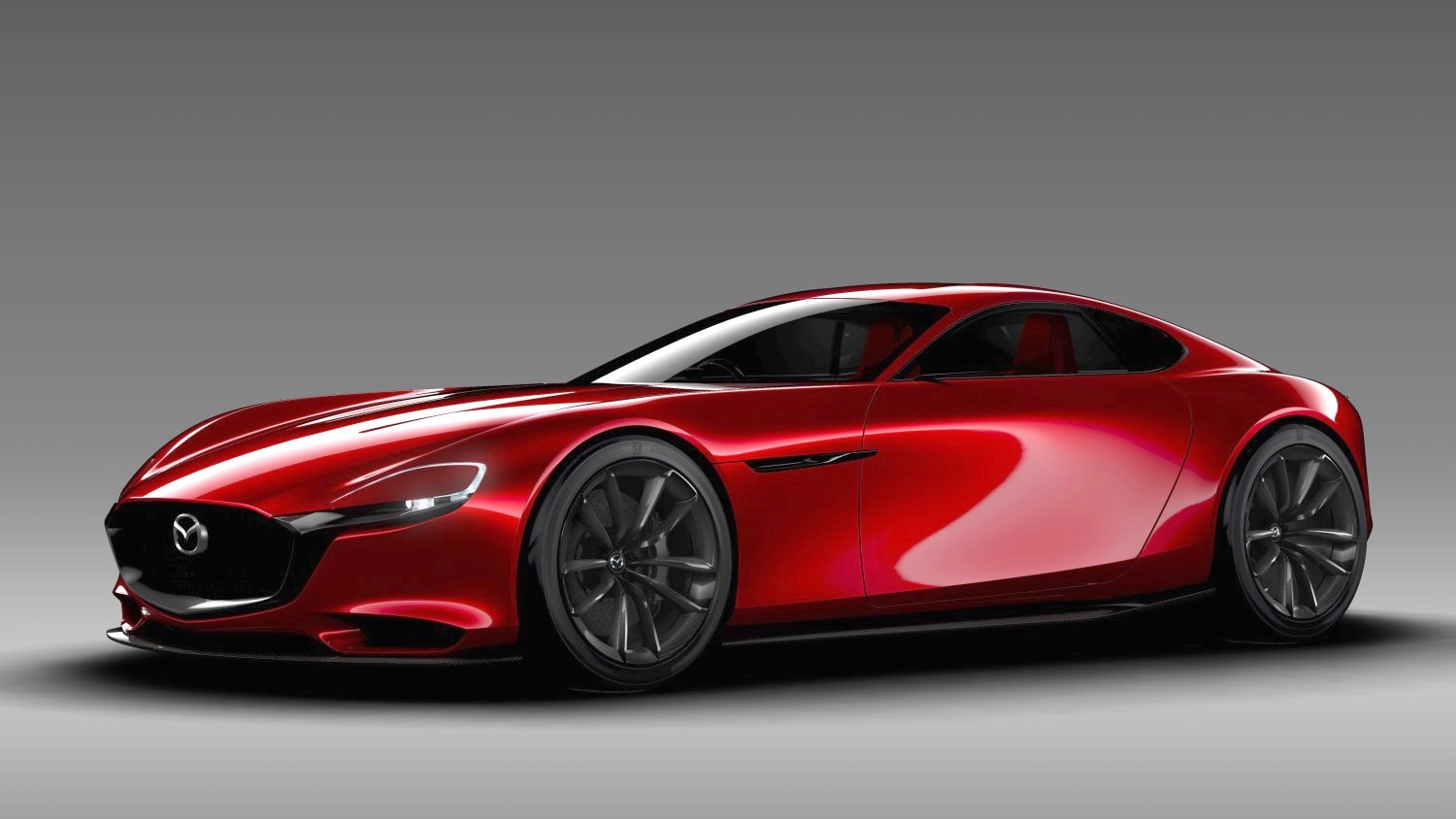 Mazda Motor Corporation unveiled the Mazda RX-VISION today at the Tokyo Motor Show. The sports car concept is powered by a next-generation SKYACTIV-R rotary engine, the unconventional technology that is perhaps the most compelling symbol of the carmaker’s challenger spirit.

An exquisitely proportioned front-engine, rear-wheel drive model, the RX-VISION represents a "vision" of the future that could only come from Mazda. And one that countless fans of the brand around the world hope will become a reality.

Rotary engines are unique in that they generate power through the rotational motion of triangular rotors (unlike the reciprocating pistons in conventional automotive engines). Overcoming numerous technical difficulties, Mazda succeeded in commercializing rotary power, first in the Mazda Cosmo Sport 110S in 1967 and then in several other models. The most successful of these was the Mazda RX-7, the most-sold rotary car ever with more than 800,000 produced between 1978 and 2002.

Continually striving to improve output, fuel economy and durability, Mazda was the only company to ever win the 24 Hours of Le Mans with a rotary-powered race car, a feat it managed in 1991 in the Mazda 787B.

Although not currently mass-producing any rotary models, Mazda never ceased its R&D activities. The carmaker chose the SKYACTIV-R label for the next-generation rotary engine to express its determination to continue delivering its customers convention-defying technology and an uncompromising SKYACTIV experience behind the wheel.

"I look forward to talking with you more about this vision we revealed here today at the Mazda stand," said Mazda’s Representative Director, President and CEO Masamichi Kogai. "Mazda will continue to take on new challenges in an effort to build a special bond with our customers and become their one and only brand." The Tokyo Motor Show opens to the public from 30 October to 8 November."