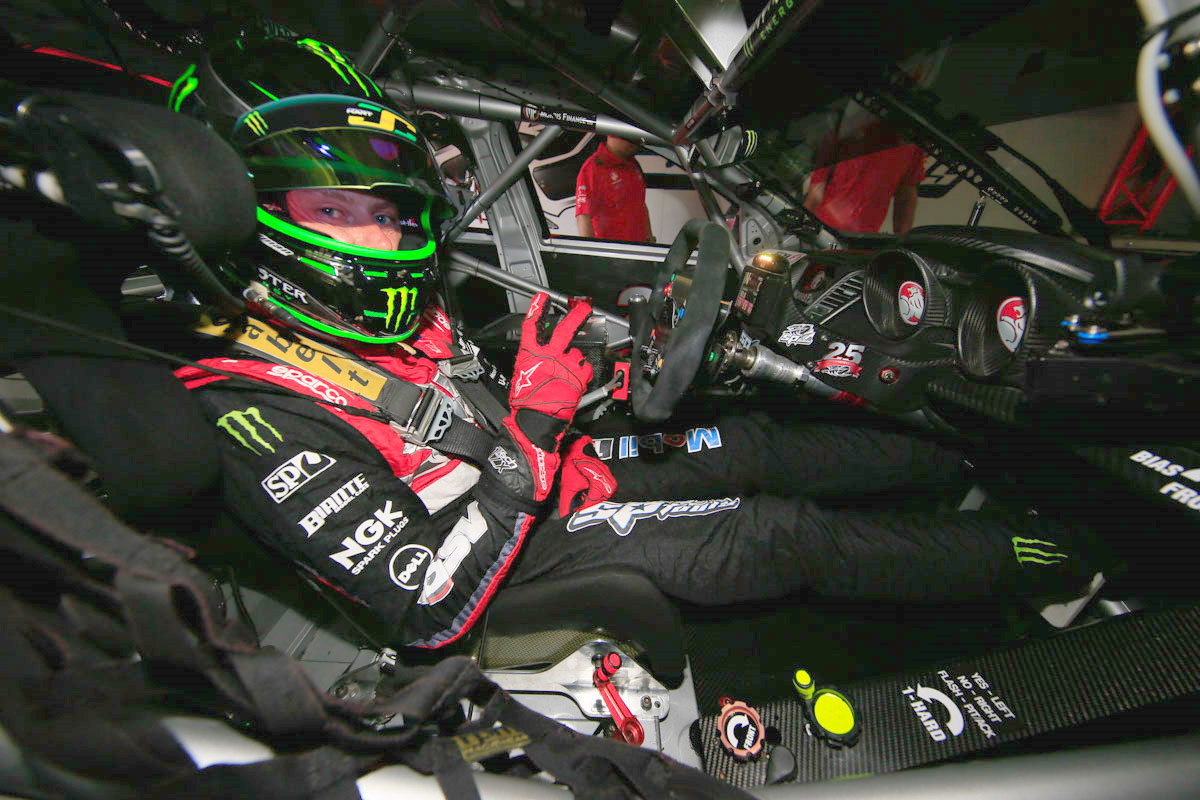 It was a win for the ages today at the Castrol Gold Coast 600, as the Holden Racing Team's James Courtney and Jack Perkins took victory on the streets of Surfers Paradise.

Courtney – racing for the first time in over two months after receiving shocking injuries in a freak helicopter accident – was extremely emotional following the win.

"I knew it was going to be tough, and I didn't know how it was all going to hold up," Courtney said of returning from five broken ribs and a punctured lung.

"It shows how determined we are as a team, and me as a person. Nothing is going to hold me back from doing what I want to do. I'm willing to fight to the end.

"There's no point getting upset and making excuses. I just put my head down and got on with it."

Courtney's teammate – and his replacement for the last two months – Jack Perkins was ecstatic after the victory, his first in V8 Supercars.

"I'm just thrilled," Perkins said. "I feel like I worked pretty hard for this over my journey."

"Since I started in go-karts I would have written about 4,000 sponsorship proposals and chipped away at it, so to win a race with HRT, it doesn't get any better than that."

"There were many times there where I thought it would never happen. I'm pretty happy to get a surfboard, I'm going to see if that thing floats tonight!"

"It's important to be consistent and we did that over the course of the three enduro weekends," said Tander. "I'm really happy to get that one."

"Frosty (Mark Winterbottom) actually had a pretty good points lead on us in the Enduro Cup coming in here, and we saw yesterday how quickly that can turn around."

Winterbottom's Championship lead has taken a big hit this weekend, with his margin to Craig Lowndes dropping from 399 to 258 points at the end of the weekend.

Winterbottom believes this weekend has put them under "unwanted and unneeded pressure".

"It's definitely frustrating but I don't feel [pressure] as a driver, we just have to fix some other areas."

V8 Supercars now heads to New Zealand in a fortnight for the ITM 500 Auckland, November 6-8.