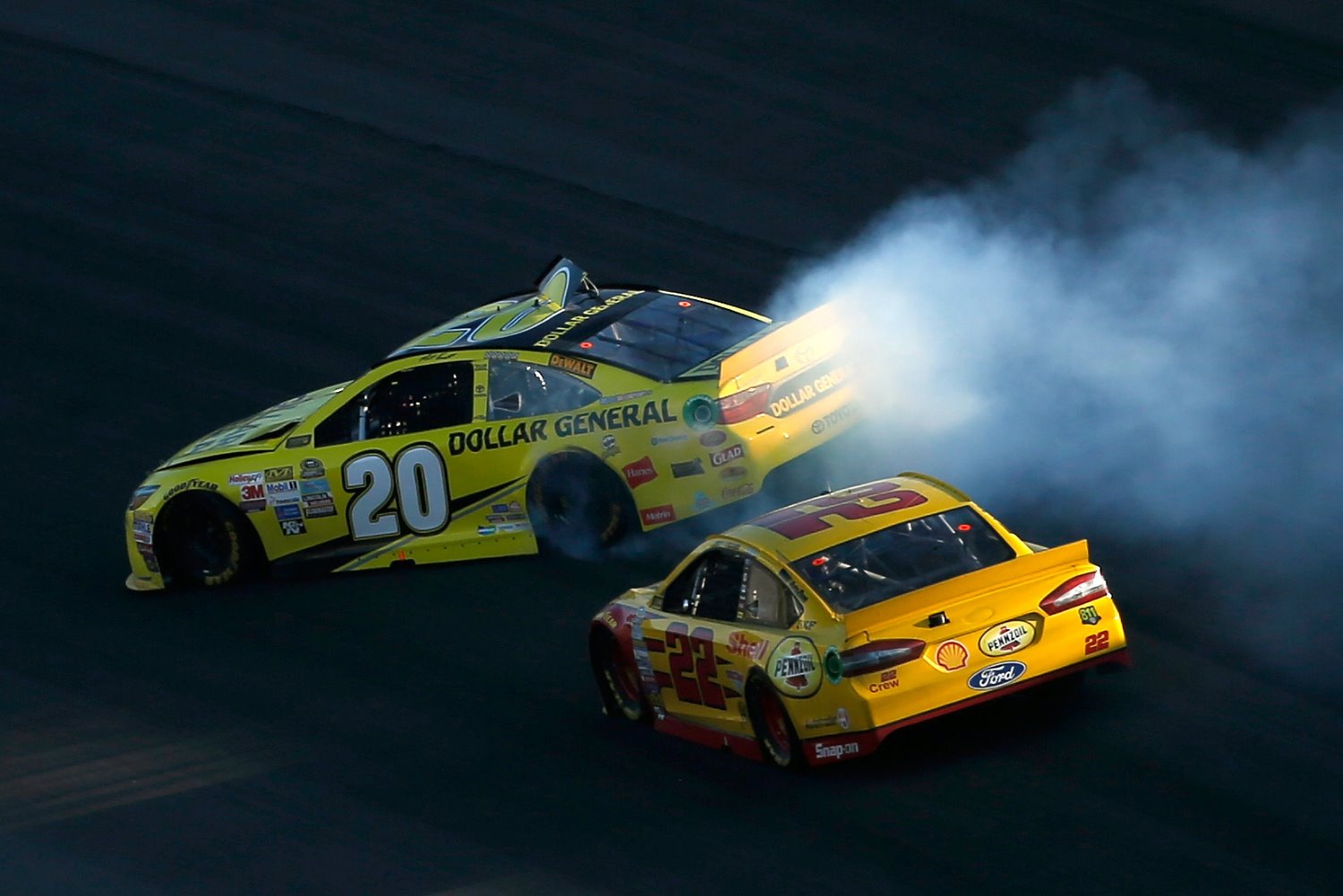 Matt Kenseth indicated Friday he wasn't angry about being spun by Joey Logano in the final laps of Sunday's race at Kansas Speedway, but his words said otherwise.

"Someday he might mature a little bit," Kenseth said of Logano after the first practice Friday for the Campingworld.com 500 at Talladega Superspeedway. "First of all, he should have stopped running his mouth, and he's lying when he says he didn't do it on purpose. He lifted the tires off the ground and offset it to the left. He's too good a race-car driver to do that by accident."

The spin forced Kenseth into a must-win situation to advance from the Contender Round of the Chase to the Eliminator Round. Kenseth is currently last in the 12-driver Contender Round. The lowest four drivers in the standings after Sunday's race will be eliminated.

Kenseth said he wouldn't have changed his approach to the final laps of the Kansas race.

"I wouldn't have done anything differently because I didn't do anything wrong," Kenseth said. "I did everything I was supposed to do. I tried to get away. (Logano) drove the car into the wall himself twice. I don't see how you can block someone or put somebody into the wall when they're not up alongside you. Pretty talented if you can do that when somebody is four feet behind you."

he circumstances surrounding the crash reignited the debate about blocking in NASCAR. While Kenseth's move wasn't illegal, it's frowned upon by drivers – as is the notion of a driver who's already advanced to the next round of the Chase aggressively pressing one who hasn't.

The day after the crash, NASCAR chairman Brian France said he didn't see anything wrong with either driver's actions.

"That's quintessential NASCAR," France told the "SiriusXM Speedway" show. "Late in the race, I think that's a great example of everybody doing probably exactly what they should be doing. You had Matt Kenseth trying to block and hold his position. He had a faster car behind him, and when you block, you risk that somebody is going to be in that position … and there was contact."
When asked Friday to respond to the comment, Kenseth sidestepped it.

"I don't know what (quintessential) means," Kenseth said. "I wasn't very good in high school. … I would have to Google that word."

With four laps remaining In Sunday's Hollywood Casino 400 at Kansas Speedway, Kenseth and Logano were battling for the lead. As they came upon lapped cars, Kenseth appeared to block Logano, but Logano tapped the left rear of Kenseth's car, spinning him.

"Somebody trying to keep their position if they're leading the race, that's their job is to try to get in the lane they're in," Kenseth said. "Especially when you're not even up alongside anyone. That's kind of your job."

Logano said the spin was a product of close racing.

"It's just good, hard racing," Logano said after Sunday's race. "He raced me hard, so I raced him hard back." USA Today