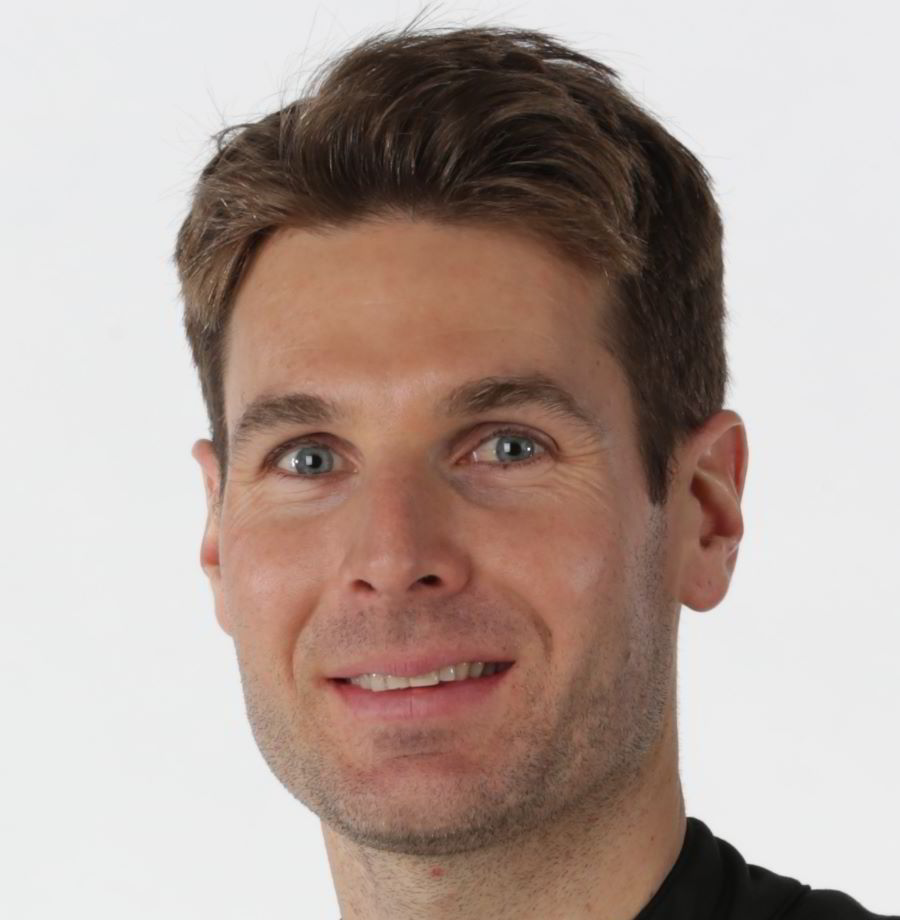 The 2014 Verizon IndyCar champion Will Power was in Australia on a brief visit to his hometown Toowoomba where he was handed the keys to the city in honor of his history-making achievement last season.

Power also paid a visit to the Supercheap Auto Bathurst 1000 where he was a guest of DJR Team Penske before flying back to the United States.

The 34-year-old offered insight into a variety of issues during an interview with Speedcafe.com's Gordon Lomas and Stefan Batholomaeus.

SPEEDCAFE: Will, you've just completed your 10th season of open-wheel racing in the USA. How much longer do you give yourself in IndyCar?

WILL POWER: I was thinking five more years or something.

I think you can be fast. (Juan) Montoya and Helio (Castroneves) are still very competitive.

Helio has actually gotten better with age and he turned 40 this year.

You can definitely keep going along for a while it just depends on … IndyCar is somewhat risky.

I think if you are with a good team and run at the front more you kind of reduce that risk.

But still on superspeedways it's something that's sitting in the back of your mind as you get a little bit older.

I really enjoy the racing, love the competition.

Obviously being in a team like Penske you are in a pretty good gig and are always given really good equipment. It's a good place to be you could say.

It would be a hard place to step away from.

SPEEDCAFE: Whenever you call it quits, would you be satisfied if you ended up with one championship only?

POWER: I wouldn't be satisfied if I was to end up with just one championship if I was to race for the next five years at all.

I already feel like I should have more than one with how those championships went when I finished second (2010-2012).

So I'm definitely looking to win more and an Indy 500. Considering the amount of race wins (22) I've had to championships, it's not a very good balance.

I should have won more championships but obviously that is the game.

SPEEDCAFE: You were very close to pulling off the Indy 500 this year. How do you feel about that now post-season?

POWER: I just regret not getting that front wing (adjustment) in. We talked about it the last two stints but I told the guys to just focus on a fast stop and get me out front and I'll be good.

I didn't expect that when I was behind Juan (Montoya) those last two laps to have to lift out of a big push (understeer).

I just kicked myself for that. It was a hard situation because I led for I don't know how many laps at the end there which in clean air the front feels very good.

You have Juan who was battling really hard and was probably adjusting his car to get past (Scott) Dixon.

So think had I been in that situation my car would have been better but maybe I wouldn't have had a shot.

I thought I was absolutely in the perfect spot thinking I'm going to get Juan on the back straight and then I started pushing out. It was either hit the wall or lift.

Then I thought, no I've got another shot coming to the line if I had of been flat through Turn 3 because I got pretty close even with the lift.

But it just came down to not having the car in traffic to do it.

SPEEDCAFE: When you mentioned the risk factor especially with the superspeedways do you think IndyCar should be doing more about that? Should they still be racing on those tracks?

POWER: I'm definitely not comfortable with where it's at.

Every time an incident happens there's something put in place for it not to happen again.

The one thing that is difficult about open wheel racing is the cockpit.

You are kind of covered to your neck. Before it was to shoulder height.

I think it is tough to implement a canopy in the short-term.

But I think helmet technology is where the things can change because we are pretty much supported from three sides here (back and two sides) with almost another helmet you could say.

With the collapsible foam and being connected with the HANS device, the weight of the helmet isn't as big an issue as it was in the past.

In my opinion, the shape and the size of the front of the helmet could change to help with debris however that is done.

The helmet manufacturers probably have a heap more data on that stuff than IndyCar would.

And I think IndyCar is probably working with those guys right now and the FIA to find a solution to stop head injuries.

We have a drivers' association which I'm involved with and we've got Simon Pagenaud, Tony Kanaan and James Hinchcliffe (on the association).

I'm very vocal on safety because I've hurt myself pretty badly and I've seen some pretty nasty stuff. I really want it to be safe.

They asked all the drivers and 80 percent said it will be fine, it wasn't going to be a pack race.

I even thought it wasn't going to be a pack race but Pagenaud and Montoya thought that it would.

It ended up being one when the grip went down.

SPEEDCAFE: You say that it's hard to implement canopies in the short term, but do you think it's inevitable that they'll eventually come into open-wheel racing?

POWER: The FIA have been talking about it for so long and they have got a huge budget for testing that type of thing and they haven't found a solution yet.

It's obviously a tough thing to do. You see all of these canopy type devices so they are looking for a way but they haven't found it. So maybe a helmet within a helmet is what I envision it will be.

You've got to remember when you race on a superspeedway in an IndyCar you've got to be able to have tear-offs as you go along.

So with a canopy you couldn't do that because it gets so peppered, sand blasted because of the speed you are doing.

There's a lot of problems with cooling. It would be tough and getting someone out in a bad situation if it's upside down.

The good thing is everyone is onto it so between the FIA and IndyCar I'm sure they are going to come up with something.

SPEEDCAFE: Should IndyCar take the lead in this type of safety technology for the open-wheel world?

POWER: Well they have in the past with the Safer barrier and I think we have a better headrest system than F1 right now.

We have got a really soft, progressive headrest so you hardly feel it. That was just developed for IndyCar.

SPEEDCAFE: There seems to have been ups and downs this year in terms of the new aero package and Derrick Walker departing among other issues. IndyCar seems to be going through a bit of instability.

POWER: It's just in a transition stage you could say. Derrick was going to retire at some point anyway.

I think he did a great job in the time that he was there.

And Mark Miles (IndyCar chief executive), I think he is doing a really good job in the overall running of IndyCar.

He's a great leader and he's going to new venues and putting the right people in place.

I think once he gets everyone where they need to be it will be pretty smooth sailing.

But you are right it has been a little bit of swapping and changing and people coming and going.

However I think Mark will get the guys he needs in place and it will be more stable.

SPEEDCAFE: Penske and Ganassi are the two stand out teams, but the series is such that a one-car team can pull the odd win out of the bag. Why is that the case?

POWER: I think the cars are so spec you can't change anything but the dampers.

The aero kit has split the two manufacturers (Honda and Chevrolet) up. I think they need to reduce the area you can work in because it's really open right now.

You look at the front wings and the sidepods and the rear bumpers, there's so much work you can do and area you can work in, it's probably too much.

But parity (between teams) is very good in IndyCar.

The Dale Coyne team has a very small budget but can win races. You look at Rahal (Lanigan/Letterman) is a single-car operation winning races.

And that's what has been really good. Clamping down on teams out-spending someone else to go fast.

SPEEDCAFE: Yourself (22 wins) and Scott Dixon (37 wins) have really moved up there among the all-time greats of the sport. Does that come into your mind at all being right up there with some of the very best?

Power: It's not something I've thought about. I'd just love to win another championship.

Scott (Dixon) has been around a long time and has won a lot of races and is a very, very solid driver.

To me, IndyCar is the best it's ever been in terms of the quality of teams and depth of drivers.

It is the most competitive I've seen it in my time there.

I've seen it when it was split (Champ Car and Indy Racing League) and then it came together and with the new car and new teams coming in it's actually in a good position.

The TV ratings are up, its heading in the right direction which is good to see because there was a time when it looked pretty shaky.

Other sports like NASCAR, the ratings and attendances have gone down where IndyCar is going the other way which is a good sign.

If it grows like it has for another couple of years we will be in bloody good shape.

SPEEDCAFE: Do you actually enjoy doing the oval races? It's obviously not something you were used to before you headed to the US.

I love it. I feel confident that every race I go into I have a shot at winning. This year I didn't have the best of luck. I got taken out a couple of times.

It's pretty competitive. When they took the downforce away and you are lifting you really have to drive the car.
It's the most fun you'll ever have.

SPEEDCAFE: So cutting back on the amount of oval races and skipping some of those tracks isn't really the solution to the safety problem?

POWER: I think the key is to have a car that is safe enough to drive on those type of tracks so people aren't getting hurt.

And there is a balance in that too with the downforce level. The more downforce you have the faster you are in the corner and the harder you hit and the closer the cars are.

IndyCar can quite easily police that stuff. Just take some downforce out and spread them out and you are lifting in the corners and it impacts less.