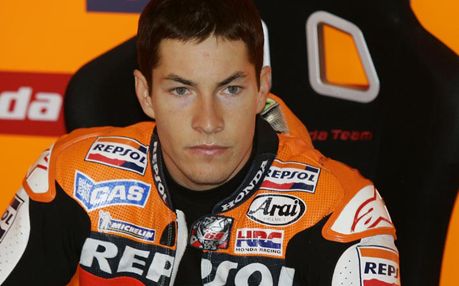 Nicky Hayden has been grabbing the headlines in MotoGP recently. After announcing at Motegi two weeks ago that he would be leaving the series after thirteen years at the end of the current campaign to start a new adventure in World Superbikes, here at Phillip Island yesterday evening he was told by Carmelo Ezpeleta, CEO of MotoGP rights holders Dorna Sports, that he will be crowned as a MotoGP Legend in a ceremony at the final round of 2015 in Valencia.

Nicky Hayden, MotoGP World Champion in 2006, joins an elite group of the sport's all-time greats including the likes of Giacomo Agostini, Angel Nieto, Mick Doohan and Marco Simoncelli, who was the last rider to be inducted as a MotoGP Legend during the Italian Grand Prix in 2014.

Hayden is one of the most successful riders of his generation, with 28 podiums including three wins, seven fastest laps and five pole positions. He is also the last MotoGP World Champion to hail from the USA and in November in Valencia he will become the 22nd MotoGP Legend.

Nicky Hayden: "Yesterday when Carmelo came and said he wanted to see me I was worried I was in trouble for something! He told me the news and I must say it's a great honor, something I will probably truly appreciate more once I finish racing. But even now already, I feel very humbled. I have seen many riders over the years pick up the award and always wondered if maybe I'd done enough to get my name in that club. As I have said before I am thankful that I got to work with a lot of good people, I rode good bikes and had some good opportunities that ultimately put me in this position. So thanks to the good people in MotoGP for their support and acknowledgement for what I did."