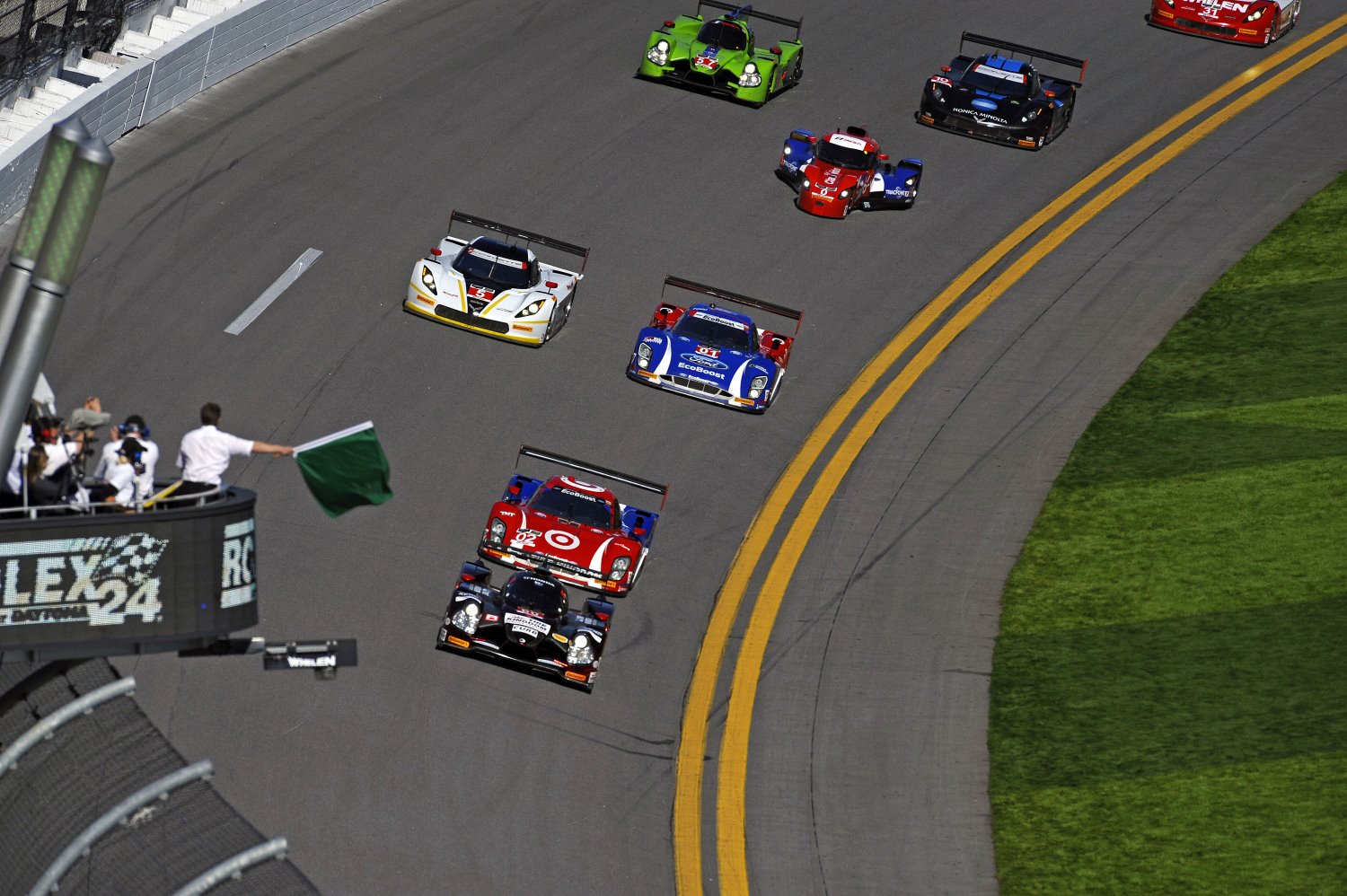 Last November’s inaugural Historic Sportscar Racing (HSR) Classic 24 Hour at Daytona is among the notable nominees for the Motorsport Event of the Year in the 2015 International Historic Motoring Awards (IHMA), which will be held in London, England on November 19.

The Classic 24 Hour at Daytona is one of seven globally recognized historic motorsports events in the Motorsport Event of the Year category, which is sponsored by Jaguar. The winner of the prestigious Motorsport Event of the Year honor, one of 14 categories in the IHMA, will be announced during the awards ceremony and gala dinner at London’s magnificent St. Pancras Renaissance Hotel.

"We are truly honored at the Classic 24 Hour at Daytona to be on the ballot for Motorsport Event of the Year at the prestigious International Historic Motoring Awards," said HSR President David Hinton. "Our goal was to create an event with the Classic 24 that reflected the glory and incredible spirit of competition that has taken place in what has been more than a half century of sports car racing at Daytona, but we did not expect to be recognized internationally by such a respected event as the International Historic Motoring Awards less than a year after our first race took place. We couldn’t be happier."

Launched in 2011, the International Historic Motoring Awards (IHMA) recognize and celebrate the skills and achievements of the worldwide historic motoring industry. The event comprises 14 award categories, ranging from Museum of the Year through to Motorsport Event of the Year and the Personal Achievement Award, and are judged by an international panel of experts. Learn more at www.historicmotoringawards.com.

The Classic 24 Hour at Daytona is in some prestigious company in the Motorsport Event of the Year category. Other nominated historic motorsports events include the Eifel Rallye Festival, Historic Grand Prix Zandvoort, Phillip Island Classic Festival of Motorsport, Rennsport Reunion, the Rolex Monterey Motorsports Reunion and the Silverstone Classic 2015.

The 2015 running of the Classic 24 Hour at Daytona presented by IMSA takes place on the 3.56-mile road course at Daytona International Speedway, November 12 – 15, just one week before the IHMA ceremony in London. The entry list for the race was unveiled yesterday and features 174 race cars and a current tally of 300 drivers from around the world competing with teams from 15 different countries on four continents.

The equally impressive racing machines these drivers and other Classic 24 competitors will race in the Daytona event is a rolling collection of top sports cars and prototypes from the past 50 years.

The Classic 24 features six period-correct run groups rotating through a full 24 hours of racing on the 3.56-mile Daytona road course. The run groups, which include various classes of similar-era race cars, each take to the track four times throughout the 24 hours. The competitors in each class covering the most total distance in their group's four sessions will be crowned Classic 24 at Daytona champions.