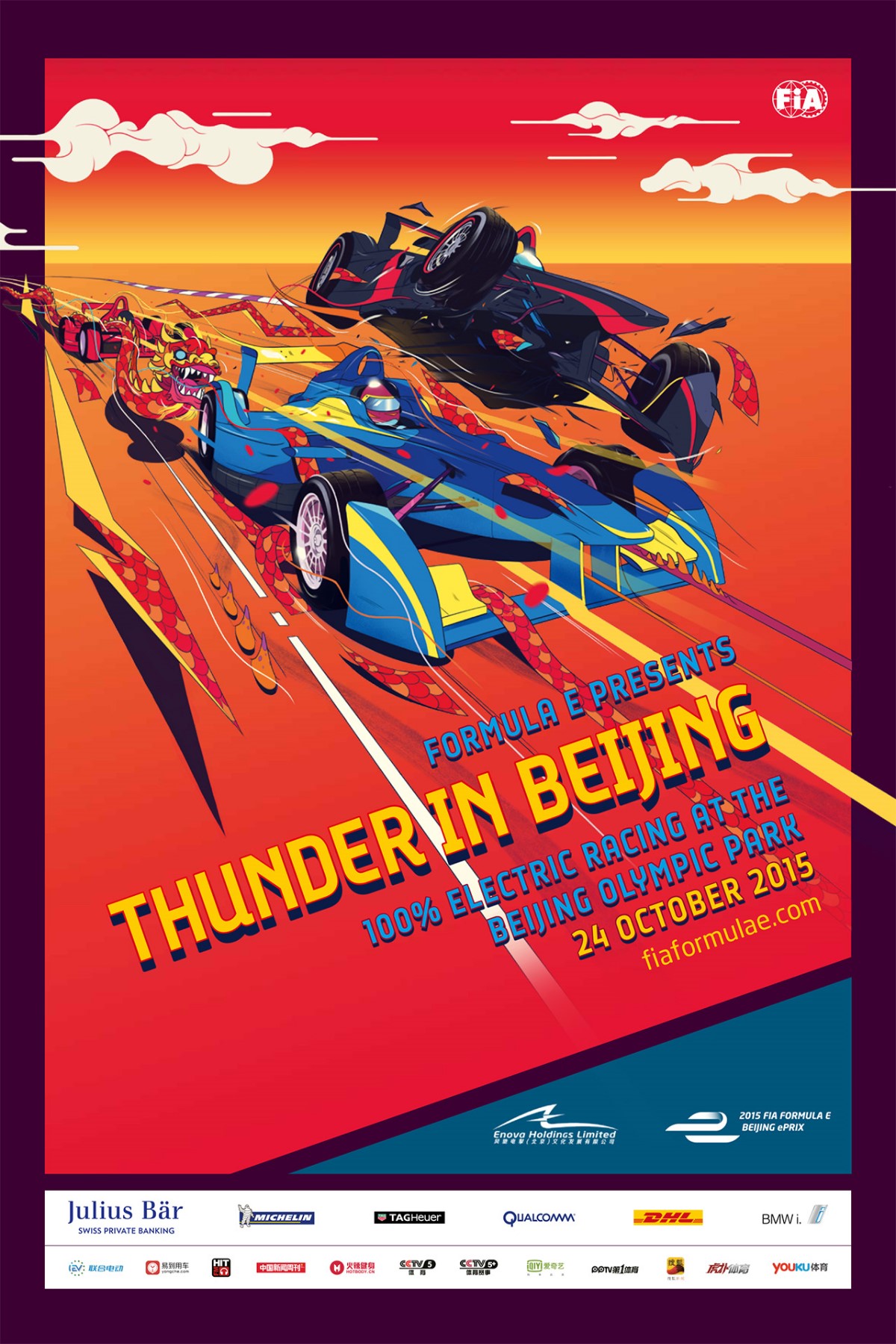 Formula E used the most iconic incident from the inaugural '14-15 season in its ad campaign to promote this year's season opener in Beijing on Oct. 24.

The ad campaign makes reference to the collision between Nick Heidfeld and Nicolas Prost, who crashed in the last corner on the final lap of last year's Beijing ePrix. The contact between the two cars sent Heidfeld's Venturi flying into the catch fence before landing upside down. Heidfeld and Prost were both unharmed but instead of celebrating on the podium they did not finish the race.

Formula E CEO Alejandro Agag called the accident in last season's opener "the best that could happen to us in terms of TV coverage."

The ad also includes a Chinese dragon in the background of the poster.

Prices for what Formula E calls "Thunder In Beijing" range from 488-1,288 Chinese yuan ($77-$203), according to the series' website. HJ Mai/SportsBusinessDaily.com