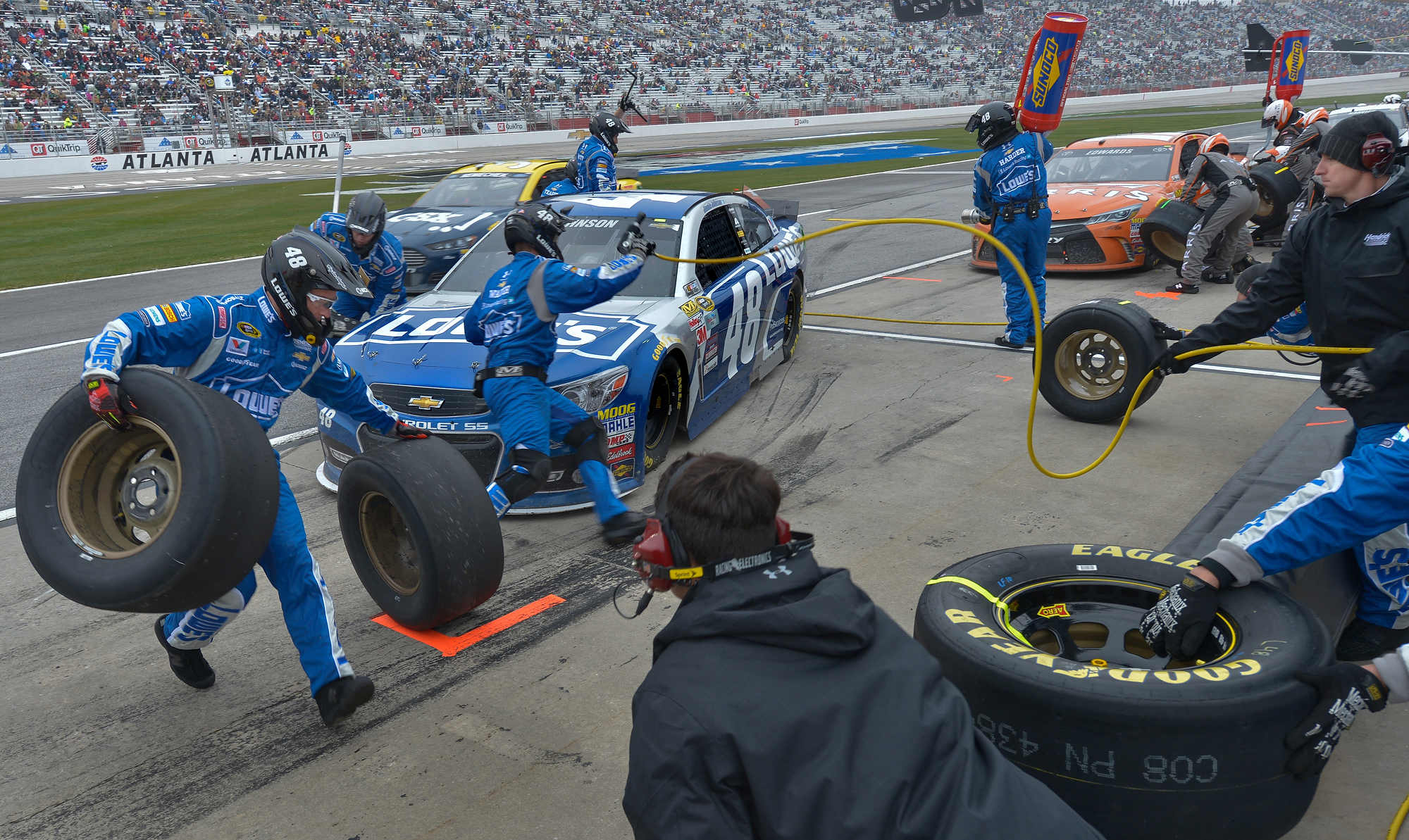 (Editor's note: Here is the Atlanta Motor Speedway press release regarding ticket benefits for the 2016 NASCAR race. Below, we have some commentary on this rather strange measure.)

The 2016 NASCAR Weekend has become more affordable and fan-friendly than ever. The majority of grandstand seat prices have been reduced, and no ticket to the Folds of Honor QuikTrip 500 is priced at more than $99, with seats starting as low as $39. The new ticket prices represent an overall average reduction of 15 percent from previous levels.

Along with reduced ticket prices, Atlanta Motor Speedway has introduced a "Perfect Race Weather Guarantee." The all-new policy offers fans options in the event that inclement weather prevents them from attending the race. If the daytime high temperature in Hampton, Georgia on Saturday or Sunday of race weekend fails to reach at least 50 degrees as observed by the National Weather Service, or if weather issues postpone the day's activities to a different day and fans are unable to attend on the rescheduled date, fans who do not enter the admission gates on the day the event is held will receive an account credit for the full price of their tickets. Credits can be applied to any future AMS event or events in 2016 or the 2017 NASCAR Weekend.

The "Better" ticket package is priced at $139 and offers seating in the Winners, Earnhardt or Petty Grandstand for Sunday's Folds of Honor QuikTrip 500, general admission seating to Friday's Sprint Cup Series qualifying day and Saturday's doubleheader, a weekend FanVision rental and a Sunday pre-race pit pass, for a total savings of $125 off regular prices.

The "Best" package, which offers the best value of all three deals, is priced at $179 and boasts an ultimate NASCAR weekend combination, including a seat in the Upper Champions Grandstand or the Upper Winners Grandstand chairback seats for Sunday's Folds of Honor QuikTrip 500, general admission seating to Friday's Sprint Cup Series qualifying day and Saturday's doubleheader, a weekend FanVision scanner rental, a weekend pre-race pit pass, and $25 off a purchase of $50 or more in the AMS souvenir shop. In total, the "Best" package shaves a whopping $165 off normal pricing.

The Good, Better and Best packages are available for purchase now in addition to other traditional, price-friendly ticket packages. Those include the Two-for-$99 deal, the $159 Start/Finish Line Package, which includes both Saturday and Sunday tickets plus a Sunday pre-race pit pass, and the Jimmie Johnson package, which grants access to a pre-race Q&A session with the defending Folds of Honor QuikTrip 500 winner for just $48 and half the price for kids.

Fans are encouraged to secure their tickets early and take advantage of these 2016 NASCAR Weekend specials, as many are available for a limited time and only while supplies last.

(Editor's note: This is rather interesting. While it may seem like a bazooka the foot measure on the part of AMS, we think there may be more to this than meets the eye. Remember, AMS was not happy with the move from Labor Day Weekend in 2014 to late-February this year. And this past February at Atlanta temperatures were in the 40s and the attendance was not surprisingly, sparse.

Call us crazy, but it seems like Speedway Motorsports, Inc., the parent company of AMS has fired a not-so-subtle shot at NASCAR for jamming them with a less-than-desirable February date. If fans can redeem tickets for a better weather event, they will simply stay at home in lieu of braving the very cold temperatures, and NASCAR will look like a loser with empty grandstands.

Of course, there is a risk here. Remember, as part of the ALMS-Grand Am merger, NASCAR took a controlling stake in nearby Road Atlanta. And with the sudden desire for more NASCAR road racing could maybe this is the beginning of the end for AMS and NASCAR. We'll see, but a rather unique measure by AMS to say the least.)