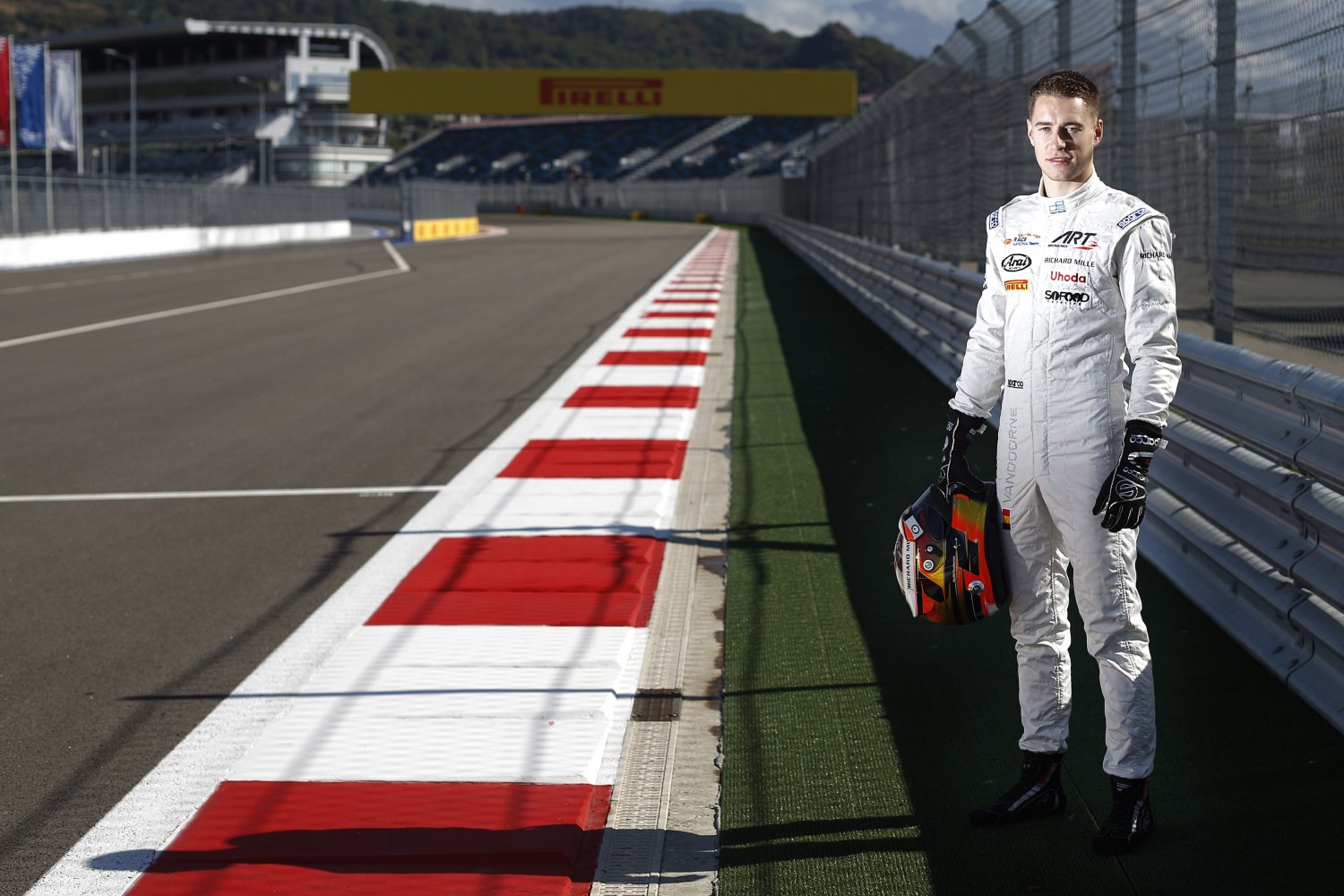 Stoffel Vandoorne: It sounds pretty good! We knew before coming here that was our target. We could have done it yesterday, but things did not go 100% our way. But crossing the line in fourth today ahead of Alex Rossi was enough to do it. That's what counts in the end. The job is done and now I have two weekends left in the season: I will be relaxed and have no pressure. I will push really hard for a couple more victories and finish the season on a high. To be crowned with two rounds to spare, it shows all the work we've done this season and how good it's been together with ART. We've achieved great things over the past two years. We've broke nearly all the records this season. It's one that I will definitely remember forever.

GP2 Series: What about today's race? Will it be one that you will remember specifically?

Stoffel Vandoorne: Well, I had a good start today. I gained a position, but then I had to take the exit road at Turn 2 because everybody was bunched up a bit. After that, I was back into P6. I had a good first couple of laps. I moved up to P5, or was it P4…? I don't really remember how it ran exactly (Laughs). It was quite a good race, but not an easy one: overtaking was pretty difficult. We definitely had a really good pace compared to the others: I could follow them quite easily, but to overtake them was hard. I think that without the safety car in the end, I could have overtaken Raffaele, but the race finished under safety car and I had to settle for fourth. It would have been nice to finish on the podium, obviously, but we can't really complain.

GP2 Series: Looking back at the season, is there one race that meant more than the others?

Stoffel Vandoorne: There are two races actually that were quite special to me this season: obviously, my home race which I won. It's always a very special event. The other one is probably Monaco: a win on this track is always a great achievement. I had been there once before GP2 and again last year, but I always had a little bit of bad luck. To go there a third time, put it all together and finally win, it was a very good feeling.

GP2 Series: Any round you'd like to make amends with?

Stoffel Vandoorne: Maybe Silverstone… I think it was not our best round: we still finished third in the feature race, but after the whole weekend we understood what we had missed to fight for the win. If we went back today, it would most likely be a different story for us.

GP2 Series: Now that you are Champion, can you tell us if you felt under pressure before the start of the season?

Stoffel Vandoorne: I knew what my job was. I wanted to dominate the Series in my second season. McLaren as well: everybody said that I had everything at my disposal to win it. To have managed that is a great feeling. There's always some pressure when you start a season, but I think we've managed that very well. So far we have four pole positions and five victories. We still have two rounds left. I still feel we can add a little bit more to that.

GP2 Series: Have you had any doubt at any point during the season?

Stoffel Vandoorne: No, I didn't doubt at any time. The end of the 2014 season was already a good benchmark to know where we would fight the following year. We carried that through over the winter. We worked really hard with the team. It was good for me to do two seasons with ART: it's one of the reference teams obviously. It's been a while since they've won the Series so to do that together with them is a great feeling.

GP2 Series: What do you think made it click so well with ART Grand Prix?

Stoffel Vandoorne: Last year, it started off a little bit tricky: there were some mistakes from my side, and some from theirs. But at the end of the season, it was a good turnaround: we put everything on the table on the car side, on the strategy side, and me as well. I was getting better as a driver, making less mistake… Over the winter, we had conversations about what we had to do to avoid making any mistake because that was the only thing that would hold us back from winning the title. Up until today, we may have made some small mistakes, but nothing disastrous. I think that's been the key. We've always had the speed. We've always been on the front row in qualifying since Monaco. I think we showed some great performances.

GP2 Series: What does this GP2 title mean for the rest of your career?

Stoffel Vandoorne: Obviously, it's one of my best titles. I would say from a personal point of view, it's definitely the best season I've had. I've always had the speed since the beginning of my career, but over the years, I wasn't always putting everything together although I was always finishing quite high in the championships. Still, there were always bits I needed to improve on. Even now, there are some things I can improve on! But this year, I was able to put everything together. Last year, I think my weakness was the sprint races: I was losing ground there. This year, we managed to finish twice on the podium almost every weekend. I think it's where I've improved a lot.

GP2 Series: What's the next step?

Stoffel Vandoorne: Hopefully Formula One. It's something I've been working on for quite some time, and now to have the GP2 title here is a bit of a luxury I would say with two rounds to go. The next one is in over a month, so I can concentrate on preparing next year which is great. Unfortunately, nothing is decided for the moment, but I'm optimistic. I feel there are some chances out there. The next days and weeks are going to be crucial for next year.

GP2 Series: Do you at least know what you will be doing tonight to celebrate your title?

Stoffel Vandoorne: Probably have a few drinks with my team!