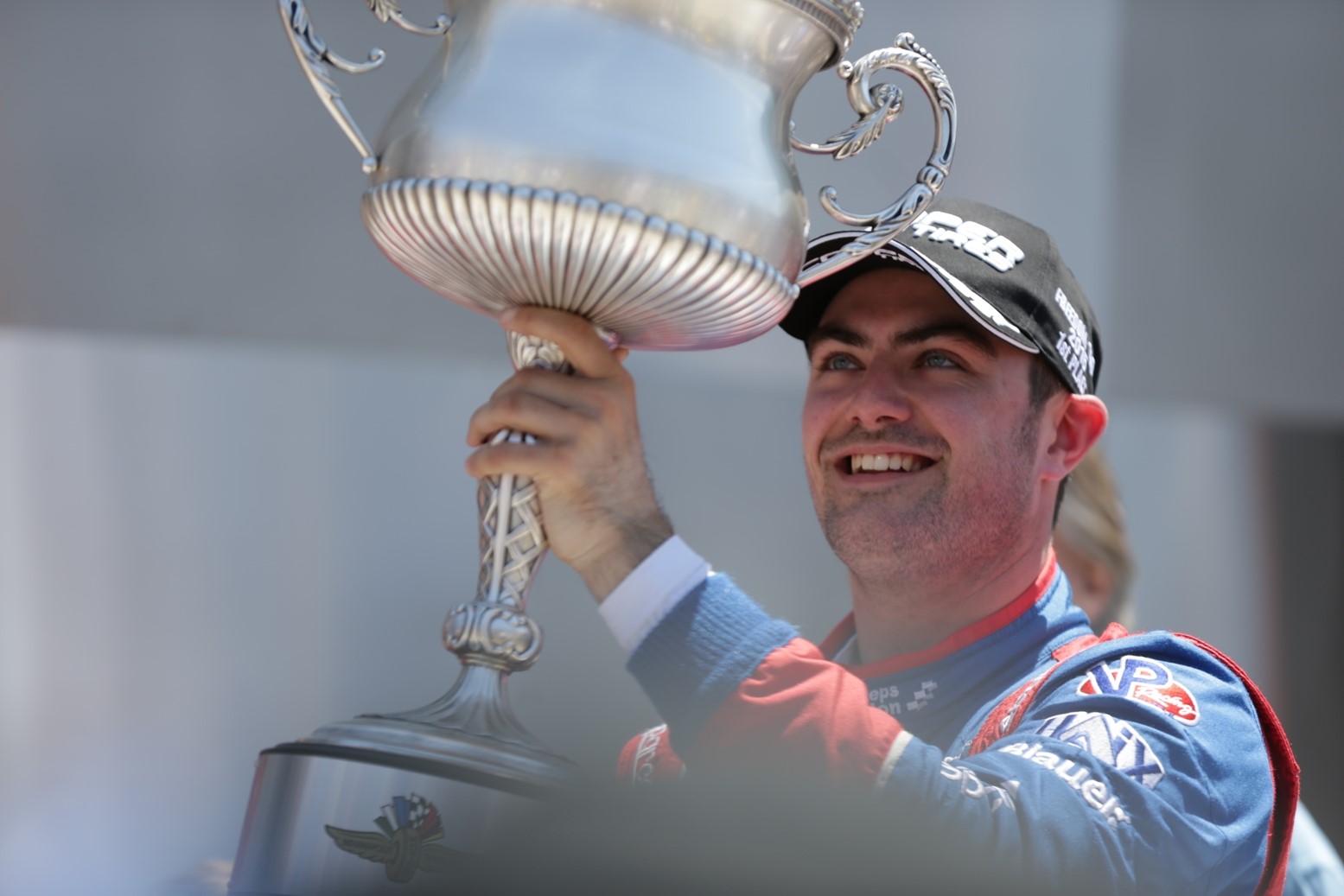 After seven years, Racing Steps Foundation will no longer be providing Jack Harvey with financial support. Dave Marshall spoke to the Bassingham driver about his future and which grid he will be lining up on next year

The wheels on Jack Harvey's motor racing career were first set in motion thanks to support from the Racing Steps Foundation – but now the Lincoln-born driver must go it alone.

Their seven-year association appears to be heading for the finish line as the Bassingham-based racer prepares to graduate from the program and set out on his own.

His raw talent first alerted the not-for-profit organization when Harvey, who had won a host of world and European karting titles, was just 15 years old.

Now, seven years on, Harvey appears to be on the verge of breaking into the renowned Indycar series in America.

Nothing is certain in the unpredictable world of motor racing, but it is clear that Harvey has arrived at a crossroads.

"I think in terms of Indycar there's one obvious option, my current team SPM [Schmidt Peterson Motorsports] who have an Indycar program and we believe one vacant seat," Harvey said.

"Staying on and racing with Sam [boss of SPM] would be epic, I tested well for the team in Indycar earlier this year and I know the engineering line-up would like me to be a part of it.

"There were some good noises coming out of the camp, but at the end of the day we still can't afford to keep all our eggs in that particular basket.

"I do have more than one option within Indycar, but I can't say what they are."

There are other options for the former Lincoln Minster pupil, which may see him head back to Europe.

"There is the LMP2 series, which is becoming a really exciting option," he added.

"We are seeing more and more people switching to that series. A couple of teams have expressed a little bit of interest.

"I also had a DTM test last year, so that could still be an option, but it looks likely that I will graduate from the RSF program now.

"I really appreciate what they have done for me in the past. It would be great for both of us if we could step over that final hurdle together, so that we accomplish what we set out to achieve.

"Ultimately, all I would say is thank you, I would not be here without the help of the Racing Steps Foundation.

"I think people forget that I still don't actually earn money from driving, so it's important to me to start making a living.

"Whenever there have been pictures of me holding a big check after winning a race, you can be sure the money hasn't gone into my own bank account."

Harvey desperately wanted to sign off in Indy Lights by winning the championship and arrived for the final weekend of the series leading the drivers' standings.

However, a disastrous final two races at Laguna Seca left Harvey a heartbroken second and his team, Schmidt Peterson Motorsports, scratching their heads.

The team was unable to deliver the pace required for Harvey to compete with the leading drivers. And, despite his efforts to wrestle the car around the circuit, the 22-year-old had to settle for the runners-up spot for the second year running.

"We lacked pace from the moment we unloaded," added Harvey. "It is bound to have an impact on what happens next year. It might sound extreme, but it is career jeopardizing, simply because we lose the easy option.

"At least we would have had a million dollars to play with, whether it was with SPM or another team. The winner also received a guaranteed drive in the Indycar series.

"Indycar still looks possible, but everything looks possible in talks over the phone, you have to get to a position where someone hands you a contract and a pen and you can sign it.

"The noises coming out of the team are very positive about me, about my talent and how I influence the team in a positive way.

"I don't really know what went wrong in the last weekend, it was a bizarre weekend.

"We had five weeks to prepare for that track. I don't want to lay blame on anyone because ultimately we are a team, but I was very disappointed that they made some big errors. Actually, disappointed wasn't the right word – it was more like devastated.

"I don't understand how we, as a team, got so much wrong. The combination of all those things left me totally gutted. Winning this year was my only target, I made that clear to everyone."

While Harvey's racing future is unclear, his talent is not. And, if you add to the mix his absolute commitment and dedication, the local boy looks destined for greatness.

Harvey admits his failure to win the Indy Lights title during the final weekend of the series left a 'bitter taste' in his mouth, but he refuses to allow the disappointment to stand in his way.

"People who wallow in self-pity are not moving forward and I want to move forward," added Harvey.

"You have to draw a line under it, call it what it was and move on. The time you spend dwelling on the past you are not using to make something happen in the future."

'Jack won't be dropped like a stone, we will offer him support'

General manager of the Racing Steps Foundation Derek Walters says he is extremely proud of the progress Jack Harvey has made in the seven years he has been supported by the RSF.

Walters confirmed that Harvey will be graduating from the foundation following a successful association and says he believes the Lincolnshire racing driver will go on to achieve more success.

"Jack will graduate from the program now, but we never drop drivers like a stone.

"It does not mean we will not be there for Jack if he needs help with things, but in terms of Jack being funded by the foundation, that is coming to an end.

"We have had a very successful association and Jack has been totally focused and committed throughout our relationship.

"It was my idea to bring Jack out to America after it became clear that a progression to Formula 1 would be difficult due to the way the series is at the moment.

"I think Jack settled really well in the USA, he likes it there and he likes the racing scene out there. I actually think his driving style will be more suited to Indycar than Indy Lights."

Walters says he understands Harvey's disappointment after the final weekend of the Indy Lights season did not bring the title he so wanted.

"I think there was disappointment in the way it was lost," he said.

"The team never had the pace during the final weekend, which was very frustrating for Jack.

"But, while we will not be funding Jack into another series, our relationship will not end totally. We will be there for Jack, we have contacts and we can advise and mentor, so he won't be on his own." Lincolnshire Echo