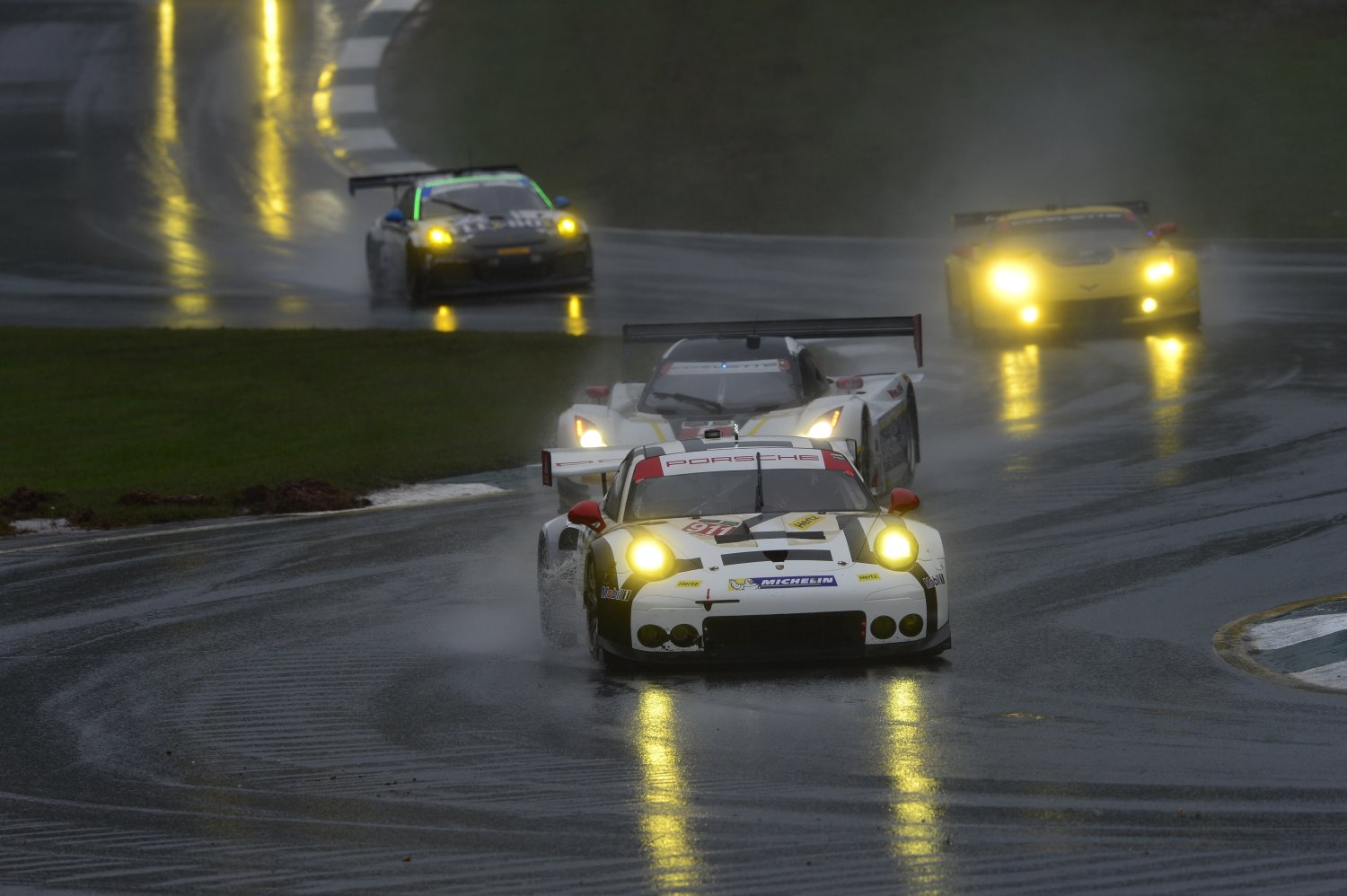 Scoring overall victory at Petit Le Mans in the USA on Saturday, Porsche has written motorsport history. The win of Patrick Pilet (France), Nick Tandy (Great Britain) and Richard Lietz (Austria) with the Porsche 911 RSR on the tradition-steeped Road Atlanta circuit was not only the maiden outright win for Porsche at Petit Le Mans and the first for a GT vehicle in the history of the Tudor United SportsCar Championship, the most important sports car race series on the North American continent. (Actually a factory Corvette GT car beat the lame Daytona DPs for the overall win in the 24 Hours of Daytona one year as well)

Winning the race in at times torrential downpour handed Patrick Pilet the drivers' title in the fiercely competitive GTLM class. In this category, Porsche also secured the manufacturer and team classification titles. This season, Nick Tandy achieved the feat of winning both the 24 Hours of Le Mans and the Petit Le Mans for Porsche – in two different classes.

"You can't get a better race result than this, especially under such difficult conditions," said Head of Porsche Motorsport Dr. Frank-Steffen Walliser.

"Our victors drove an absolutely immaculate race over the entire distance. The way Nick grabbed the overall lead during the last stint after a phenomenal performance…words fail me."

Nick Tandy said: "The last stint when the rain became heavier was the toughest that I've ever driven in my career. To win the big and the petite Le Mans means a great deal to me. It's every driver's dream."