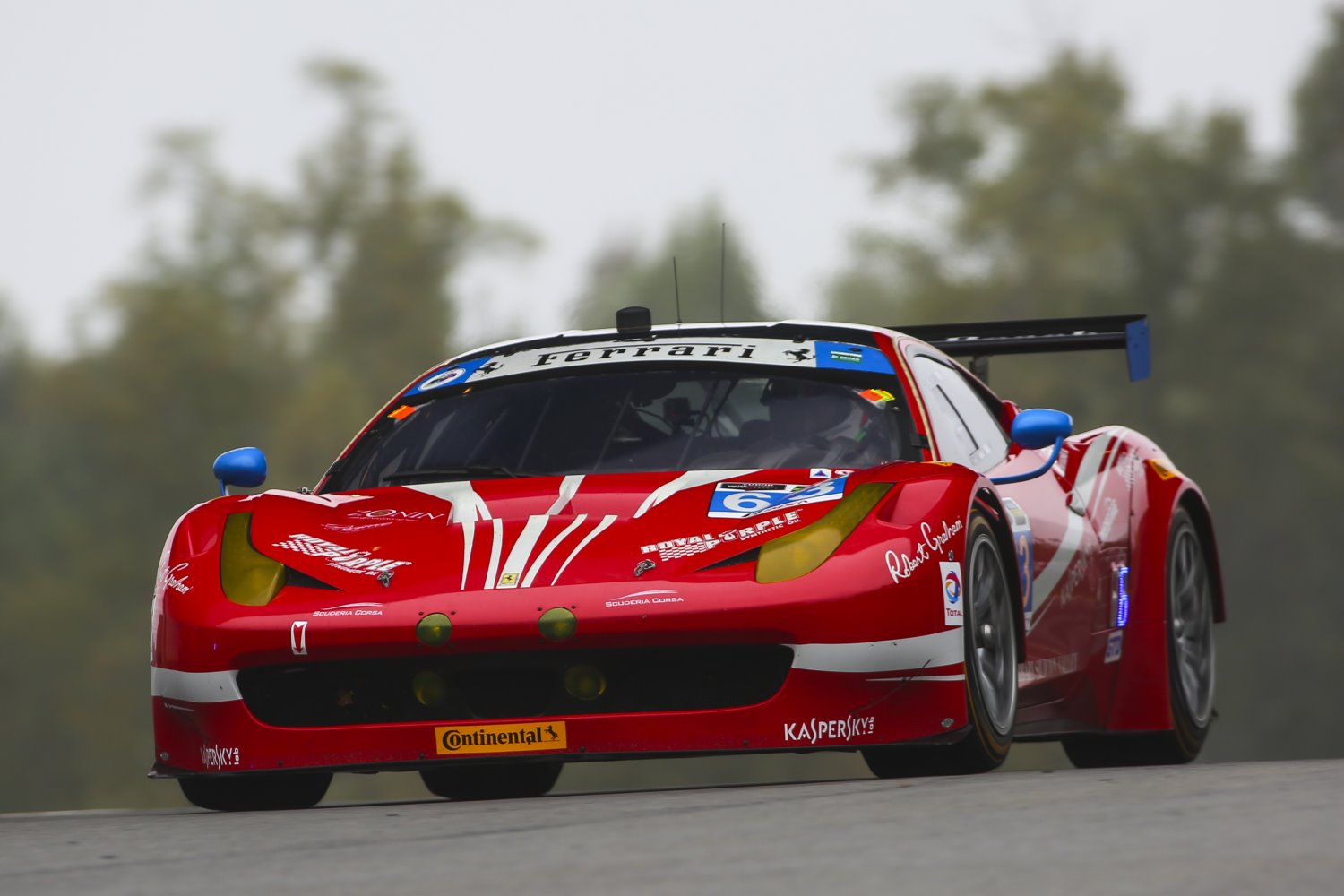 Bell and Sweedler, who were joined at Petit Le Mans by Jeff Segal, ran near the front of the GT-D field throughout the rain-plagued race which saw a one-hour red flag period for course conditions. Starting from sixth position, the no. 63 Scuderia Corsa Ferrari 458 Italia moved to the lead of the race for a period of time with the no. 64 Scuderia Corsa Ferrari 458 Italia close behind in second position.

In the GT-LeMans class, the no. 62 Risi Competizione Ferrari 458 Italia finished the shortened race in fifth position and a strong ninth position overall. Giancarlo Fisichella, Pierre Kaffer and Toni Vilander enjoyed a trouble-free run in treacherous conditions, which brought fifth in the driver's championship for Fisichella and Kaffer in a season where they scored five podium finishes.

The no. 64 Scuderia Corsa Ferrari 458 Italia driven by Matteo Cressoni, Daniel Serra and Jeff Westphal finished the race in sixth position in GT-D.