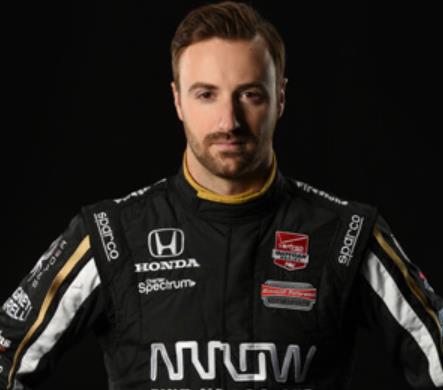 UPDATE #2 AR1.com has learned that Rodolfo Gonzalez will also test for KV Racing at Road America.

09/24/15 Other teams and drivers scheduled to participate in the test, with car number in parentheses, are:
â€¢ Andretti Autosport: Marco Andretti (No. 27), Ryan Hunter-Reay (No. 28)
â€¢ Dale Coyne Racing: Tristan Vautier (No. 19)
â€¢ KVSH Racing: Sebastien Bourdais (No. 11)
Andretti and Hunter-Reay also are scheduled to test Oct. 5 at Mid-Ohio Sports Car Course.

Schmidt Peterson Motorsports (SPM) driver James Hinchcliffe will return as pilot of the No. 5 Arrow Electronics car on Monday, September 28th during a Verizon IndyCar Series test at Road America.

Hinchcliffe, who has a multi-year contract with SPM, was injured in a crash during practice on May 18 at the Indianapolis Motor Speedway. When doctors determined that the 28-year-old driver would not be cleared to compete for the foreseeable future, the team began exploring replacement options. Australian Ryan Briscoe and American Conor Daly shared the seat for the remainder of the season.

After several surgeries and an extensive recovery process, Hinchcliffe has been medically cleared, and the Canadian fan favorite feels physically and mentally prepared to return to the cockpit.

"This is a day I've been looking forward to since May 18th," said Hinchcliffe. "In fact, even longer because I've dreamed of driving an IndyCar around Road America since 2004 when I saw them there for the first time.

"It's obviously huge for me to be in this position to get back behind the wheel. It's been tough being out of the car but the support from everyone has been incredible. I can't thank my family, the team, my doctors, Ric and Sam, Ryan and Conor and the whole IndyCar community enough. I just want to put in a productive effort for the team and hopefully I haven't forgotten how to pedal one of these things!"

SPM team co-owner Sam Schmidt commented, "This has been a long time coming, but we are extremely pleased that James has made a full recovery and will be testing at Road America in the Arrow No. 5 car. All of us appreciate the incredible amount of support James and SPM have received from the motorsports community throughout this process. We are now more confident than ever that this team can be ready and compete for the Championship in 2016. This is the first step in that process."

The September 28th test will take place on the 14-turn, 4.048-mile road course at Road America in Elkhart Lake, Wisconsin. The 2016 Verizon IndyCar Series season is tentatively scheduled to begin in March.