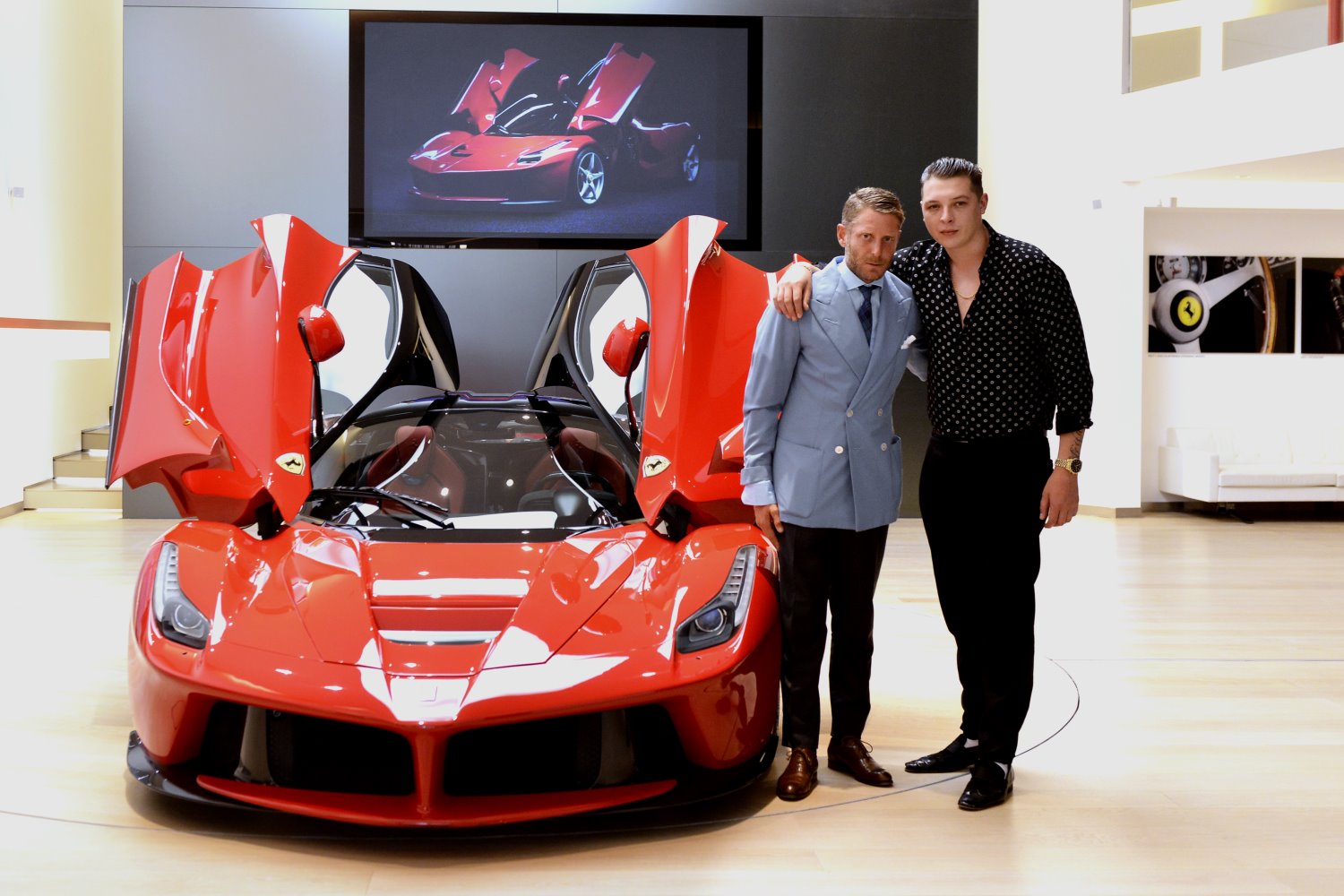 One would expect that singers listen to music at full volume when they're driving. But John Newman astonished us all in Ferrari when he said he never has the radio on when he is behind the wheel: "I need time to think, I need time to listen to the engine, it frees my mind."

The 25 year old is, of course, now world-famous after his single "Love Me Again" dominated the English charts in 2013. However, his great passion as a youngster was for cars and he'd even begun studying engineering before devoting himself full-time to his music.

Newman did not hide his enthusiasm on his first visit to Maranello in the run-up to the release on October 16 of his second album, "Revolve", which comes hot on the heels of his second single "Come and Get It".

The English singer was treated to the full factory tour from the Engine Assembly department to the Assembly Lines, Classiche Division, Tailor Made Atelier, Ferrari Store, Maranello Museum and, of course, a couple of drives in the simulator. Naturally enough, he also visited the new Gestione Sportiva building which he found particularly thrilling having been the Scuderia’s guest at the Silverstone Grand Prix.

That said, probably the most exciting part of Newman’s visit came at Fiorano where after a couple of laps beside chief test-driver Raffaele De Simone, he took the wheel of an F12berlinetta himself.

So how what did he think of the experience? Judge for yourself from his words and expression in this short video: