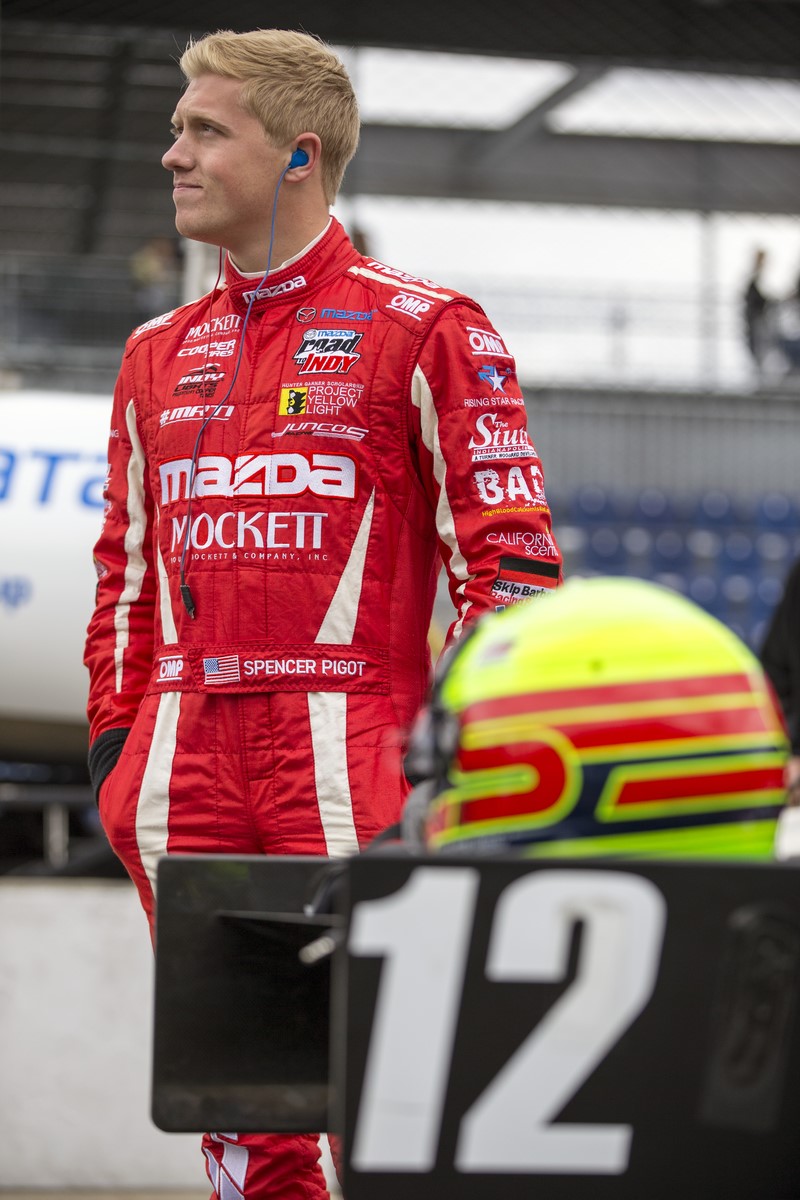 Monterey, Calif. (13 September 2015) – Rising Star Racing's Spencer Pigot turned a dream into reality on Sunday as the young American driver won the final two races of the 2015 Indy Lights season at Mazda Raceway Laguna Seca to win the championship in his rookie season.

The accomplishment earned him another round of support from Mazda Motorsports to make the next step up the ladder, with a package that will see him benefit from over one million dollars in support toward three Verizon IndyCar Series race outings, including the 100th running of the Indianapolis 500.

The victory is Pigot's sixth of the Indy Lights season, which marked the debut of the Mazda-powered Dallara IL-15 that featured an all-new approach to the final step of the Mazda Road to Indy ladder with paddle shifters, push-to-pass, and fully current technology. While the machinery was new, the surroundings were not as Pigot continued to thrive in the Juncos Racing organization.

"My whole career has been as part of the Mazda Road to Indy and so to be supported by Mazda at their home track of Mazda Raceway, it's very cool and I will never forget this," said Pigot, who led flag-to-flag in Race 2. "My ultimate dream is to race in the Verizon IndyCar Series and so I'm very excited for the offseason to see what it brings for next year."

Pigot has already sampled the Verizon IndyCar Series machines, having been called up by Team Penske to test at Sonoma Raceway last month. He produced an impressive pace in his first-ever time behind the wheel of the Dallara IndyCar.

"It's been an amazing ride," added Pigot. "Without the Mazda Road to Indy, the Mazda support, and Cooper Tires, we wouldn't be here. I'm speechless right now. Juncos Racing has done such a great job for me with two championships. The teams that we beat this year are so good – a huge thank you to the Juncos Racing team. I can't thank everybody who has supported me enough – Mockett, Rising Star Racing, MOBE , BAD, The Stutz, D-A Lubricants, California Scents – everybody. I'm very grateful to have found Juncos Racing and we've had so much success together. We're just like a family, and we've worked so hard."

Rising Star Racing teammate Neil Alberico closed out the 2015 Pro Mazda season the way he started it, on the podium, on Sunday in the final race of the year. He won four races this year and scored eight podium results on the way to finishing runner-up in the Pro Mazda championship.

"Everybody was trying to take advantage on the restarts because that's the closest you could get before another caution came," said Alberico. "It was pretty aggressive out there but it's the last race of the year and the points were pretty much set already for the championship so everyone was out there having fun. Everybody raced clean and raced really hard. I thought it was a really good race, minus all of the cautions. We won four races this year, swept the first event of the year and it was looking really good. And that's just the way championships go. Sometimes you win a lot and sometimes you DNF, but hopefully we can come back and race next year and fight for the Indy Lights Championship. I'm praying for that."