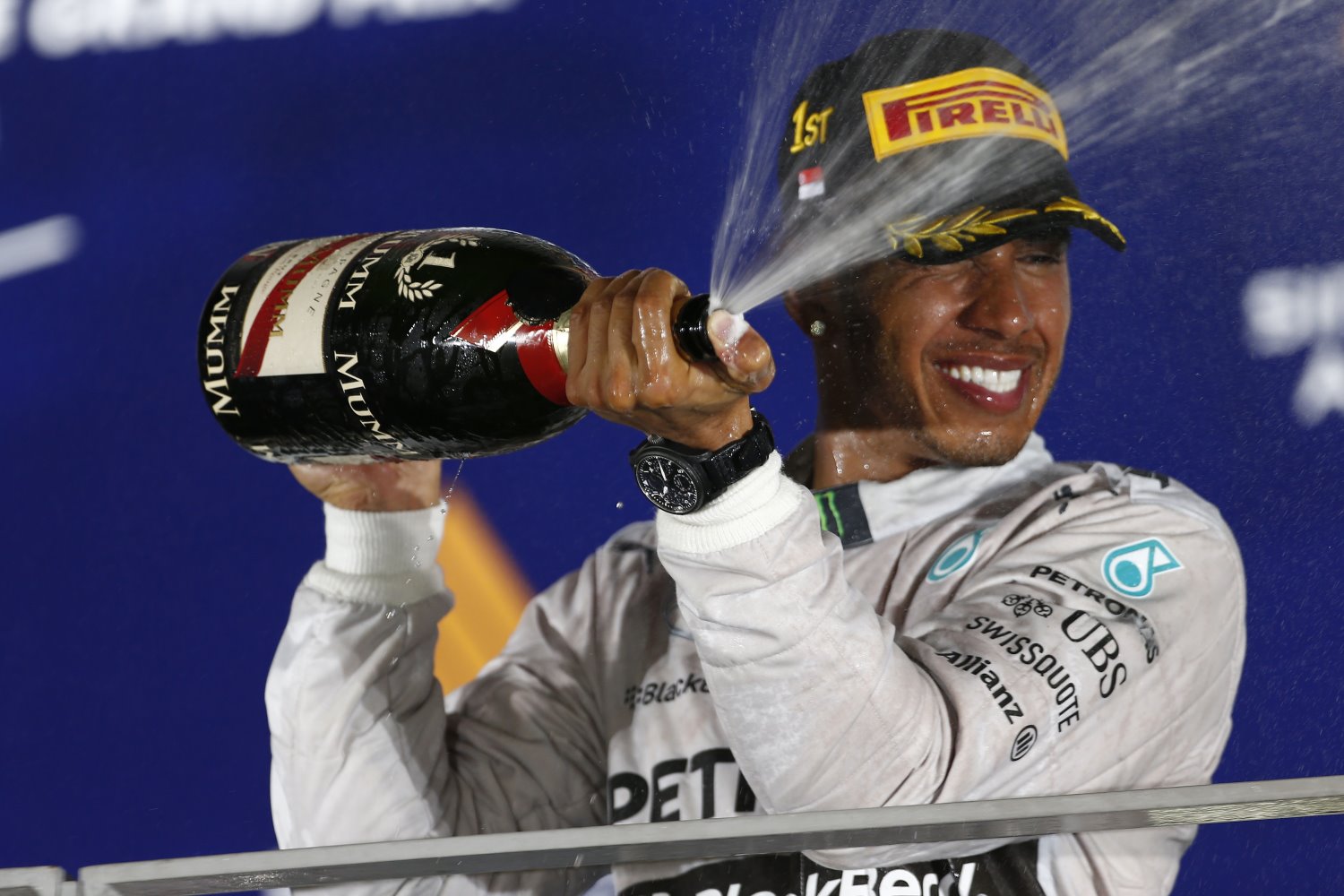 The 2015 Formula One World Championship season continues with Round Thirteen, the Singapore Grand Prix, from the Marina Bay Street Circuit

Lewis Hamilton
"Monza was an awesome weekend for me – one of the best I've had in Formula One. The car this team has built is just incredible and I can't thank them enough for all their hard work. Of course, it was a shame for Nico and the crew to have the retirement – but I know he'll bounce back and I'm looking forward to another battle in Singapore. This race is always a highlight of the season – a great city which looks really spectacular under the lights with the tricky street circuit below – my favorite kind of track to drive.

"You've got to stay 100% focused for a full two hours, which is tougher than it sounds with the crazy humidity. Any small slip and you're in the barrier, so maintaining that total concentration is crucial. I've won there twice now – both times from pole, which shows you how important qualifying is too. It won't be easy to make it three – far from it. But I'm riding high right now and I'll be pushing for that hat-trick."

Nico Rosberg
Obviously, Monza didn't go to plan. It was gutting to miss out on a good result so close to the end but now I approach the final seven races with the attitude that there's nothing to lose. It's maximum attack and I won't be giving up the fight, no way. Singapore is one of my favorite races, so that's a good place to start. It's so tough on everyone – physically and mentally – and I love that challenge. I was only a few thousandths off pole last year and feeling good for the race until a problem with the steering wheel ended my weekend. I know I've got the pace to win there, so I'm hoping for a clean weekend and a chance to unleash this silver beast under the lights.

Toto Wolff, Head of Mercedes-Benz Motorsport
Monza was not an easy weekend. Both drivers produced very strong performances – but unfortunately only one got the result he deserved. When you are in a position like we currently enjoy, expectations are extremely high – and none more so than among our own people. This was our first retirement of the season which shows how far we have come but also that we are not invincible. Every detail matters and we are trying to take care of all of them. So, we take lessons from our failures and look to get back on top with both cars in Singapore. This won't be easy, however, at a circuit which provides one of the toughest tests of man and machine on the calendar. We must be at our best here – and at each race that follows – to make sure the job is done.

Paddy Lowe, Executive Director (Technical)
We came away from Monza with mixed feelings. It was a great performance and a fantastic victory from Lewis to achieve the Grand Chelem. But, on the other side of the garage, we let Nico down on two occasions with a pair of mechanical failures which unfortunately nullified a great recovery drive that should have brought at least a third-place finish. Now, we re-group and move on to Singapore. The season is far from over and things can change very quickly – so the target is a strong result with both cars there. It's a challenging race – particularly on the brakes. The circuit sees a large number of braking events, with low average speed around the lap reducing cooling opportunities. It's also a very bumpy track, with heavy use of the curbs making it tough on the car. The layout makes overtaking a difficult task – often resulting in action-packed races, with unsuccessful passing attempts leaving debris on the track and resulting in frequent safety car appearances. It's an interesting event – running on European time to allow for night-time track running – and provides a significant physical test for drivers and team members alike. It's one that we all look forward to and we'll be hoping to make it a memorable weekend.

At the Singapore Grand Prix