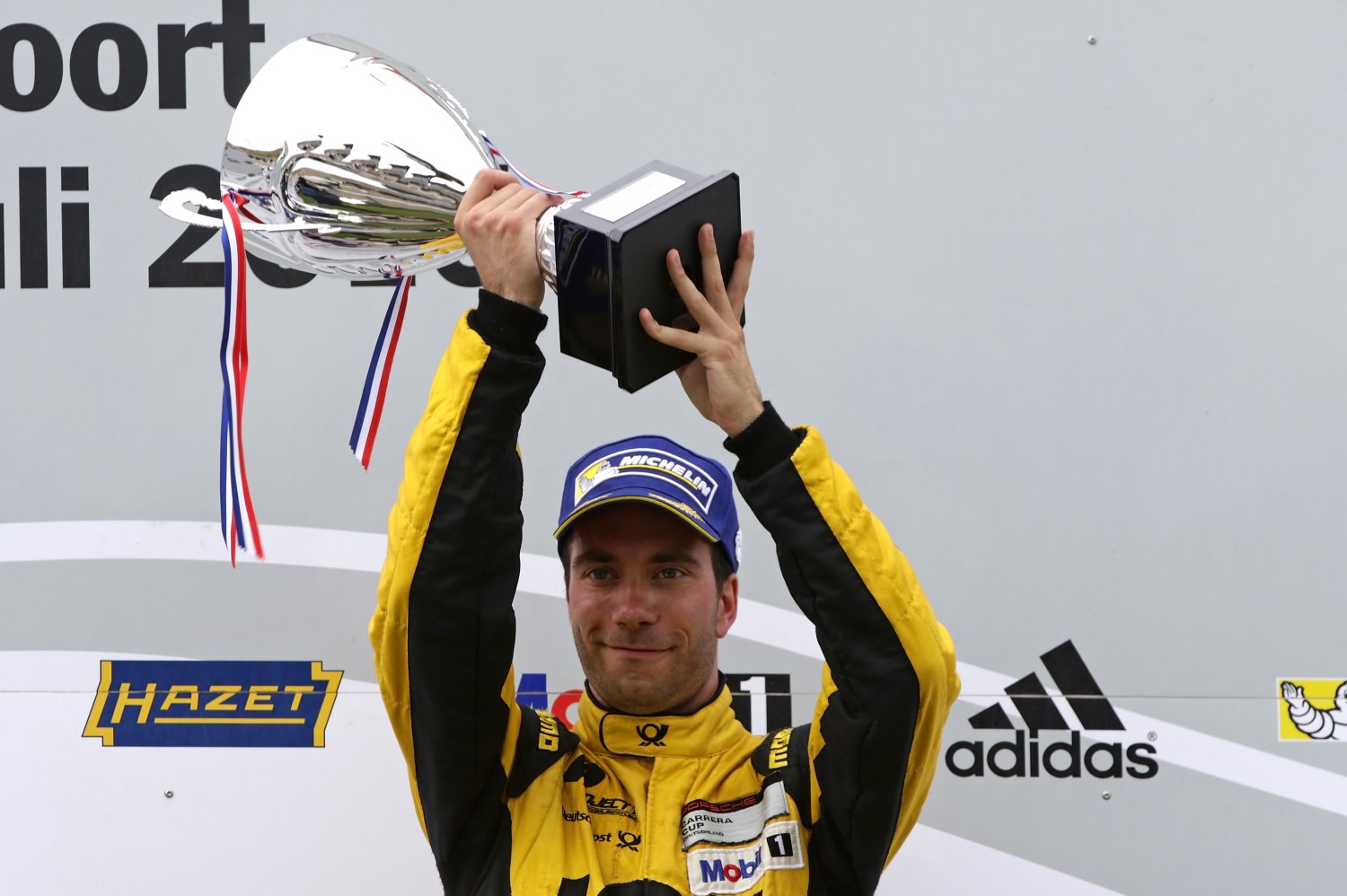 Full of self-confidence, professional in his preparation and controlled on the race track – this is how Austria's Philipp Eng wrapped up the Porsche Carrera Cup Deutschland title before the season has even ended. And for the second time in a row.

After 13 of 17 races, the 25-year-old from Salzburg holds an undefeatable lead: Seven wins, two second and two third places secured the title for the Austrian. Eng is the first driver in the 26-year history of the German Porsche one-make cup series to successfully clinch back-to-back titles.

Eng's motorsport career looks a little like a rollercoaster ride. A seesaw of highs and lows began to shape his character to the extent that there is not a lot that throws him off balance these days. He discovered his focus and learned how to direct his energy towards the positives. Eng is a team player who actively seeks dialogue with team owner Hans-Bernd Kamps, team principal Paul Schlotmann and race engineer René Eder. Within his team Deutsche Post by Project 1 he feels understood and well looked after.

After a successful karting and single-seater career, Eng was invited to test a Formula 1 car in 2008. Sponsors noticed the talented youngster and the goal to enter a Formula 1 cockpit suddenly seemed within reach. But then a backing group of companies went into receivership, supporters bailed on him and his dream was shattered. Eng opted to switch to GT racing, but it took some time to find his way again. Only when he joined forces with the northern German Project 1 team did the young hotshot rise again.

He fought his way back to the podium by improving his mental strength. He earned himself a reputation as a deliberate, tactically clever race driver only last season. When he clinched the Porsche Carrera Cup Deutschland title in 2014, this boosted his confidence. Titles can be critical for a motor racing career and for the drivers' self-confidence. In the 2015 season he notched up points from every race and avoided becoming entangled in skirmishes. In the rain race at Spielberg, he concentrated a little too long on his rivals, opted for wet tires too late, but still managed to come from 21st place to clinch a podium spot in third.

When Philipp Eng is not travelling from race to race, he is back at his family home in Salzburg sitting in front of the simulator or working as a coach for ambitious sports car drivers. "Motorsport is what I love to do the most and it's what I want to do for the rest of my life. I dream of a works contract," said Eng in an interview. With his second title, the popular racer took another step towards fulfilling his dream.