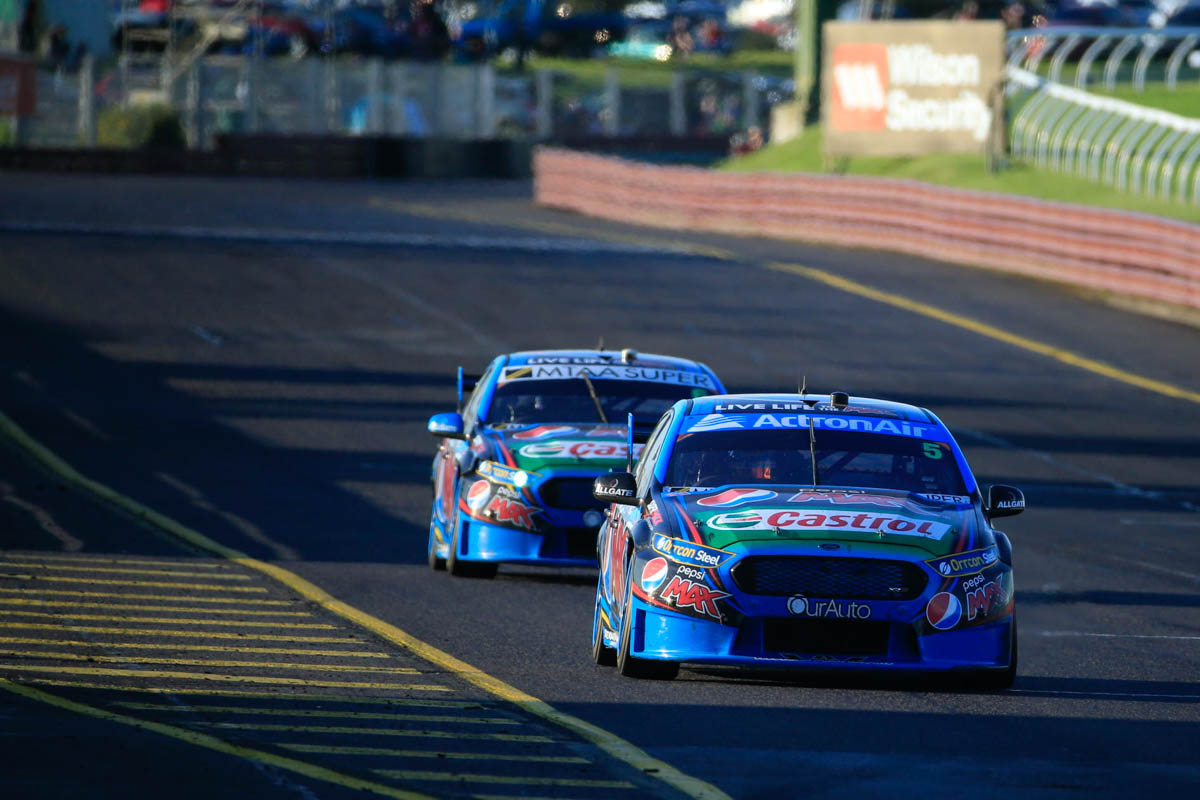 Mark Winterbottom took a crucial step towards his first V8 Supercars Championship at the Wilson Security Sandown 500 today, as Jamie Whincup's title hopes all but slipped away.

"It's just awesome to finally get it done," said Winterbottom of his win in the first round of the Pirtek Enduro Cup.

"Last time the team and I won this race was in '06, and I was in the garage watching (Jason) Brighty, cheering him on. So it's a completely different feeling almost ten years later."

Winterbottom made it look easy in the late stages of the race, until a Safety Car period to clean up debris on track decimated his lead.

"It killed me. I had a seven or eight second lead, and was starting to think about what's for dinner. Then the safety car comes out and you're not hungry anymore!" said Winterbottom.

Whincup and Paul Dumbrell led for the majority of the race until a freak puncture caused by a discarded bolt in pit lane ended their hopes of a record breaking third consecutive Sandown 500 victory.

Shane van Gisbergen and Jonathon Webb rounded out the podium, a welcome reward after a lackluster year for the Tekno crew.

"Just being on the podium is awesome after the last few rounds we've had," said van Gisbergen.

"To be able to push the whole time, not battling and looking in the mirror the whole race is a pretty awesome feeling."

Winterbottom's Championship has now extended his lead over Mostert to 198 points, with Prodrive compatriot David Reynolds slipping into third place.

More than 61,000 fans attended Sandown with a packed grandstand cheering on the driver for Sunday's 500 km race.

V8 Supercars next hit the track at the Supercheap Auto Bathurst 1000 from October 8-11.