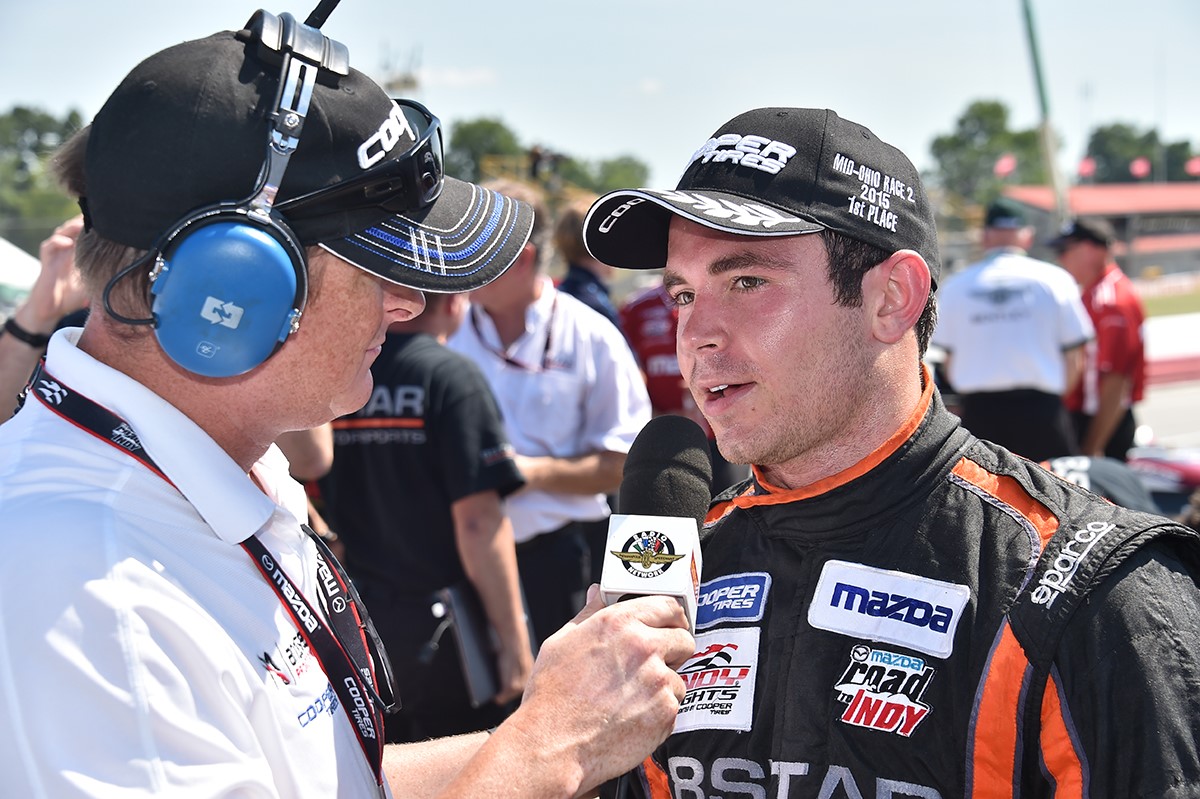 It took a successful crowdfunding effort for 20-year-old American Sean Rayhall to be able to compete in this weekend's Indy Lights Presented by Cooper Tires doubleheader finale at Mazda Raceway Laguna Seca. Now the Georgia native looks to continue the success he has generated in a part-time ride this season with 8Star Motorsports.

Rayhall has only driven in seven Indy Lights races this season, but won twice – the second weekend races on the road courses at Indianapolis Motor Speedway and Mid-Ohio Sports Car Course – and has two more top-five finishes. He was third fastest in the opening day of testing Sept. 10 at Laguna Seca in Monterey, Calif.

He is thankful for the GoFundMe.com initiative that succeeded, in part due to several anonymous individuals involved in the Verizon IndyCar Series who were among the contributors. Rayhall also turned to GoFundMe.com to secure an entry in the Freedom 100 in May, when he finished sixth on the IMS oval.

"I am really fortunate to have (sponsors) Bass Egg and Silver Arrow Technologies on board, along with the crowdfunding effort that went in to do this," Rayhall said, "and to be around such a great team like 8Star Motorsports. We haven't done any testing, which is a handicap at this level of competition, and we've been able to have two wins out of seven starts. That's unheard of."

All three rungs of the Mazda Road to Indy ladder series are conducting doubleheader finales at Laguna Seca. Live timing and scoring and track audio are available for all sessions at Racecontrol.Indycar.com. Live streaming video will be available for all the Sept. 12 and 13 races on the same site.