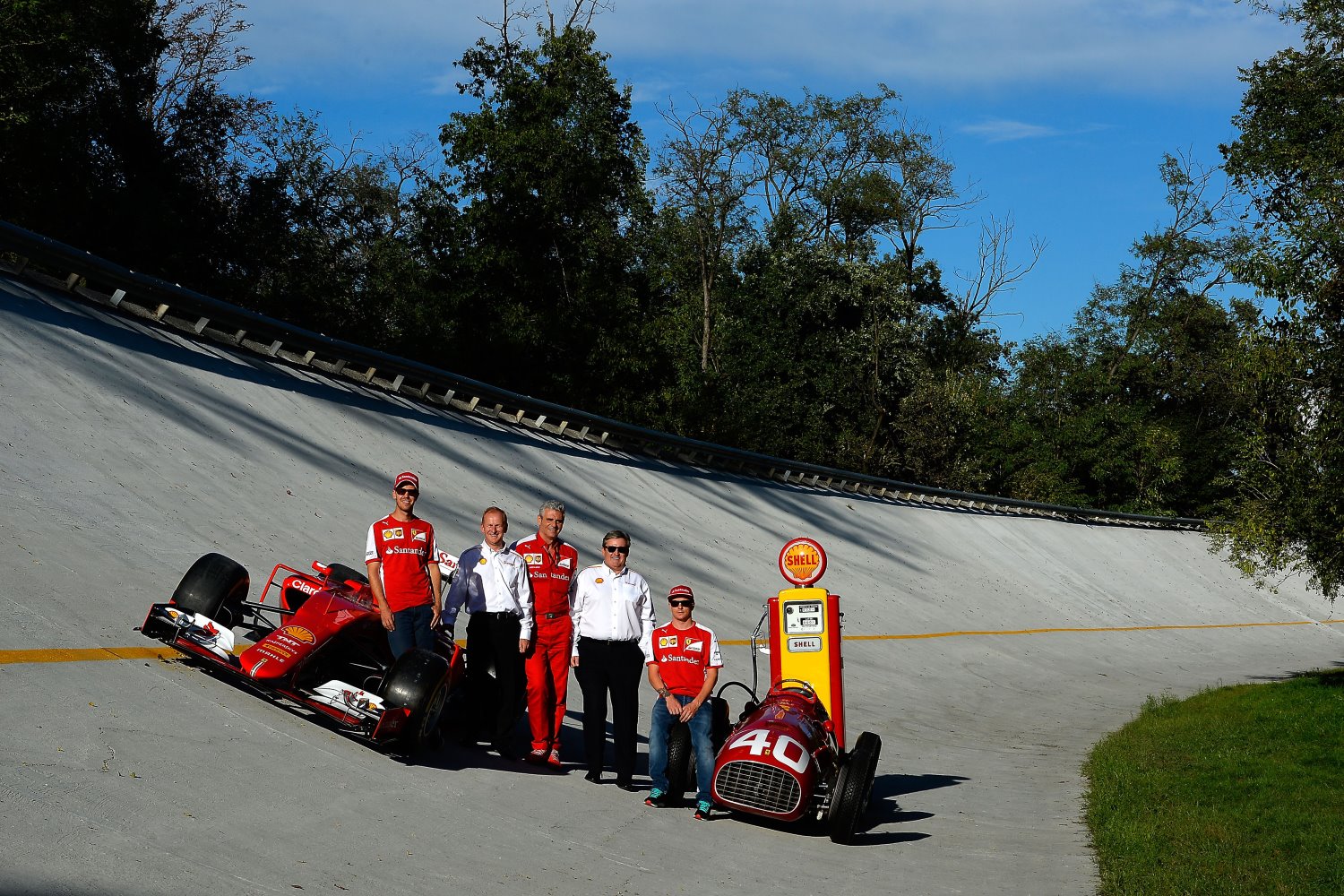 Shell has become Innovation Partner of Scuderia Ferrari for the next five years as part of a new agreement that will see the pair work closer together than ever before – not only at the top of Formula 1, but across a number of different projects.

Announced ahead of the FORMULA 1 GRAN PREMIO D'ITALIA 2015, this arrangement marks a significant new chapter in a partnership that dates back to the 1930s.

Shell will continue to provide Scuderia Ferrari with what it believes to be the world's best performance fuels and lubricants package: Shell V-Power race fuel and Shell Helix Ultra bespoke motor oil. Beyond that, Shell has also committed to continue to dedicate at least 21,000 man hours and 50 full time technical staff to the Innovation Partnership every year.

As part of this, Shell will have a permanent technical staff presence at Ferrari’s Maranello headquarters going forward, a measure of the increased collaboration to come between the two companies.

"Of course, fuels and motor oil are just two of the many parts that need to come together for a Formula 1 car to cross the finish line first. As our relationship with the most successful team in Formula 1 evolves, we are determined to help bring success to the Scuderia, and develop even better fuels and lubricants for our millions of customers."

Istvan Kapitany, Executive Vice President, Shell Retail agreed, saying: "Shell has helped drive Scuderia Ferrari to more success than any other team in the sport's history, and for that we are very proud.

"Formula 1 is a world-class test bed where we are able to develop the fuels and motor oils that should give Scuderia Ferrari a competitive edge. These advances in product science also make their way into the vehicles of motorists across the globe. With the help of some of the greatest scientific and business minds in the industry, we hope to achieve great things with Scuderia Ferrari as a result of this rejuvenated partnership."

Scuderia Ferrari Team Principal Maurizio Arrivabene also hailed the new agreement, saying: "The signing of this contract is another step forward on the path to stability, and we are delighted to work with Shell on an extended basis.

"Historically the engine is at the very core of Ferrari, which means that everything we do with Shell is working around our heritage as an engine constructor. Already this season the work that Shell has done has contributed to our wins in Malaysia and Hungary, which is proof of not only a professional commitment, but is also the result of a great partnership as well."

Shell’s partnership with Ferrari will also stretch beyond Formula 1, with Shell set to provide fuel and lubricants to Ferrari GT teams entering the FIA World Endurance Championship and the Le Mans 24 Hours.

In keeping with this agreement's spirit of innovation, Ferrari will also support Shell's global Eco-marathon program going forward, offering members of the successful teams a four-week internship in Maranello.