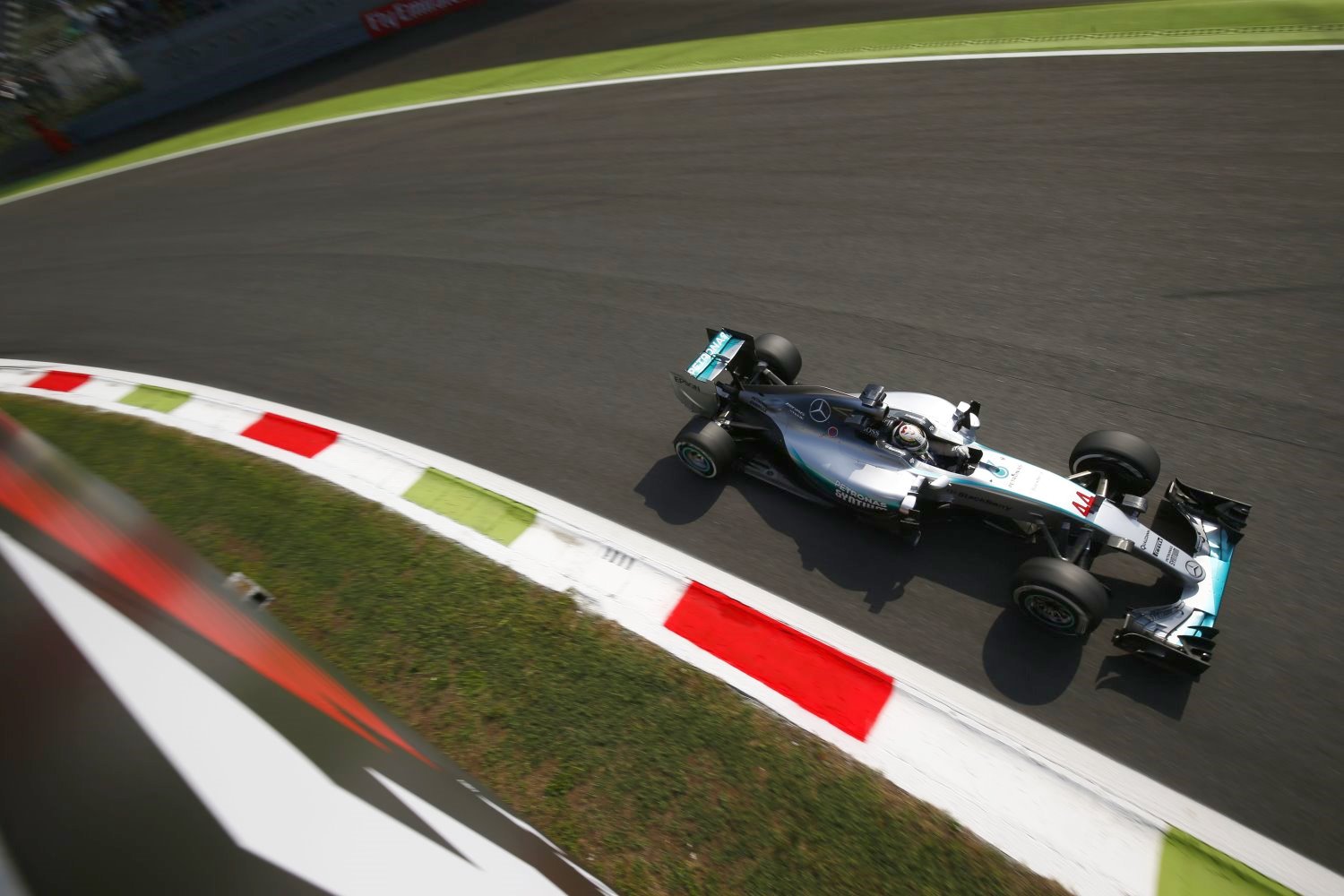 Lewis Hamilton maintained his place at the top of the timesheets ahead of qualifying for the Italian Grand Prix, nabbing the top spot in the closing stages at a drying Monza. Sebastian Vettel with a strong showing in second, suggested that Ferrari might be closer to the Mercedes car than the Friday times suggested, but we all know Hamilton has yet to show his hand.

With overnight rain making conditions mixed at the start of the hour-long session, most drivers waited until the final minutes to set their personal bests.

With patches of wet track preventing the drivers from matching lap times from practice 2, Hamilton was still fastest for Mercedes with a 1min 24.544s – three tenths slower than the weekend benchmark – and two tenths clear of Sebastian Vettel.

Because of the rain, all of the quick times came right at the end of the session, with Hamilton going round in 1m 24.544s on the softer Pirelli tire. Vettel cheered the tifosi with 1m 24.808s for Ferrari, 0.264s down, as Rosberg only marginally improved to 1m 24.843s for third.

With a dry qualifying session predicted this afternoon, Vettel was just quick enough in the dicey conditions to edge out Nico Rosberg with Valtteri Bottas and Felipe Massa completing the top five.

Another strong session for the Mercedes-powered contingent, Lotus' Pastor Maldonado was sixth fastest, ahead of Kimi Raikkonen in the second Ferrari and Sergio Perez in the Force India.

Nico Hulkenberg didn’t quite get it together in his Force India, which he took round in 1m 26.141s, as Fernando Alonso pipped McLaren team mate Jenson Button right at the end. The Spaniard managed a more respectable 1m 26.632s, the Briton 1m 26.750s.

Toro Rosso's Carlos Sainz and Max Verstappen had set the early pace on intermediates and then medium slicks as the track continued to dry, but did not venture out later on because there was little point putting miles on their fresh engines with their grid penalties coming up.