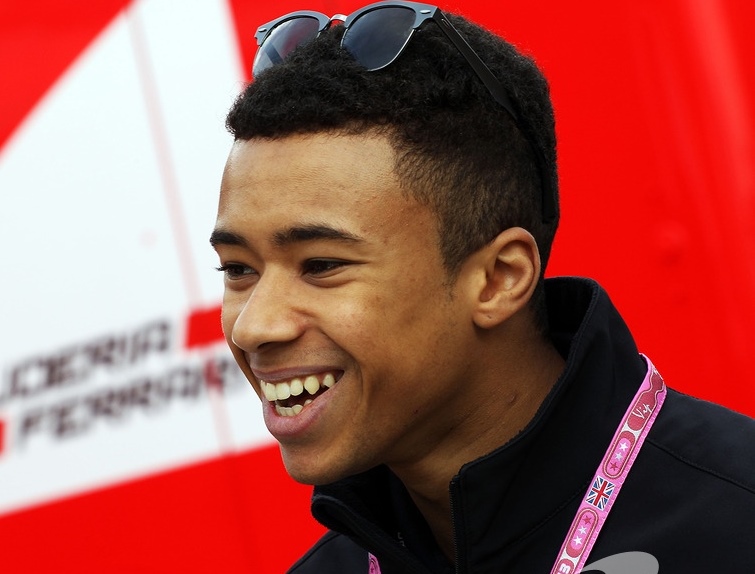 Nissan Athlete and GT Academy champion Jann Mardenborough will take another step up the ladder towards Formula 1 this weekend when he competes in the GP2 Series at Monza in Italy. Dubbed the "Cathedral of Speed," Monza is a great place to make a GP2 debut, and Mardenborough will be out to show the form that has made him one of the standout winners of the Nissan PlayStation GT Academy.

Jann will jump into the #4 GP2 car of Sean Gelael – who is racing in the Formula Renault 3.5 Series at Silverstone this weekend – to compete at Monza.

Throughout 2015, Mardenborough has been racing in the GP3 Series with Carlin Motorsport, one of the most successful single-seater teams outside of Formula 1. Team boss Trevor Carlin is one of the industry's best talent-spotters and counts Sebastian Vettel, Daniel Ricciardo and Kevin Magnussen amongst the Carlin alumni.

"With Sean busy completing his full season in Formula Renault 3.5, we had the ideal opportunity to give a driver a taste of GP2 at one of the greatest circuits in Europe," said Carlin. "Jann is a very talented and fast driver and has suffered some bad luck this season, which means he hasn't claimed the results he's capable of. Although this weekend will be a big learning curve for him, we're pleased to give one of our GP3 drivers the opportunity to step up to the next level and will be focused on helping Jann get the most from the experience."

For now, this is the only GP2 event for Jann, so the 23 year-old has been working hard on the simulator to make sure he is fully prepared for this opportunity.

"I'm extremely excited to drive a GP2 car for the first time," said Mardenborough. "It's an opportunity that I couldn't turn down. I want to move up to GP2 in the future, so to have this experience now is very valuable. I want to be competitive, but the challenges in GP2 are very different to GP3 – with DRS and two tire compounds, as well as longer races and pit stops, although I'm used to those from sports car racing. It's going to be a big step up, but I'm going to give it everything. Thanks to Carlin and Nissan for this opportunity."

Since winning GT Academy in 2011, Mardenborough has competed in both single-seaters and sportscars, which have given him a fantastic grounding in many areas of motorsport. From British GT to Le Mans and from F3 to GP2, Mardenborough has worked extremely hard to make the most of the opportunities that have come his way.

"Trevor Carlin first took Jann under his expert wing in 2013 when he raced in Formula 3, and I was very happy to be able to place Jann back at Carlin for the GP3 Series this year," said Darren Cox, NISMO Global Head of Brand, Marketing & Sales. "As well as being a great talent spotter, he is a risk taker and he has been able to see the potential in Jann as he has made the transition from virtual to reality. Who would have thought that the shy kid from Cardiff who won GT Academy in 2011 would be lining up on the GP2 grid at Monza just a few years later?"