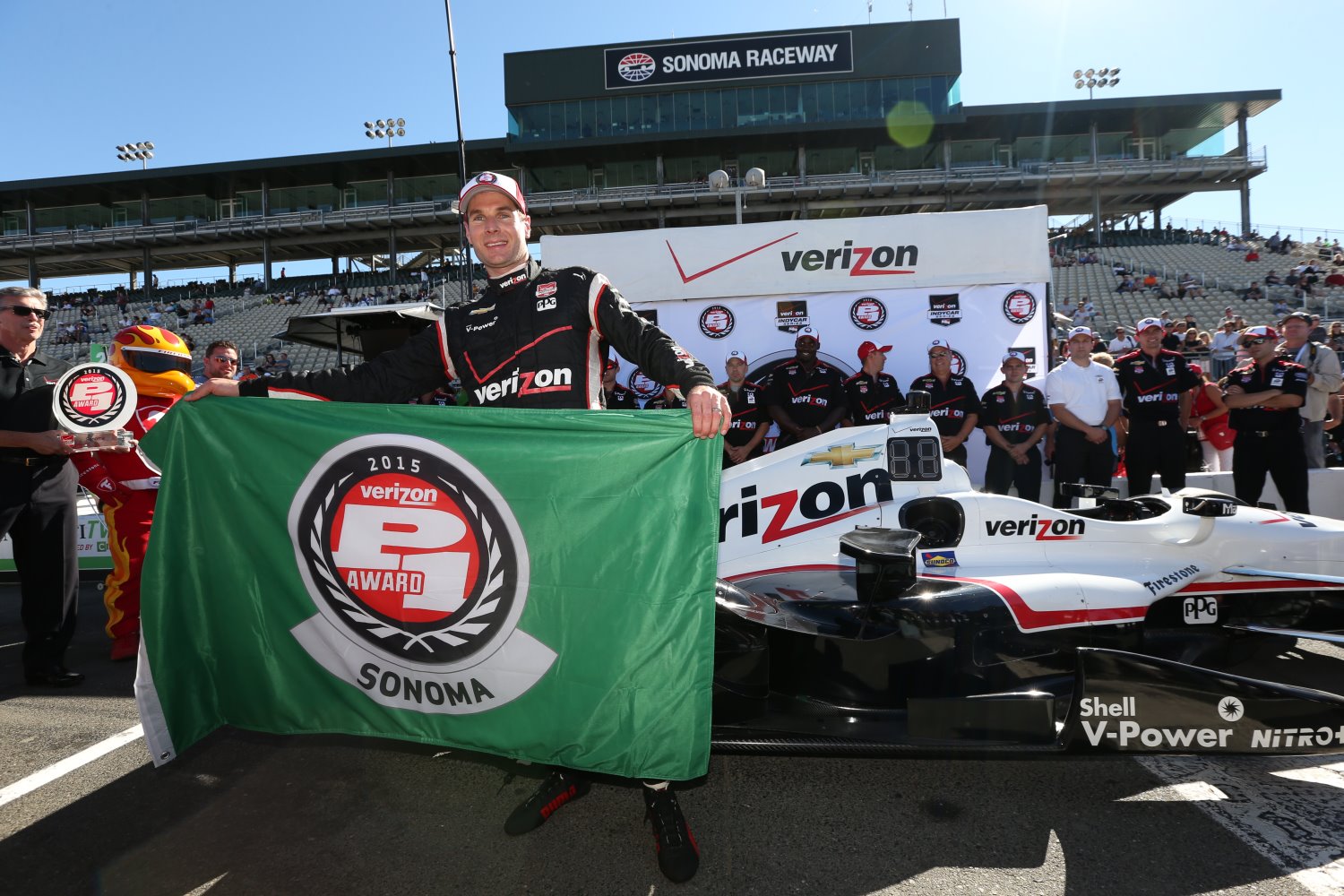 UPDATE Courtesy of the AR1 Research Department, we have amassed some calculations to compare how Power's qualifying record favors with other all-time IndyCar greats. Interestingly, Power has the best success rate of pole positions relative to races started of any driver in Indy Car history to have made at least 100 starts.

SONOMA, Calif. (Aug. 29, 2015) – Reigning Verizon IndyCar Series champion Will Power reset his year-old track record in the Firestone Fast Six to earn the Verizon P1 Award and pace four of the six championship contenders who will start on the first three rows for the title-deciding GoPro Grand Prix of Sonoma.

Three rounds of qualifications set the 25-car grid for the 85-lap race Aug. 30 (1 p.m. PT/4 p.m. ET on NBCSN) that carries double base points along with bonus points for the pole (one point), leading a lap (one) and leading the most laps (two).

Power claimed his sixth pole start of the season and 42nd of his career, which is fifth on the all-time Indy car list.

"I'm really stoked. I love qualifying and (am) very happy to end the year with a pole position," said Power, a three-time winner at Sonoma Raceway who has started from the pole five times in the past six years for this race. "Lots of points on the table; we'll go for that win."