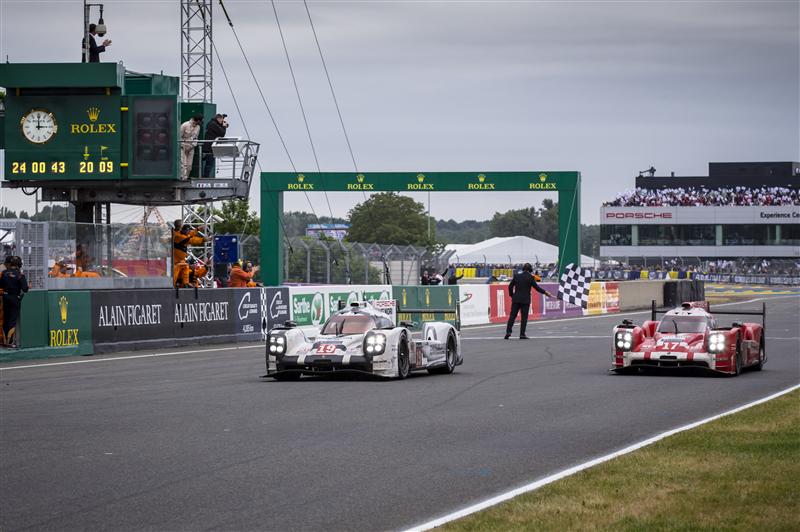 Porsche continues racing into the future with the 919 Hybrid: The board of Porsche AG has decided to extend the Le Mans prototype program until the end of the 2018 season. With its ground-breaking concept – a downsizing turbo engine and powerful energy recovery systems, combined with an extreme lightweight design – the racing car with a performance of around 1,000 hp serves as a research laboratory for future sports car technology.

Matthias MÃ¼ller, Chairman of the Executive Board of Porsche AG, said: “Motorsport is an important part of Porsche’s brand identity – but not an end in itself. Racing has got to help the technology of future road going sports cars. It was the revolutionary efficiency regulations that convinced us to return to top-level motorsport for the 2014 season. That we have managed to take the crown jewels of endurance racing in only our second year, with a one-two result in Le Mans in 2015 with our highly innovative and complex 919, is an outstanding testimony to the people in the Weissach research and development center. The competition bears fruits and we see further potential for future synergy between the racing and road car programs. This is why we have extended the program."

Wolfgang Hatz, Member of the Executive Board, Research and Development, underlined this: “Porsche sets bench marks in the WEC. The two-liter V4-cylinder turbo charged petrol engine with a performance of over 500 hp is the most efficient combustion engine we have built so far. We are the only ones able to generate eight megajoules of electrical energy per lap in Le Mans from our two energy recovery systems. It is easy to detect that the challenge provided by the sport pushes our engineers to extreme performances."

Fritz Enzinger, Vice President LMP1, added: “Back in 2012 we began in Weissach with a handful of people, literally a white sheet of paper, high expectations and a strong amount of courage. I’m very proud of this team of 230 employees and I’m pleased for each of them that from now on we can plan securely for three more world championship seasons and Le Mans entries."