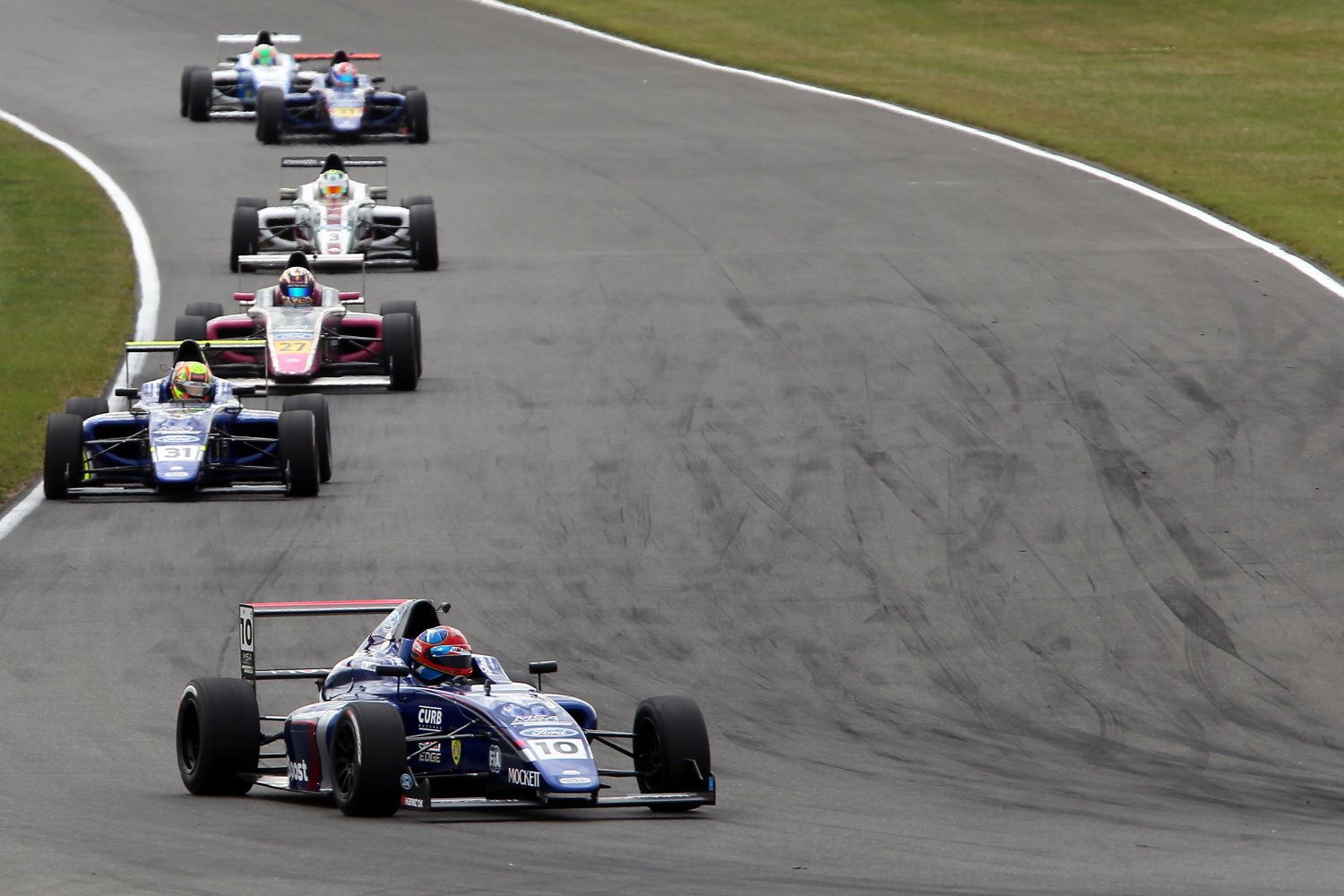 Colton Herta and Lando Norris took a Carlin 1-2 in the final MSA Formula race of the weekend at Snetterton this afternoon, while Petru Florescu made it all three Carlin cars in the top five. After taking his maiden victory in the championship earlier today, Herta took a lights to flag victory this afternoon from pole position closely followed by Norris.

For the second time this weekend, it was an all Carlin front row with Herta on pole and Norris starting from second. Also near the front of the field was Florescu who was starting from sixth place. As the lights went out, Herta made a good start with Norris close behind him who in turn had Daniel Ticktum in his mirrors in third. Florescu had made up one place to fifth.

In a relatively uneventful race which saw no safety car periods, Herta controlled the race at the front to take his second victory of the day. Norris stayed close, and despite some pressure from Ticktum towards the end of the race, never really saw his second place under threat. Florescu crossed the line in fifth and also took the honors for third on the rookie podium.

Reflecting on his win, Herta said, "It felt good to get my first win of the season his morning, and that made it a bit easier this afternoon. I think we'll do well from now on, we've shown all season we have the speed but it has all come together now. Thanks to Carlin for giving me a great car."

Norris, who lies second in the standings and had closed the gap to championship leader Ricky Collard added, "It wasn't an easy race, I managed to keep Dan [Ticktum] behind but wasn't quite able to stay with Colton. He's done a great job all weekend. It's good to see we have the pace in the team but we have a few things to work on before Knockhill."

The MSA Formula drivers will be back in action in just two weeks' time when they head to Knockhill, Scotland.