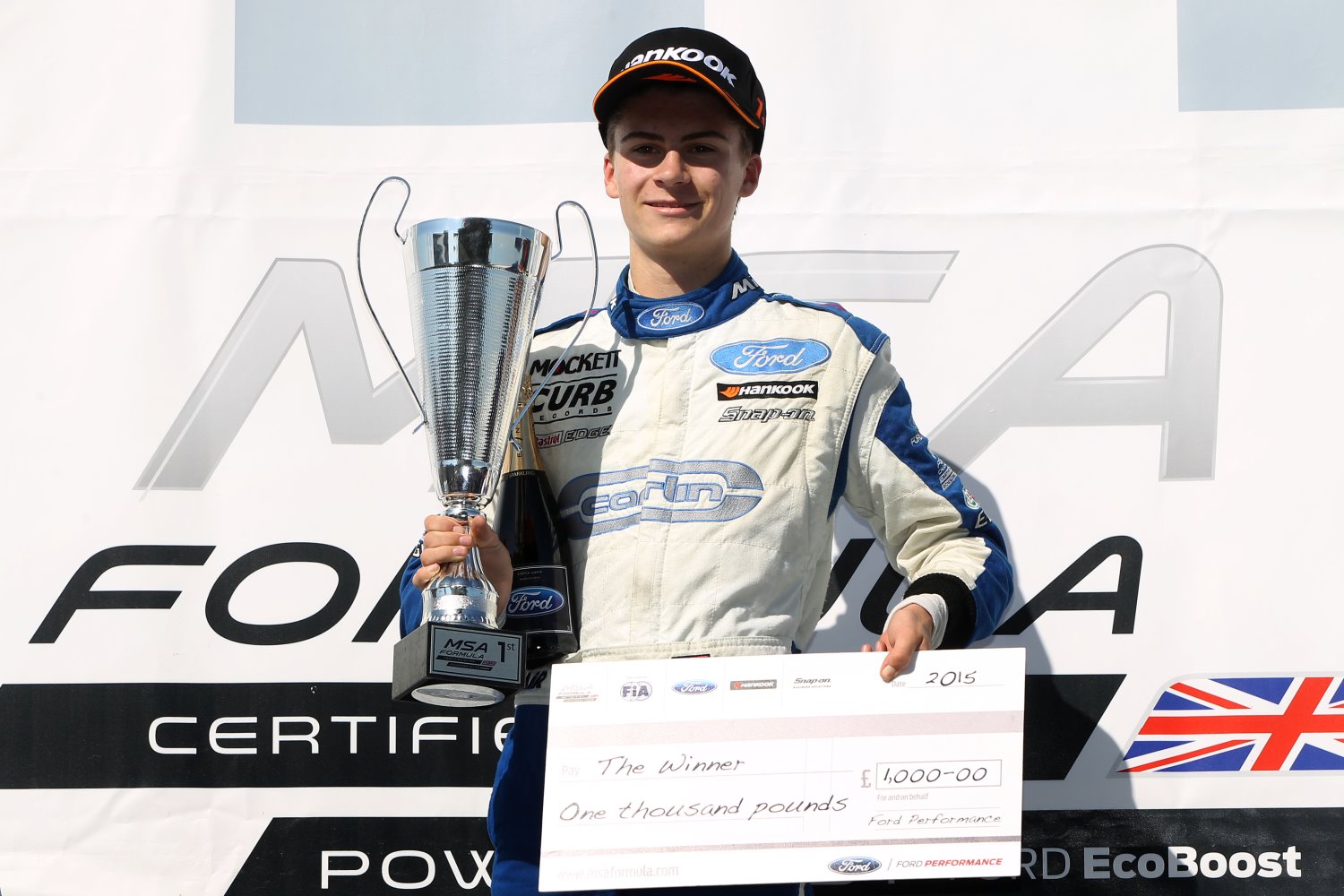 Colton Herta took victory in race two of the weekend at Snetterton today, taking his first victory in the MSA Formula Championship. The 15 year-old racer took the lead with a great overtaking move on the leader Jack Barlow and kept his cool throughout a safety car restart to take victory. Lando Norris crossed the line in eighth place while Petru Florescu came home in 11th place.

Starting from second on the grid Herta had the podium in his sights. A quick lights out sent the field away, as Herta maintained his starting position of second. Behind him, Florescu starting from sixth hadn’t had quite such a good start and was 11th while Norris had also lost one place and was 10th.

Herta stayed close to pole man and race leader Jack Barlow as the first few laps got underway, and made his move from the lead at the start of lap three. The 15 year-old timed his move perfectly taking the lead at the first corner, just as the safety car was called out to recover the stranded car of Ameya Vaidyanathan.

At the restart, Herta timed his getaway to perfection, stealing an early lead on Barlow to lead the pack away. From then on, Herta didn’t look under any pressure, with his lead increasing when Barlow took a drive through penalty for a jump start.

Despite oil on the track catching several drivers out, Herta was able to continue and take his first victory of the season. Norris took eighth place at the flag while Florescu was 11th.

Speaking about his victory, Herta said, “Everything came together today. It feels like it’s been a long time coming but we did everything right today. We just need to focus on doing the same again this afternoon."

Herta will start from pole position for the final race of the weekend at 15.20 today, with team mate Norris right behind in P2. Florescu will also be in contention starting from P6.