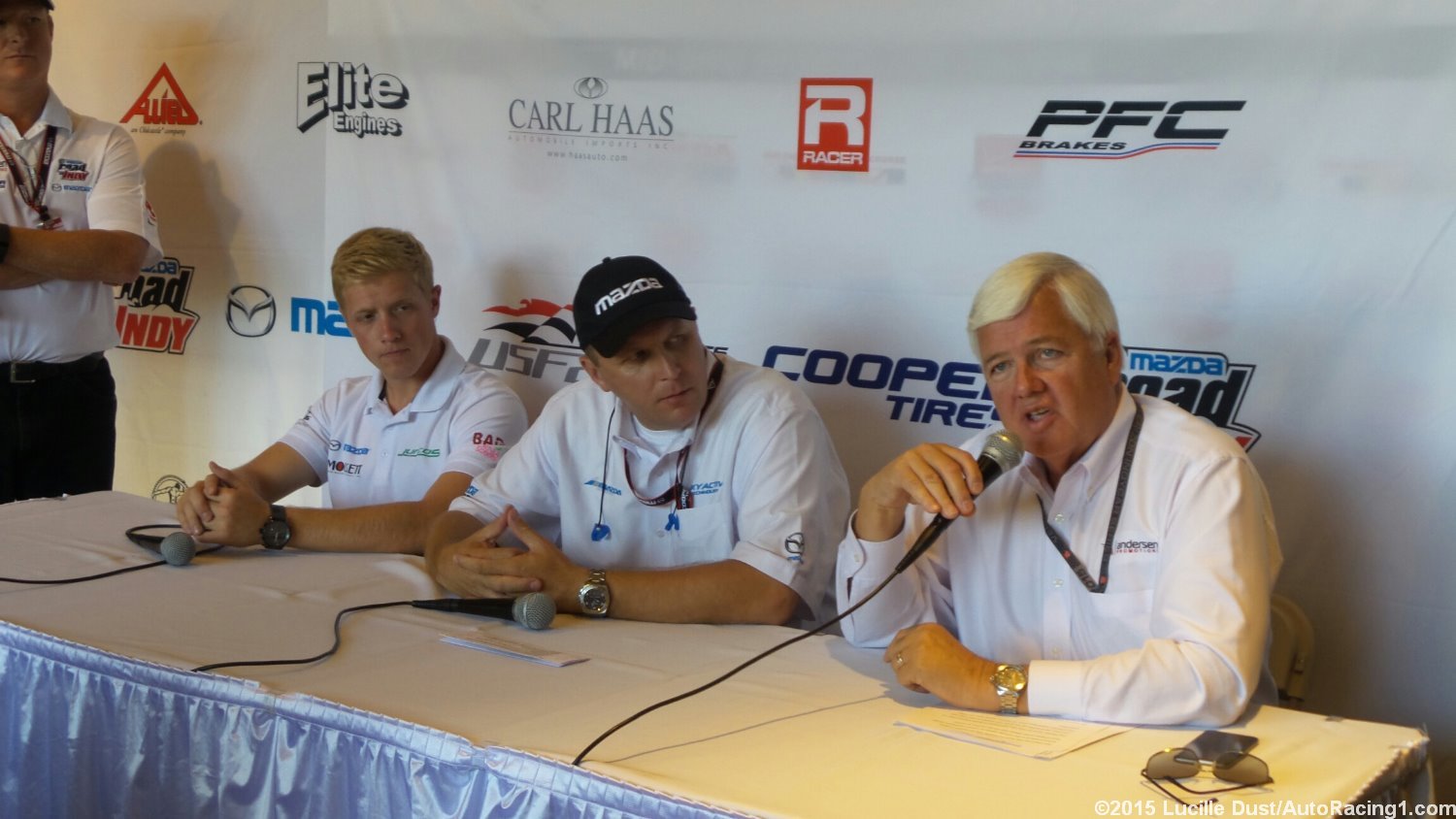 It has been an exciting season for the Indy Lights Series with the new Dallara IL-15 chassis. Despite the low number of drivers participating this year, the competition has been extremely close for the championship. The top 3 drivers are very close in points.

We talked with Dan Andersen, CEO and owner of Andersen Promotions, which oversees all aspects of the Mazda Road to Indy program, to see how he would evaluate the past year.

"Fantastic with the new car! I want more cars on the grid. We have sold a bunch more that have not made it to the grid yet. So we are still attempting to fill the seats of those cars. The car performs flawlessly. The track records are all falling, the drivers like the car, the teams like the car, the quality of the Dallara car is significantly stronger than the past car. The engine program is powerful. We are breaking track records. It is a perfect trainer for the IndyCar series, the car performs very much like an IndyCar with just less power. Exciting debut of a new car. We expect to see it improve from here."

I asked if they had a new schedule for 2016 worked out. He replied "I do but I am not allowed to tell you yet. If I do, you will know the IndyCar schedule. There will be a few new venues, some of them have already been announced by IndyCar."

I asked if the Lights program would offer incentives to bring in other cars. "Yes we are working with IndyCar on an incentive package for IndyCar teams to add a Lights component. That is my next big project to get a few more of the IndyCar teams to engage and recognize the value of this series. It's not just driver training. There are many IndyCar mechanics who came through my series. When the teams actually have their own Indy Lights teams, they can train their own mechanics to their cultures and move them up to IndyCar when they are ready."

I talked with Andrew Jackson who is the senior engine builder for AER which supplies the engines for the new Dallara. AER has a 5 year contract to provide the engines. They have made some changes to the engine during this first year but have had no major issues and they are pleased with the performance.

I also talked with Butch Winkle who is the Tech Director for the Lights Series. He also commented that the one thing that would improve the series is a larger car count. One idea that has been talked about is having an IndyCar driver come and race in the new car and possibly result in bringing more fans to their races. Most of their schedule is with the IndyCars but not all dates.

The series has one more race at Mid-Ohio this weekend. Their season finale will be at Laguna Seca, with 2 races the weekend of Sept 10-13. Should be entertaining to watch who will win the championship for 2015. Lucille Dust reporting live from Mid-Ohio for Autoracing1.com