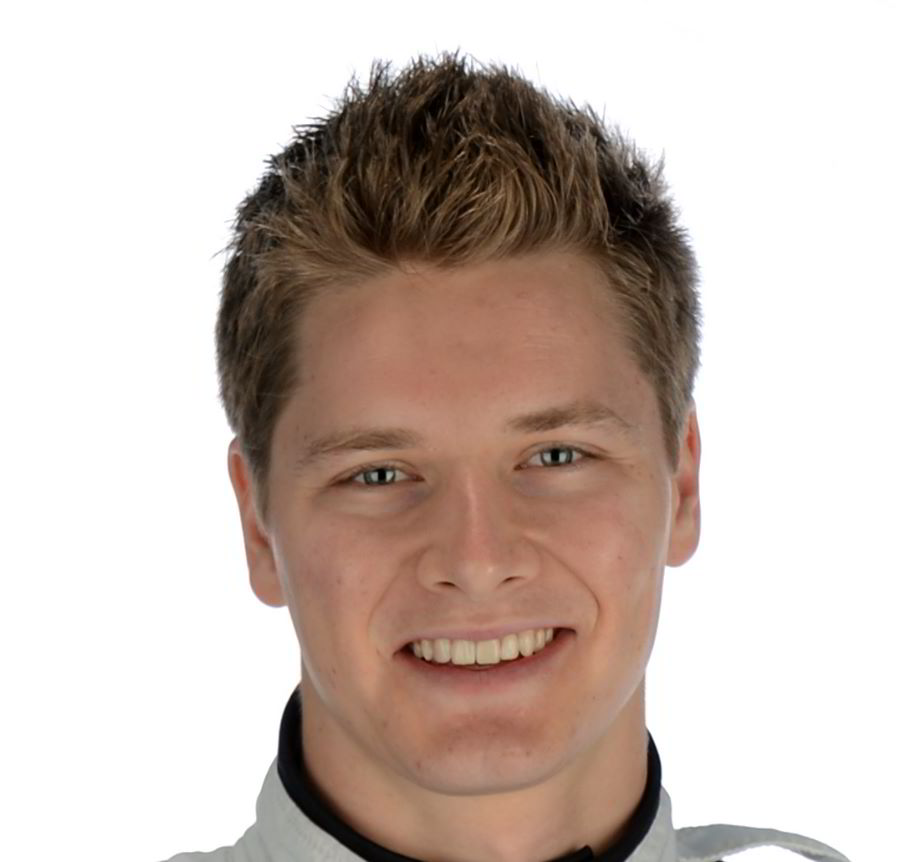 After placing second in the morning practice in the second spot, a smiling Josef Newgarden was happily reflective about his accomplishments in 2015. The 24-year-old Tennessee native has won twice so far this season, at Barber in April and in Toronto in July.

I asked him what his plans were for next year. The CFH Racing driver stated "I want to have the best situation with the best resources and the best tools. I am happy where I am now. I would have to think about every opportunity before making a move."

I asked to if Formula 1 was a possibility in his career and he replied "I want to race in everything. Sports cars, F1 and Indy Cars."

I spoke with some of the lights drivers also before there autograph session in the fan village today. Ed Jones who pilots the #11 for Carlin Racing had some interesting comments about his first season in the Lights. "Our aim was to learn the new circuits. Some of tracks in the US are old school'. In Europe, the tracks have more runoff room so if you make a mistake, you can recover without much penalty. Not so here in the US."

When I asked him about next season, he replied, "I think I am ready to make the move to IndyCar. I have had IndyCar teams talk with me about next year."

His teammate at Carlin is Max Chilton who hails from London and drives the #14. Max stated "I feel that I have had a good season. I came over to help start the team and I have enjoyed it. I knew I could not win the championship because I missed 3 races. And I missed the oval test days." Missing the oval test days did not deter him from winning his first oval race in Iowa 2 weeks ago. Chilton noted, "the oval tracks are all unique. I could not believe the difference from Milwaukee to Iowa."

As for his plans for next year, he stated " I have no clue at this point. I am usually signed for next season in January or February. But not this season. You might see me in IndyCar by 2017 but probably not in 2016."

Spencer Pigot drives for Juncos Racing in their #12 entry this season. When I asked him about the new lights car, he had good feedback. "The car is nimbler and faster that the old Lights car." As for next season, "I will think about that after our last race in Laguna Seca."

I will have a bit more on Indy Lights later today.

08/01/15 The announcement that Derrick Walker was stepping down from his position as President Of Competition and Operations caught most of the IndyCar world by surprise this week. It has to be a difficult job keeping everyone in the organization happy, especially this season with the introduction of the aero kits.

The question here in Mid-Ohio this weekend is who will replace Derrick Many suggestions are floating around, Chip Ganassi Racing managing director Mike Hull one of the more prominent.

I spoke with Hull this morning. "I am sad that Derrick has resigned. I love racing, I love IndyCar racing myself. I do not want that job. IndyCar need to make their product more relevant to the fans. They need to look at their product as a sports property and continue the mission of racing.
We need to have a positive attitude about IndyCar racing in the paddock and a unified direction from within the organization. IndyCar needs a real wake up call."

I think Mike makes an excellent point. He is a strong spokesman for the series and is well respected. Hopefully someone will take note of his points and act upon them.

After the IndyCar practice this morning, I ran into Derek Daly. I worked with Derek years ago and I know that he is also very involved with the series. I asked him if he was looking to take the vacant position and he looked at me with those Irish eyes and a smirk and said, "maybe."