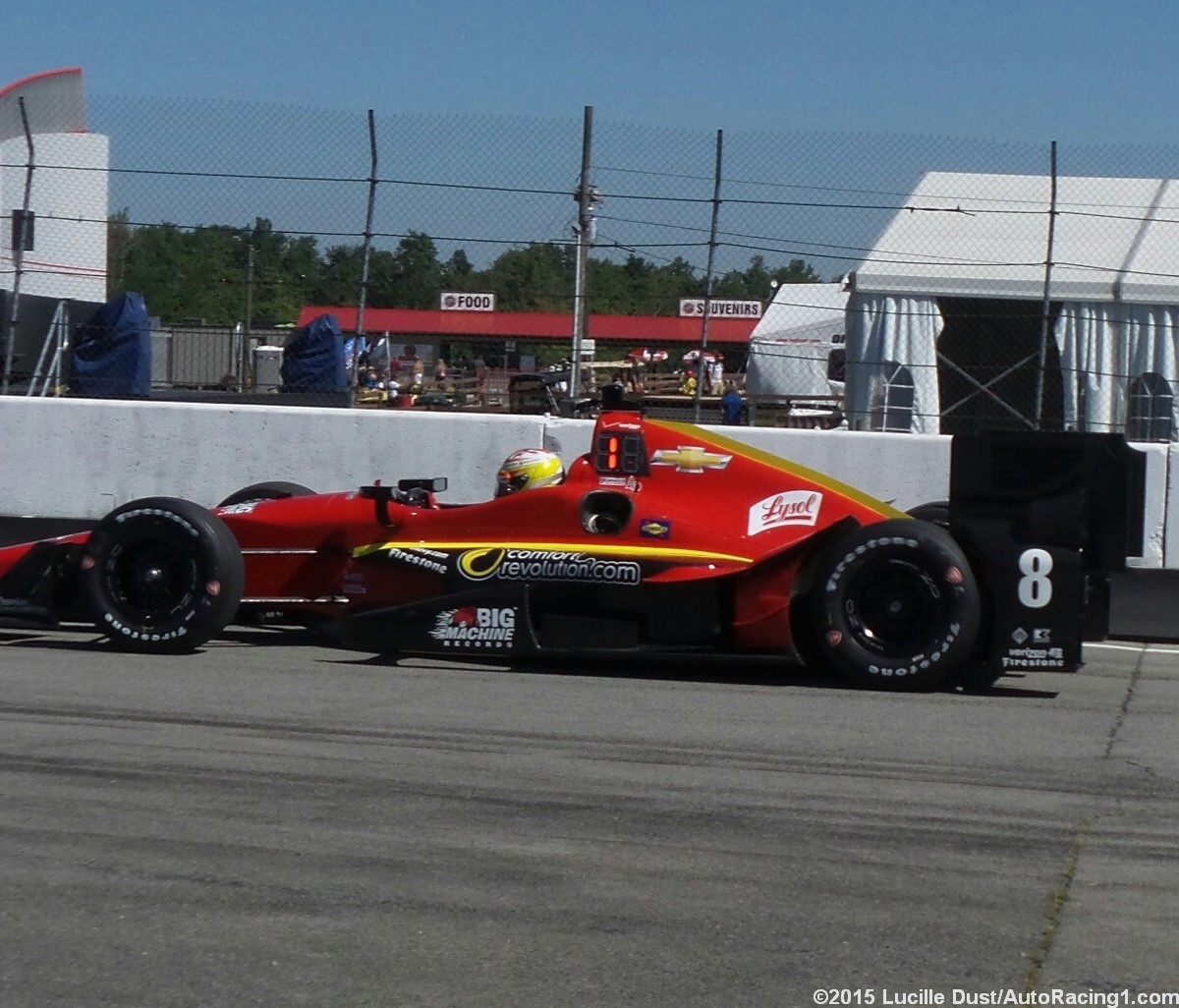 The light-emitting diode (LED) panels displaying a car's real-time running position on track made their Verizon IndyCar Series debut in today's practice sessions. They were an immediate hit with fans and an accepted addition with crews for the good of the sport.

The LED panels are attached to both sides of the cars' airbox, below the camera mount and roll hoop. The current running position of each car is displayed in red numbers and updated multiple times each lap as cars cross the many timing lines embedded in every series track. A running clock will time a car's pit stop in green lights on the panel and a flashing green "PP" will indicate when a driver activates the push-to-pass button on the car at road- and street-course events.

Fan reaction was typified by Lance Fulks, a Mid-Ohio race attendee for a dozen years stationed at his normal spot along the fence in the last turn of the 2.258-mile Mid-Ohio Sports Car Course.

"I think it's a really nice addition," said Fulks, from Coshocton, Ohio. "Year after year, watching, it was hard to tell who's leading the race, what position (a car is running) because you can't see much of the track from any one position. You don't see the passes, that type of thing, so it's really nice to have (the LED panels). Even with all the sunlight, it's easy to see them."

Michael Cannon, race strategist for Tristan Vautier in the Dale Coyne Racing No. 19 Honda, looked at it – typically – as an engineer.

"For the show, I think it's beneficial," Cannon said. "From a team perspective, we just look at it being more weight on the car and go, 'Oh, great, just what we needed.'

"You get some places like Indy – 500 miles, people on different strategies, etc. – sometimes it gets a little tricky for people to keep track," Cannon added. "I know I've sat in the grandstands during the Indy 500 and even I have a hard time following it sometimes. I'm a believer in it."