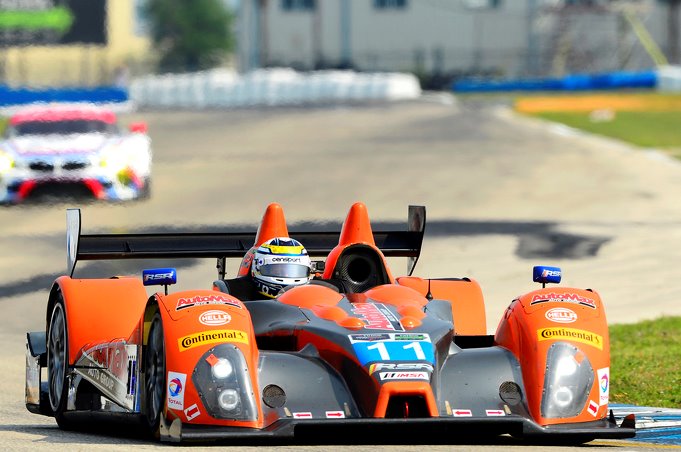 UPDATE #2 2nd Correction, Paul Gentilozzi did graduate from Michigan State University in 1974 with a Bachelor’s Degree in Business Administration, just not an MBA.

Paul Gentilozzi is a businessman first, a racer second. And because he's good at business — he got his MBA from Michigan State University before he ever went big-time auto racing — he has managed to stay in motorsports as a successful team owner and driver since 1985, when he founded Rocketsports Racing.

Gentilozzi has 31 wins as a driver in Trans-Am, a class win in the Rolex 24 At Daytona in 2002 and an overall win in 1994, co-driving a Nissan with Scott Pruett, Butch Leitzinger and Steve Millen. He was a co-owner of Champ Car, and fielded entries for drivers like Alex Tagliani and Justin Wilson.

The Prototype Challenge cars, which use ORECA FLM09 chassis and Chevrolet V-8 engines, is the lead class in this weekend's Northeast Grand Prix at Lime Rock Park in Lakeville, Connecticut.

One of the things that appeals to Gentilozzi about the Prototype Challenge class: "It's a business," he said. "Every Prototype Challenge team on the grid is a separate business. We all have bills to pay, just like any other business, and we don't get help from manufacturers like some of the teams in other classes might. We have to make it work on our own."

One of the aspects of PC that makes it a good business case is the spec chassis and engines — with all the teams running the same equipment, one entry can't effectively win because it had more money to spend on horsepower or handling. "And consequently," Gentilozzi said, "we have some of the best racing in the series."

And, of course, you have veterans like Junqueira. "This is a perfect place for the Bruno Junqueiras of the world. Who wouldn't want to benchmark themselves against a guy who sat on the pole for the Indianapolis 500?"

Gentilozzi — ever the racer-businessman — believes that with a little tweaking, the Prototype Challenge class can get even bigger and better. "This is real racing," he said. "This year, we'll do over 10,000 miles of racing, practice and testing, and with the IMSA schedule, we're doing it on some serious tracks. It's a great class, and I think we can get even bigger."

This weekend's race features the Prototype Challenge and GT Daytona classes, and is the debut of the TUDOR Championship at Lime Rock's 1.5-mile circuit. TUDOR Championship practice opens at 11:35 a.m. on Friday, with qualifying streamed live on IMSA.com beginning at 5:15 p.m. ET.

The Continental Tire SportsCar Challenge opens with a two-hour race at 10 a.m. ET on Saturday.

IMSA.com and the IMSA App will stream in-car cameras, live timing and scoring, and IMSA Radio's play-by-play live on Saturday beginning at 3:15 p.m. IMSA.com and the IMSA App also will stream TUDOR Championship qualifying with the Continental Tire Challenge race, in addition to carrying IMSA Radio with live timing and scoring throughout the weekend.

The TUDOR Championship Northeast Grand Prix will be televised on FOX Sports 1 on Sunday, July 26, from 5-7:30 p.m. ET. by Steven Cole Smith