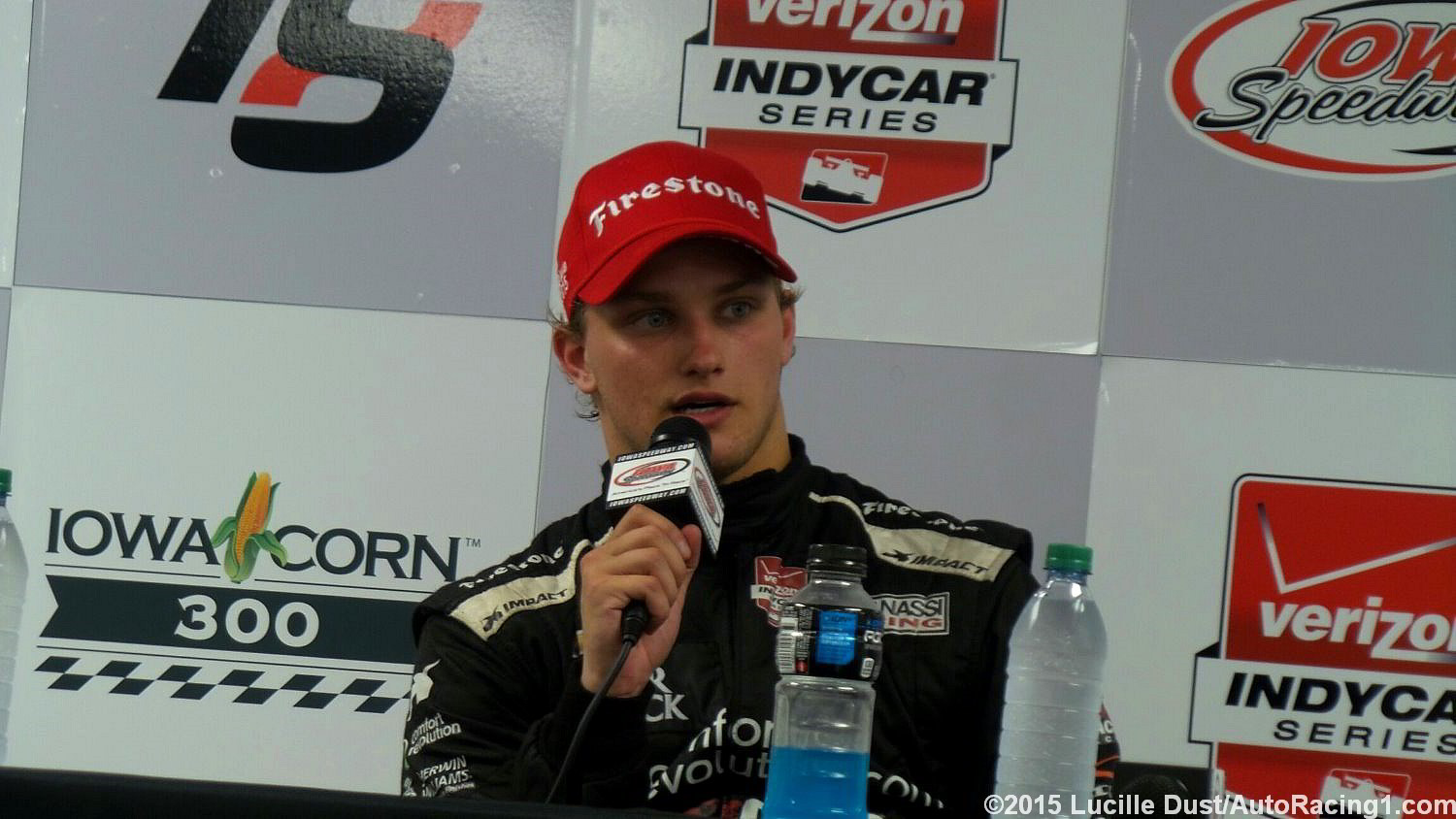 Numbers to note following the Iowa Corn 300 at the 0.894-mile Iowa Speedway oval — the 13th round of the Verizon Indy Car Series season:

2.61 – Average running position of runner-up Josef Newgarden for the 300 laps.

5 – Positions gained by Graham Rahal in the final 30 laps of the race (ninth to fourth).

7 – Wins for Andretti Autosport in the nine races at Iowa Speedway (three by Hunter-Reay, one each by Dario Franchitti, Tony Kanaan, Marco Andretti and James Hinchcliffe).

15 – Indy car wins for Hunter-Reay, who tied Alex Zanardi for 30th on the all-time list. … Positions improved by Sebastien Bourdais (24th to ninth), most of any of the 24 starters.

37 – Passes for position by Bourdais, the most of any of the 24 starters.

46 – Laps in which Rahal improved his position, most of any driver.

246 – Consecutive starts by Kanaan, extending his all-time record that started in 2001.

1,857 – Laps completed by Marco Andretti, the only driver to complete every lap of every race in 2015.