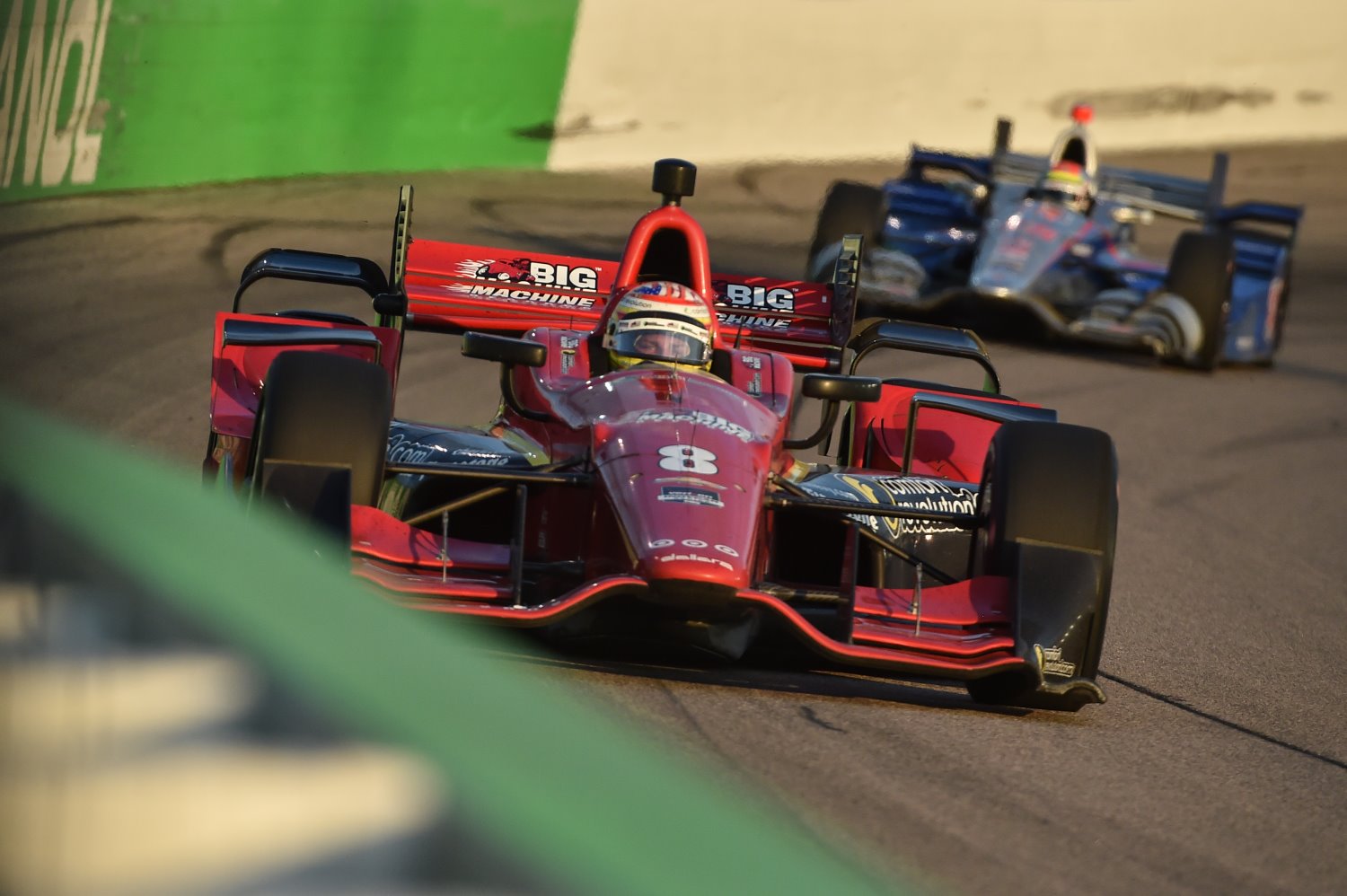 One thing the Verizon IndyCar Series is missing is a villain. A villain is someone fans love to hate. Someone they’re happier to see when their least favorite driver has a bad night over their favorite driver winning.

IndyCar has needed it for a long time now.

During driver intros at a NASCAR race, fans cheer loudly for Dale Earnhardt Jr., but boo just as loudly for Busch.

During IndyCar driver intros, you hear crickets for the entire starting field. There’s not too many cheers and there’s honestly no booing.

But, a villain role is developing for a driver and he and the series needs to embrace it.

Villains sell tickets. The hatred is honestly better than favoritism.

20-year old Sage Karam who was everyone’s darling after a ninth place finish in his first ever Verizon IndyCar Series start in last year’s Indianapolis 500 has ruffled some feathers in 2015.

Karam's driving style is brash as he carries a chip on his shoulder.

Instead of owning some controversial moves, he shakes it off. He doesn’t take responsibility rather saying he's young and hungry.

Tonight, he ruffled feathers with Ed Carpenter when Karam made a block move in the closing stages of the race impeding Carpenter’s progress to get by him.

Did Karam do it on purpose?

He admitted to that.

But, he said he would basically do it again as he had his sights set up front and was trying to salvage a top five run. He didn't care who it was as he was going to do everything he can to win tonight and didn’t care who he made mad in the process.

Isn't that what drivers are supposed to do?

That type of driving has made drivers and some fans mad though. It’s made other fans love him even more.

Karam, is going to drive hard and do whatever it takes to win and not care who he takes out in the process. He’s not going to apologize as he’s going to count trophies instead.

This is exactly what IndyCar needs. A somewhat cocky yet brash up and coming star that isn’t afraid of anyone. He’s fast and reckless and doesn’t care.

He’s also talented and a guy who can win a lot of races and possibly championships in the future.

He’s not scared and won’t back down.

It’s making fans choose sides. Either you like it or not. Fans cheer loudly for him and boo against him.

This is exactly what IndyCar needs. They need a driver like this. They need someone to make noise. Karam, is marketable and needs to embrace this.

IndyCar needs to embrace this.

Karam, is going to make a lot of money playing this role. He just needs to keep it up and play along. Eric Smith/Race Review Online