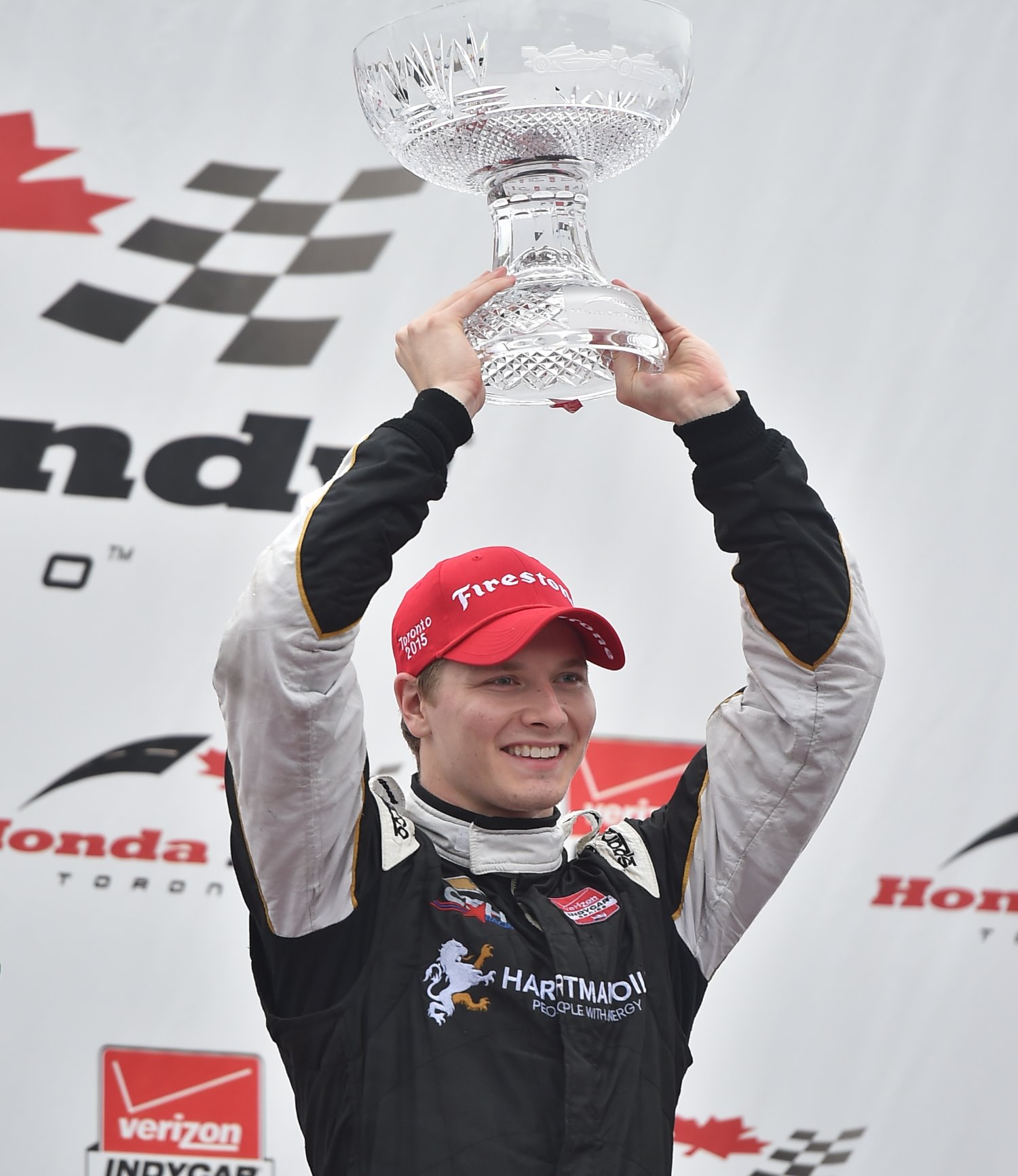 Newton, Iowa (17 July 2015) – All three Rising Star Racing pilots will be in oval action this Friday and Saturday at Iowa Speedway as the Verizon IndyCar Series, Indy Lights presented by Cooper Tires, and Pro Mazda series stage a triple-header race day on Saturday.

Neil Alberico and the field of Pro Mazda runners will open the action with a 100-lap enduro around the 7/8th-mile banked circuit starting at 4:15 CT.

A 115 lap contest will follow shortly thereafter (5:20 PM CT green flag) for Spencer Pigot and the Indy Lights drivers, with some Saturday night under the lights action to follow for Josef Newgarden and the Verizon IndyCar Series field.

Newgarden and Pigot arrive in Newton fresh from last week's oval outing in Milwaukee, which saw them both show strong speed and pole-winning pace. Pigot set a new track record in his Mazda-powered IL-15 for Juncos Racing as his two-lap average bettered 150 mph.

The duo was frustrated in their respective races in the pursuit of a win, as a mechanical issue slowed Pigot's charge, while Newgarden's race pace was hampered by traffic. But the speed and performance were encouraging, particularly as their seasons hit their stride.

For Alberico, the race is the first chance for a podium since a rain-soaked weekend in Toronto (June 14), and just the second of two oval outings for the series in the 2015 schedule. Alberico shined in the previous all-left event, making up position after position in a breathtaking display at Lucas Oil Raceway in May.

"We're going to head to Iowa Speedway with a lot of confidence," said Newgarden. "The team has really responded to anything and everything that has been thrown at them this year. We had a solid performance in Milwaukee, we weren't able to close the deal on a win, but we were knocking on the door. I feel very confident that we can go to Iowa with a strong racecar and keep CFH Racing running up front."