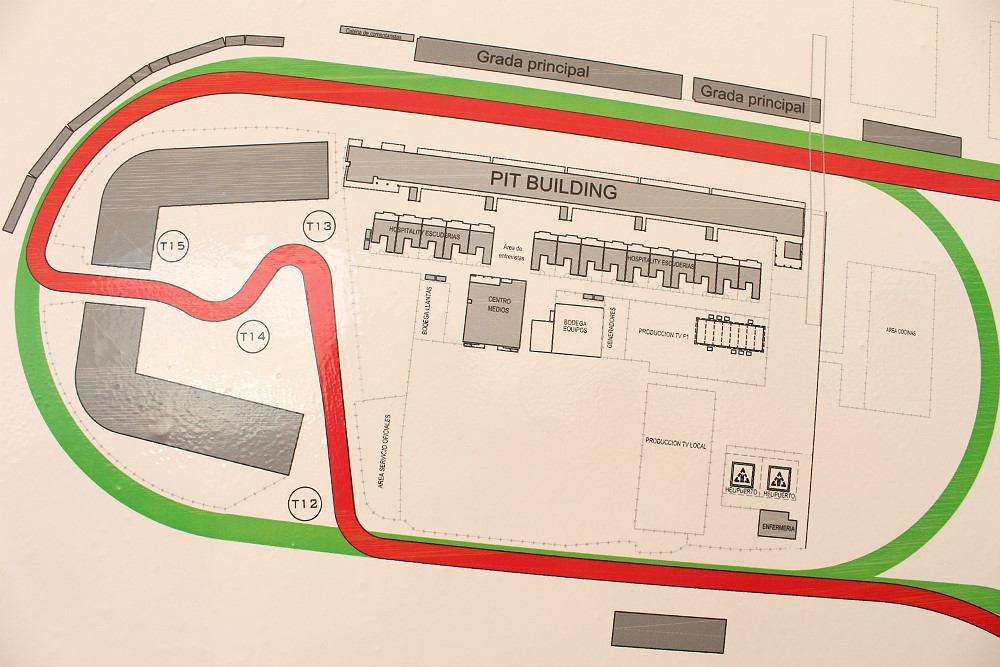 The legendary, sweeping, high-speed end of the lap at the Autodromo Hermanos Rodriguez is legendary, but it has been left out as German Tilke heads the renovations ahead of Mexico's return to the calendar after more than two decades.

"We simply had no space on the outside of this great curve in order to have the required run-off area," Tilke told Speed Week. "And the corner is so fast that it is absolutely a must for safety.

"Another idea was to keep the corner but move it inwards, as we have done at other circuits as well," he explained. "But we were limited because of the stadium."

Tilke is referring to a baseball stadium that is now located on the inside of the Peraltada.

"Also," Tilke continued, "it was the wish of the promoter that we take the circuit through this stadium because it will be really spectacular for the fans. About 40,000 people will be sitting in there."

Tilke said that although time will be tight ahead of the 1 November race date, he is confident Mexico City will be ready.

"The works are still in full swing," he said, "and I assume that we will finish only shortly before the deadline.

"But that is not a specifically Mexican problem, but it's normal on these new or rebuilt circuits. There is a lot to do, but nothing that is a great worry."