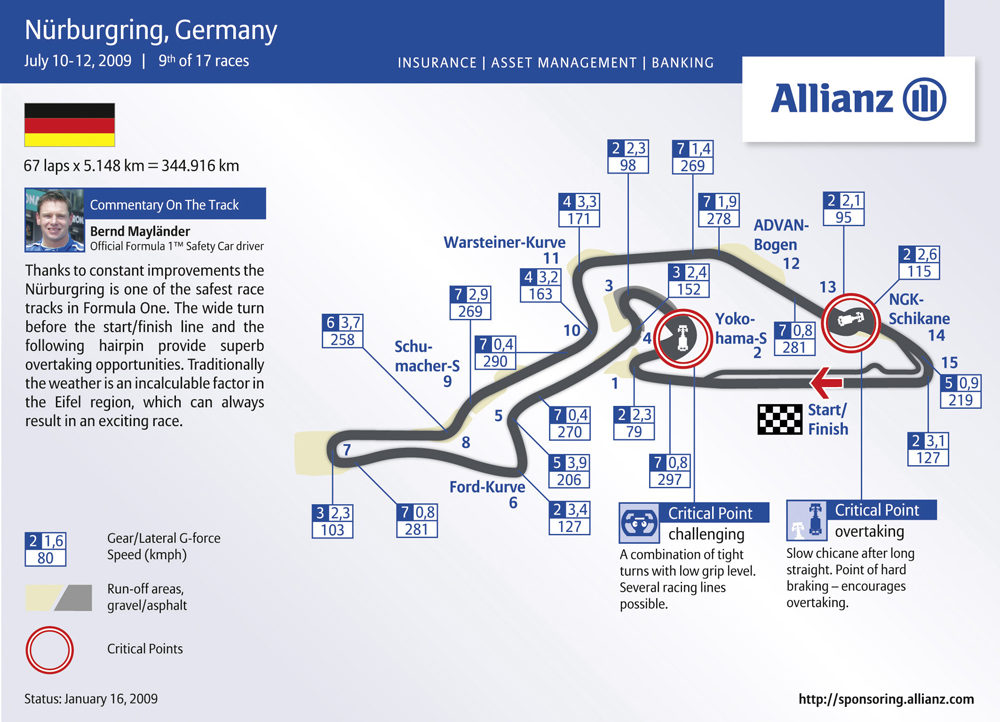 (GMM) The uncertainty about the future of the German grand prix is not yet over.

F1 is currently in a three-week lull between the British and Hungarian races, after the Nurburgring was scratched from the 2015 schedule.

"This is very disappointing for everyone," Mercedes' Nico Rosberg told German media on a visit to Hamburg this week, "but it's important that this is just a break.

"The German grand prix is legendary in the formula one world championship — there has to be a race," he insisted.

Indeed, due to the existing race-alternating deal, Hockenheim is returning to the calendar as scheduled in 2016.

But track boss Georg Seiler warned that, even though the current deal is also for 2018, he needs to fill the grandstands next July "so that formula one has a future" in Germany.

After next year's race, F1 will be back in a 2015-like predicament regarding the 2017 calendar, with no contract currently in place with either the Nurburgring or Hockenheim.

Hockenheim's Seiler told DPA news agency: "If next year the tickets are sold out, it would be possible to think about the possibility of replacing the Nurburgring in 2017.

"But we will only begin to discuss all this in one year," he added.

Referring to the Nurburgring's current problems, Seiler explained: "Of course it was disappointing for everyone. But we must face the truth.

"There was no contract at the Nurburgring. We could have done it at Hockenheim, but only under the condition that, for us, there were no additional risks."

Ultimately, even with the help of Mercedes, a deal with Bernie Ecclestone could not be reached.

"I negotiated with Bernie Ecclestone," he told Bild newspaper. "He told me that he has to pay 900 million to the teams at the end of the year and needed the money.

I understand his problem," Stuck added, "but I would have liked him to have been more accommodating."