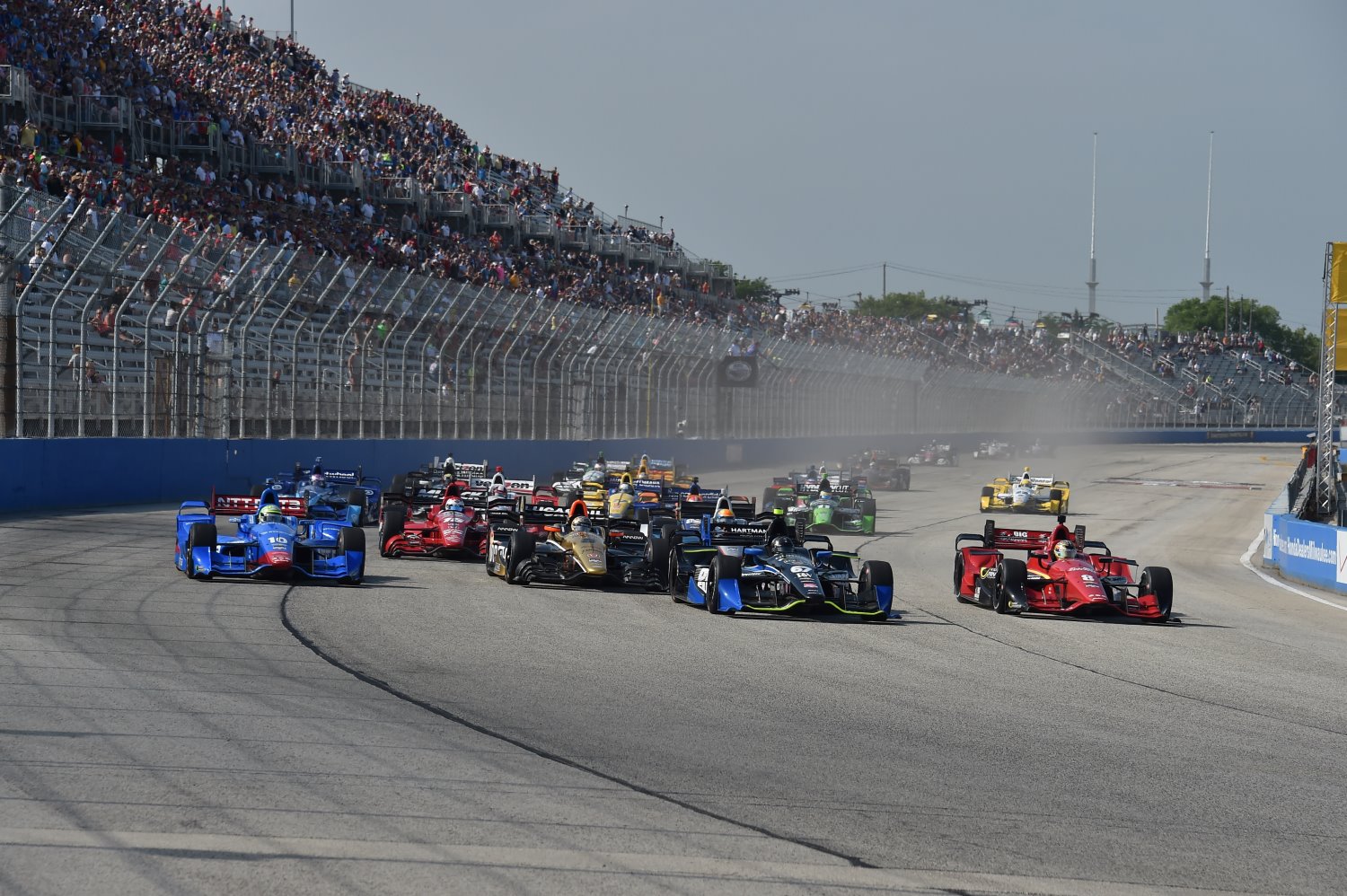 Last Sunday’s ABC Supply 250 was highly competitive and even somewhat surprising with all the overtaking and road racer supreme Sebastien Bourdais scoring an impressive victory. The people who came to State Fair Park were entertained but the question remains, were there enough of them to keep this race on the Verizon IndyCar schedule in 2016?

An optimistic estimate of the crowd was 12,000 (also shared by Milwaukee Journal-Sentinel racing writer Dave Kallman), although Kevin Healy (managing director of the race for Andretti Sports Marketing) told Kallman there were “way more" in attendance.

Approximately an hour before the green flag, Healy told RACER, “We had to close the tunnel because so many people were walking back and forth between in the infield fan zone and the grandstands. It was a nice turnout."

The crowd appeared to be about like last year, when one-third of the 37,000 seats were occupied. This was the fourth year Andretti promoted the oldest track in the country and one of IndyCar’s bastions for nine decades, and Michael Andretti had been quoted as saying he needed to see marked improvement in paying customers to keep going.

“We’re trying to find a way to make this work and keep Milwaukee on the schedule," said Healy of one of the six ovals remaining on the circuit.

IndyCar competition director Derrick Walker said a couple weeks ago that Milwaukee remained in the 2016 plans so its future could be a matter of keeping ABC Supply as the title sponsor.

“They’ve been fantastic," said Healy of A.J. Foyt’s full-time sponsors that are based in Wisconsin. “They know how to leverage sponsorship and they get suppliers and employees involved and they did the same thing when we raced in Baltimore."

Of course the starting time (4:40pm locally) and fourth different date in four years is far from ideal but between the State Fair, Miller historic car festival and IndyCar’s crammed schedule doesn’t make it easy.

“The State Fair Park Foundation has been a tremendous partner, there are lots of moving parts to make it work," continued Healy. “Without their support and cooperation we couldn’t have done it."

Obviously, the ideal time would be a week after the Indianapolis 500, which was Milwaukee’s place for 70-plus years but it’s now a staple for Detroit and not likely to ever change. It’s believed Elkhart Lake will host a race next June but Healy says that would have no effect on whether Milwaukee returns.

“I don’t think so," he says. “The more we can do to grow the fan base, the better for IndyCar." Robin Miller/Racer.com